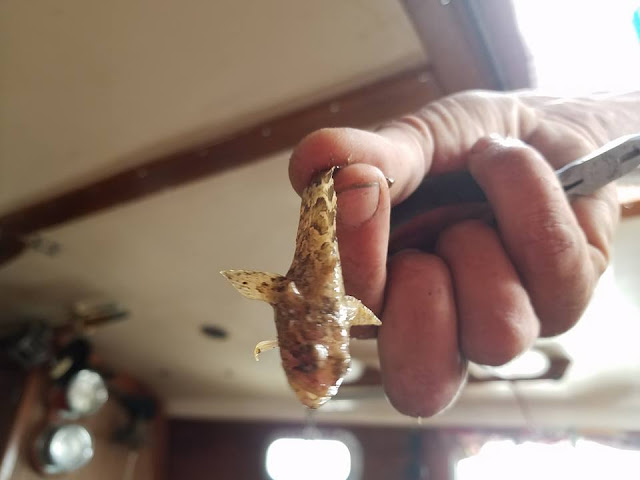 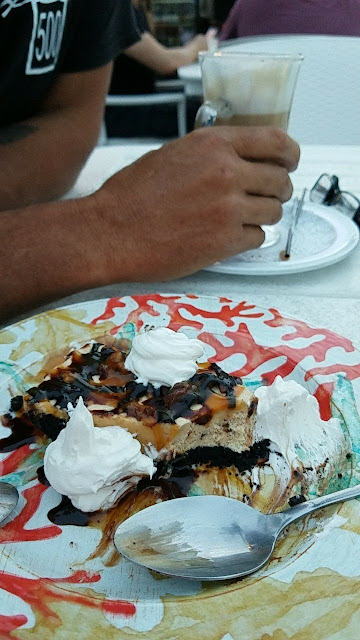 Posted by Lorie Nicolaus at 2:24 PM No comments:

On January 13th, I received notification through Facebook that some good friends of ours were missing at sea. They were aboard their vessel s/v Yachtcruz sailing along the Mexican coast. They only had a day or so left before reaching their destination of San Diego when they vanished.

From the best we can tell, they ran in to some weather and for whatever reason their sailboat went down. Their emergency beacon and bodies were recovered, but there has been no sign of sailing vessel Yachtcruz.

This incident is very sad for Jimi and I. We spent a great deal of time with Patrick and Sandi and thought the world of them. 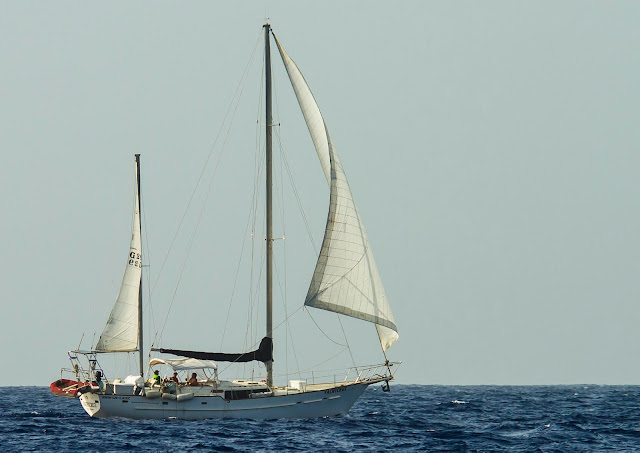 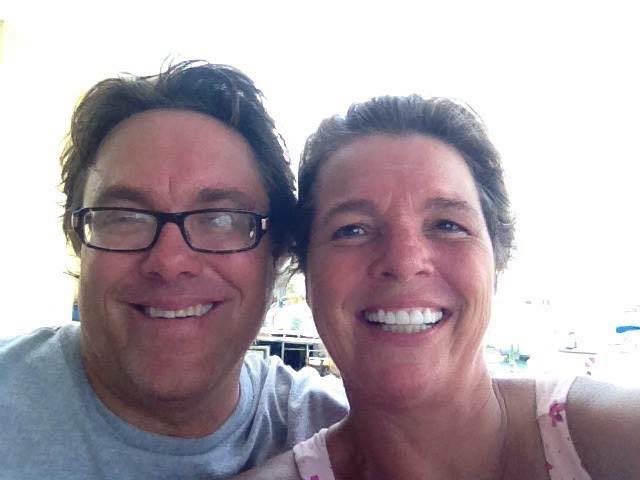 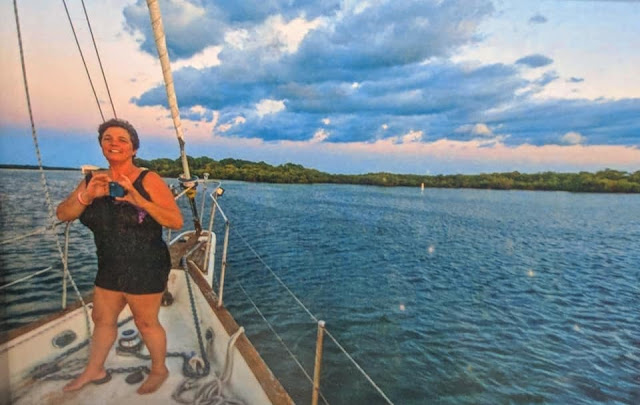 We love you, Patrick and Sandi!

Posted by Lorie Nicolaus at 2:16 PM No comments:

Here are some updates from our travels down the intercostals waterway.

One evening after sailing down the intercostal this happened... “minutes after we anchored, about 5:15pm, we hear a guy hollering. Jimi goes outside and two guys, probably in their late 20s are standing on a fishing boat yelling to get our attention. Their battery was dead and they were stranded. The current so strong that they couldn't get anywhere with their ores. One of the guys had even jumped in the frigid water to attempt to move their boat. They had been stranded for three hours, no one had come by until we did, it was getting dark and temperatures were falling. They were shivering cold. We tried to get them to come inside to warm up, but they just wanted to get their boat started and be on their way. I gave them a hot cup of coffee while Jimi helped them get their boat started. After failed attempts with our jumper cables that no longer worked, Jimi took one of the men by dinghy somewhere to get a battery charger. After about an hour their engine started. Before leaving they insisted we take their catch of the day. We filleted the fish and had a great dinner with rice and veggies.” 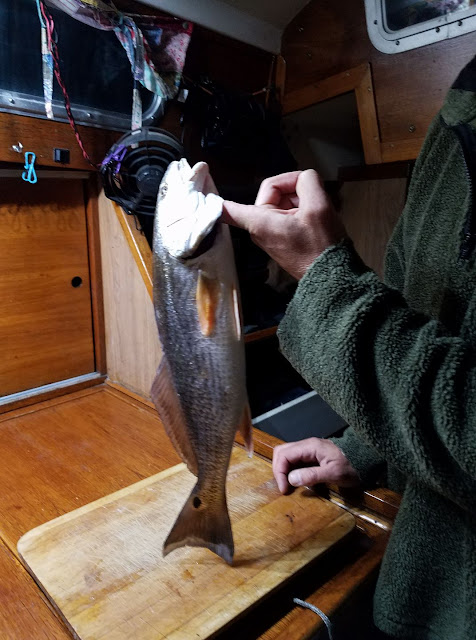 We were in Mims, Florida when I wrote this.  “We're only planning on going about 20 Miles/4 hours today. We're headed for a hole to tuck away from an oncoming storm. All is well but not without some challenges. It’s an adventure, to say the least. Before leaving this morning Jimi had to go in the water to scrape the prop. Can you say BRRRR? He said there may as well have been a tree growing on it. And since we've run aground three times.
Twice yesterday - one which Jimi had to work Sanibel lose with the dinghy.
Today's has been the worse thus far. He couldn't get us lose by working the rudder and prop, which usually works (with a lot of effort). Nor could he get us lose with the dinghy. He loaded the anchor into the dinghy and dropped it afar then reeled us lose with the windlass.
And now it's raining but he's a real trooper. He's out there in the weather being the great Captain he is.
And considering everything, he's in great spirits.” 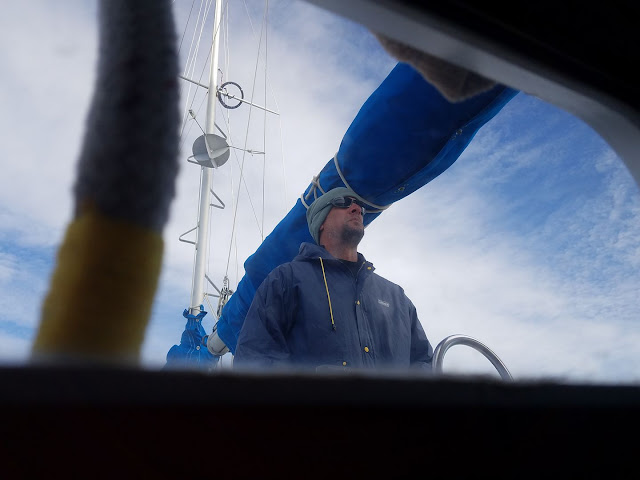 We anchored the next night near Titusville. The next morning, it was so cold, Jimi tried for three hours to get the diesel engine started. He saturated a towel in boiling water and laid it over the engine and continued to do this until the engine finally started.

We hated to pass up anchoring by Cape Canaveral because Space X had some upcoming launches scheduled, but the frigid temperatures forced us to continue further south in search of warmer temperatures.
On January 7th we arrived in Palm Springs, Florida. It was still overcast, however, the weather was warmer with a cool 70 degrees. We miss the sun, but we'll take that opposed to the 30's and 40's we were getting.

We stayed there for a couple of days before we moved on. We had to prepare our minds for the 30+ bridges between Palm Springs and Miami. Normally we would prefer to sail outside rather than the intercostal waterway; however, the calmer sea state on the inside was necessary for me to work for my employer throughout the day.

On January 10th we arrived in Palm Beach. After 18 days we were finally able to do laundry and 11 days since our last shower, we got showers too. We still hadn't seen the sun and struggled for electricity, but we took our electronics to shore and charged the batteries while we did laundry. We were members for a day to the Palm Beach Yacht Club. Our grand eating-out expense for the month was a huge bucket of fried chicken from KFC. Woohoo

Overcast and scattered showers for days on end, however, I'm pleased to report the weather had at least warmed and we were still at a comfortable 70+ degrees.

We tried to walk around town a bit and find some groceries, but it was grim. Again, we found a Walgreens, but that was the extent of it. The area wasn’t a place we felt comfortable walking around. The liquor stores on the corners with groups of scruffy men hanging out was a little disconcerting for me. We stayed for a couple more days and then decided when we should continue on.

We spent an overnight anchored in Lantana and walked to the beach. It was refreshing. 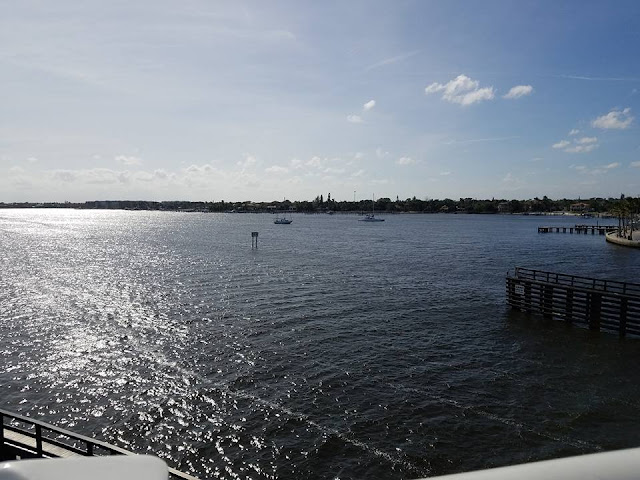 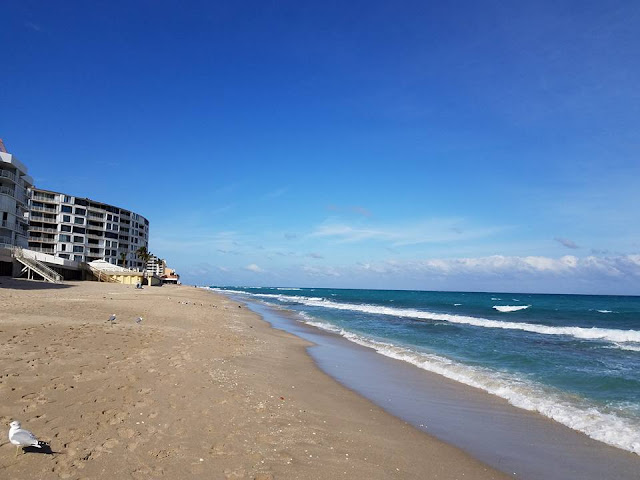 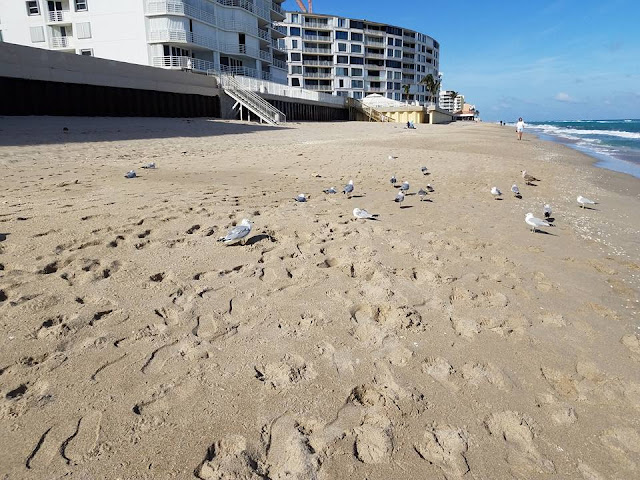 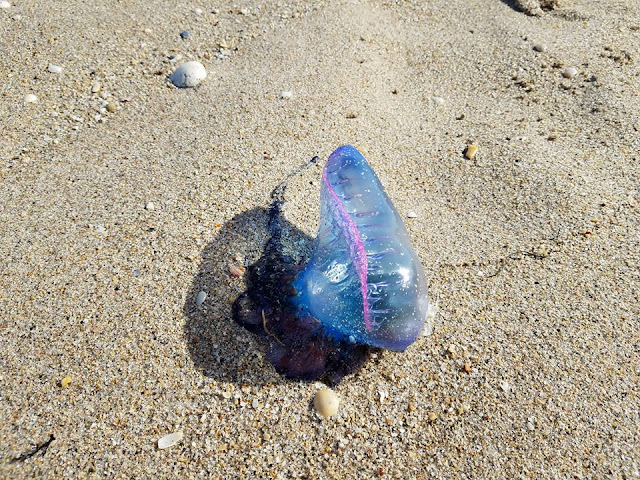 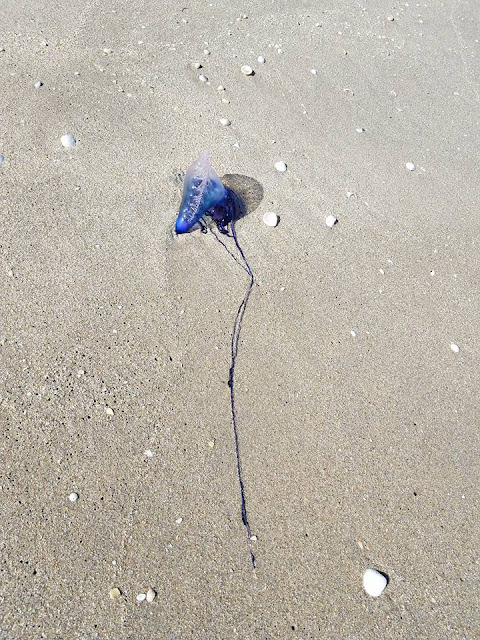 Posted by Lorie Nicolaus at 2:15 PM No comments: