The cold and flu season has officially arrived, at least for me that is. Tuesday morning I felt the onset of a head cold and began trying to fight it off. As the day went on I just felt worse and worse. By Wednesday afternoon I was miserable and left work about an hour early. I stayed in bed until Thursday afternoon, at which time I was feeling better. I got up and cooked supper, worked on my Spanish lessons, scrap booked our Taos trip, and made brownies; and I had plans to go to work on Friday. Doing those things was probably a bad idea considering by bedtime I had nearly gone through an entire box of Kleenex, had a throbbing head, and was coughing up a storm. Once again I was deemed to bed, but this time until Saturday morning.  I am still hanging on to the shirt tail of my cold, but I am back at work with a clear nose and head, yet an occasional cough makes its presence known.

Despite being sick and stuck in bed I managed to I spend some time attending to my online writing club and made significant progress on my Spanish lessons. I am almost caught up to Jimi.

Saturday morning we watched the movie "The Godfather" and later "Godfather II".

Saturday evening, we went to the University of Colorado football game. My girlfriend, Vicki from work, her boyfriend and son also went. We didn't stay for the whole game. It was cold the game was kind of boring; probably because we aren't really fans and not to mention because our home team was playing badly.

Sunday we went shooting with friends, Brad and Ellen, at a shooting range in the mountains. We shot a 9 mm, a 22, and a 357 Magnum with both 38s and 357 bullets. Jimi also brought his 12 gauge shot gun, but he was the only one who shot it. We shot targets taped to boxes and full pop cans. We had a great time.

Sunday I helped Jennifer Nance take her dogs (Molly and Razor included) to the pet clinic for their annual shots. It was wonderful seeing the little dogs again and they were oh so excited to see me too.

Jimi worked on fixing the brakes on my car along with some other maintenance for our trip. He put in a new master cylinder and we sure hope this fixes the problem; however, just a few hours after the breaks were fixed something else went wrong and the idle was not high enough to even keep the car running. I am now driving the truck and he is trying to investigate what it wrong with the car.

Jimi won a contest making a poster advertisement for a local karate school and earned $100.  His first paid job.

I'm not sure if I will be writing next Monday, since we will be busy visiting loved ones. It may be that I will skip next Monday and catch up the week after when we return from Illinois and Michigan. 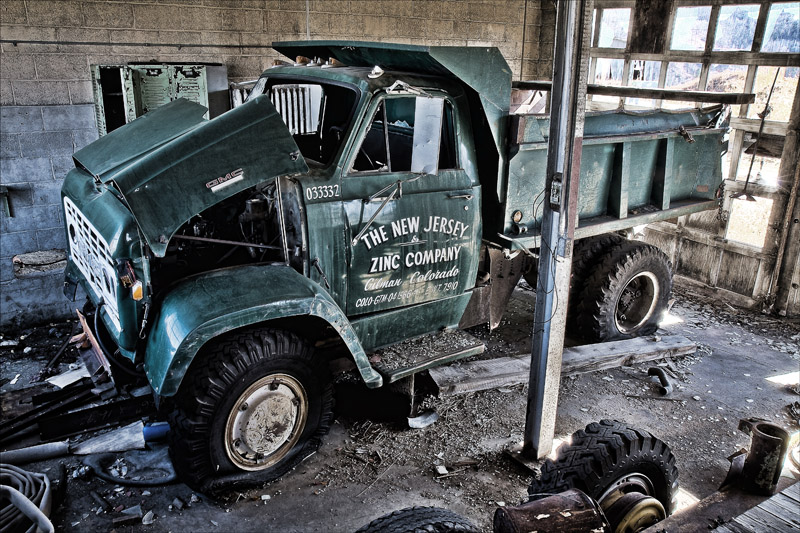 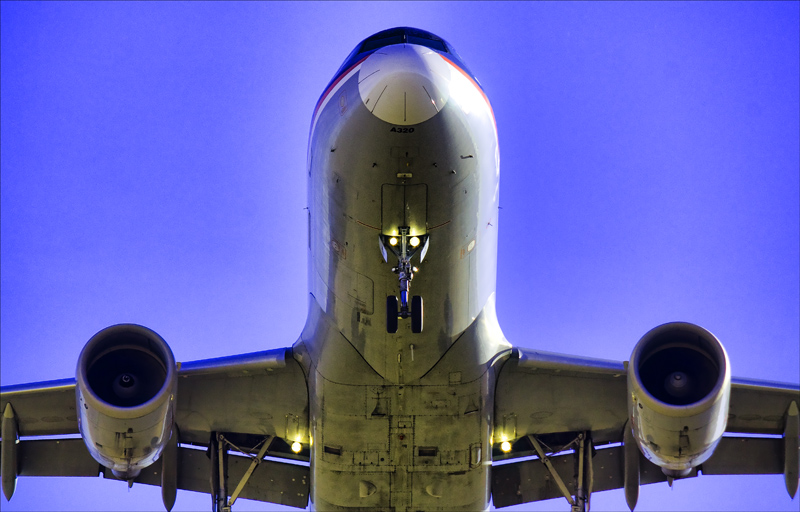 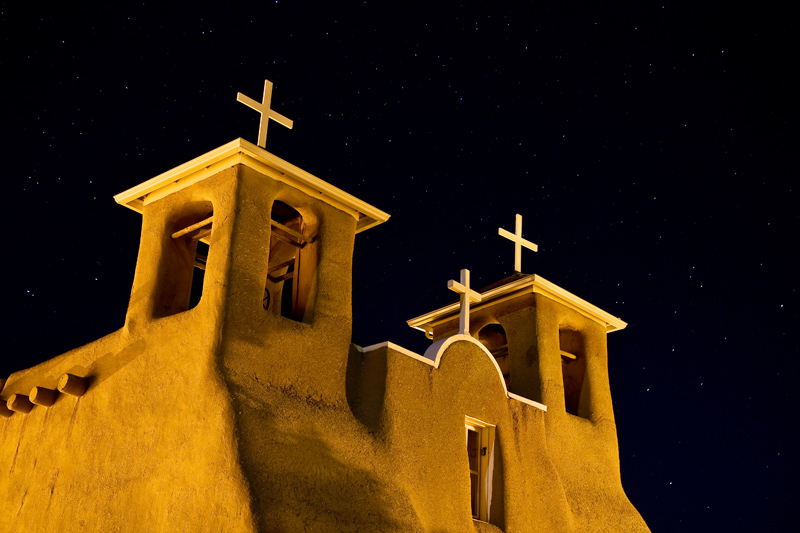 Happy (late) Halloween to you!


Hello hello! We don't have anything overly exciting to report: this past week was simple. We had two fun events and otherwise it was nothing other than normal everyday stuff.


I worked for Crocs and Cencorp; and, Jimi went to school; nothing new there. Tuesday evening we were both at home working on various projects and things. Wednesday night Jimi watched his weekly shows on the Discovery channel and I went to the coffee shop with my girlfriends.


Miller finished his antibiotics. The growth on his gums did not go away, nor do we think it will; however, if it were infected, the infection should be gone now.


Thursday night we went to the hockey game. The Avalanche played the Bluejays. Our seats were club level, and though our seats were awesome, the Aves did not play well. The final score was Bluejays 4 and Aves 2. Hockey is an exciting sport to watch; much better that football and basketball, in my opinion. Through most of the game we were on the edge of our seats, and despite the Aves poor playing, we had an awesome time.


Friday night was our Halloween costume party at the Moose. The evening started out 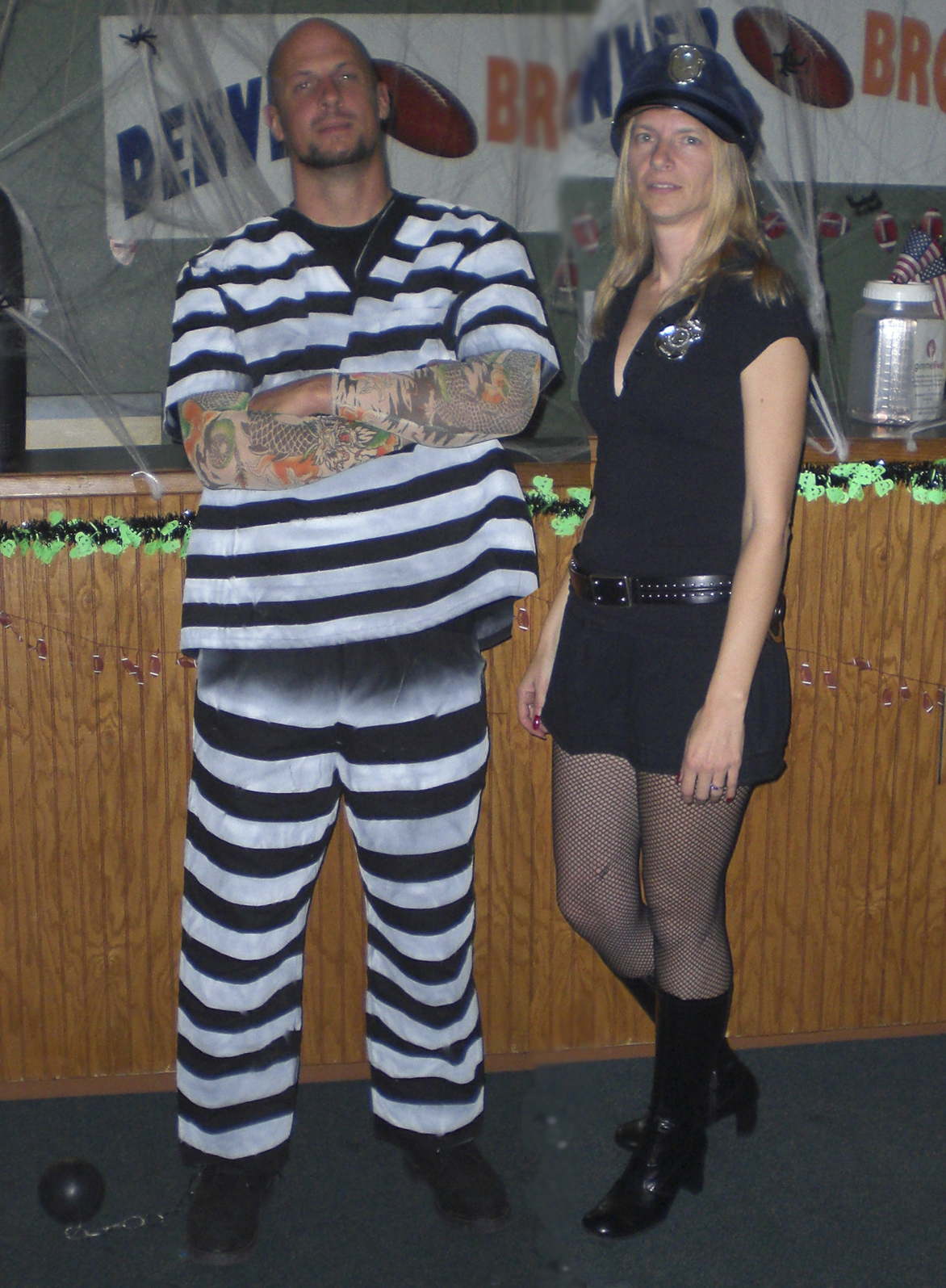 a little slow, but once we moved to the back room and got into a few games of poker pool, before we knew it they were closing the place down. Tammy was Peter Pan and Greg was Hook. Brad was a Pirate and Ellen was his Wench. Of course, you already know that Jimi was a convict and I a sexy cop. When the Moose closed, all six of us headed over to the Red Zone, but we only got one drink in before they were also closing the doors on us there too. We felt we could do nothing else but to call it a night, or in this case call it a morning – hardy-har-har.


Saturday morning we met Brad and Ellen at Lucile's Creole Cafe for breakfast. It is one of our favorite places to eat breakfast. They pride on their Louisiana style dishes, including homemade condiments: hot sauce, ketchup, syrup, apple butter, and more. And to boot, they have the best biscuits and gravy anywhere. After breakfast, Brad and Ellen headed home to Denver. Jimi worked on my car, while I did laundry and putzed around the house. Since this would be the last weekend with Razor and Molly we took them on a very long hike. That night we watched a couple of movies: Saw II and Pay it Forward. If you have not seen Pay it Forward, we recommend watching it. It is a very moving movie with a message.


There is still no news on refinancing my house. I knew "ordering the documents" was just too good to be true. Where it stands now is the underwriter again pulled the loan back, because she does not want to accept my second income. I will continue to keep you posted.


Sunday morning we went to Café Luna for Cappuccinos and bagels. I scrap booked our Halloween pictures, Jimi talked to his dad for a while, and then we took the dogs on a picnic lunch. We stopped by the book store, where Jimi found a book he bought, and later that evening I went to the grocery store. To complete our day we watched Saw III.


Jimi attended a free clinic at the college a couple of weeks ago. It was a great opportunity for him to get checked out, since he does not have medical insurance. He received the results from his lab work back this week, but they are written in code (Doctor's language). He has done some research on the internet and thinks he has determined that everything came back normal.


I have added our Europe vacation scrapbook to our blog. Be sure to check it out and make sure you have plenty of time when you do, because it is a big one. I did a lot of research on the history of the places we visited. Unless you want to, it is not necessary to read everything.


The holidays are near: only 3 weeks until Thanksgiving and 7 weeks till Christmas. Have you started your Christmas shopping? We started ours online over the weekend. Talk to you soon.