The showing activity on the house has definitely increased. We had three showings in four days and then two more showings this past weekend. We are hopeful and confident; it's just a matter of time now.

I worked all week, as Jimi also worked delivering pizzas. We had lunch with Vicki on Wednesday. I met Brenda for dinner on Friday, and Saturday we spent the night in Denver visiting friends, Janka and Juraj.

Last week the weather was so nice, Jimi and I were taking long (average 3 mile) walks nearly everyday. This week the weather is really really cold, with a high of 0 degrees today; ouch. I am so thankful I don't have to go out and I can work from home.

I still have not a word from Jennifer; therefore, I know nothing about her discharge or when she will be here. I haven't given up hope yet though. Maybe no news is good news and they have decided to keep her. :-)

Well, my update is really short this week. But, I don't want to bore you any more than I already have.

Please pray for my long time family friend, Sally Goetzke, as she had surgery yesterday.

Lorie and Jimi
Posted by Jim N at 8:40 PM No comments:

Home is where Jimi is

I'm home and I am so happy. Home is where Jimi is; making the most of it and not taking it for granted, as I don't know when I'll have to leave again. With the new system Cencorp adopted, I am paperless. This means I should be able to work totally from anywhere I'm at only needing to travel to McAllen in certain instances.This makes me happy. 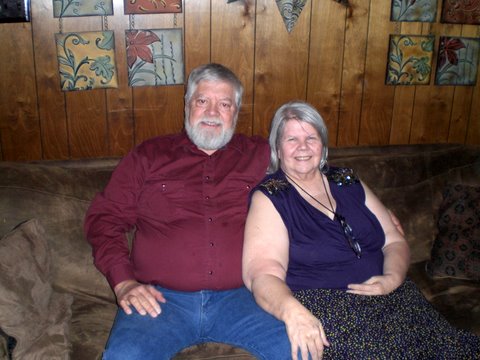 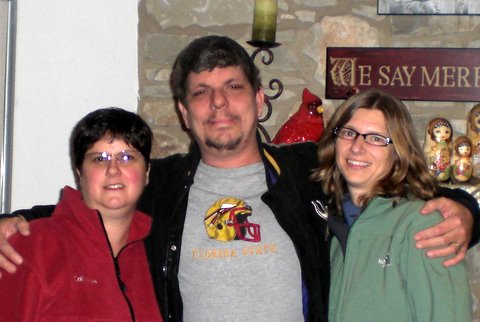 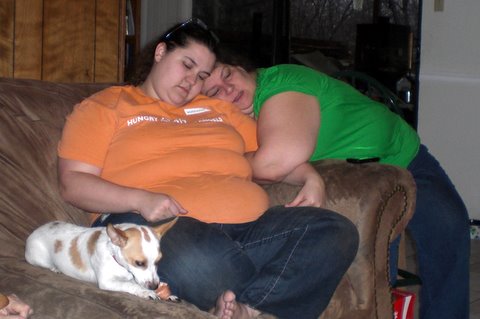 When I arrived home Friday evening, Jimi was at work; however, he left me a bouquet of fresh flowers and a strand of black pearls with a note welcoming me home sitting on the kitchen table. 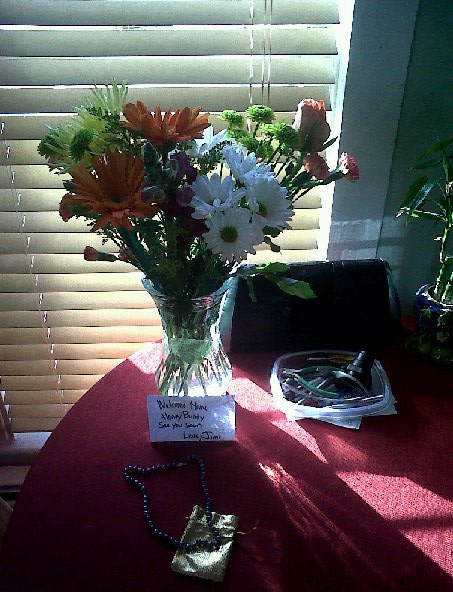 We spent the entire day on Saturday rearranging the house to make it more inviting for showings. The shows are increasing. We had one on Friday and another on Saturday. Our bedroom and an office for Jimi is located in the basement. We converted the storage area in to a walk in closet and it looks pretty nice. The main level now has a dining room, living room, the kitchen and the bathroom. We didn't make any changes upstairs. It still has my art studio, my office, and the spare bedroom. The changes are different, but we will get used to them and are certain the showings will be better received.

Sunday was a lazy day. We kind of putzed around the house, took a long walk around the neighborhood, and then Jimi went to work at 4pm.

I finally heard from Jennifer yesterday. I am sad to report she is coming home. Thank you to everyone who prayed for her. I will give a further update on her status in the near future.

That's all for now. Love and Prayers.

Hello, hello to all. I've had a great week, as well as Jimi, but going on three weeks away from home is a little long. I am home sick and Jimi is Lorie sick. Ha-ha.

I'm learning lots with the new system at work and Jimi is doing well at his new job. After just one week, he has been given the opportunity to pick up extra shifts and first choice of what nights he wants to work. He chose Thursday, Friday, Sunday, and Monday. Furthermore, the man he is working for is an expert sailor for the type of sailing we will be doing. That's so awesome for us. Jimi will be getting a lot of info and advise from him.

Last Friday night, Jimi went to Denver to begin another time lapse photography project. He was able to get some shots, however, it was quite cold and after 2 1/2 hours he called it a night and went over to Brad's house for rest of the evening.

I spent the weekend in San Antonio visiting life long friends, whom I consider family. I took pictures, but did not bring my card reader with me, so I will have to send them later. Judy, Gary and I stayed up late talking and catching up. Saturday, I tagged along with Judy and Phillip to a friend's birthday party. I visited with Dick, Sally, Cathy, Kyla, and James for a while until Judy and Gary treated me to sushi just as we used to get in Japan. Phillip and Katy joined us and it was a wonderful dinner. I received a real special treat when Bill, who drives a semi cross country was able to stop in to see me too. Of the four kids in the Goetzke family, Bill and I are the same age and have always been close - like brother and sister. Judy and I wrapped up our visit Sunday morning and then I was off back to McAllen.

I received a phone call from Jennifer on Saturday. She's slipped back in to the "I hate it and want to come home" stage. I feel as though coming home for the Christmas break was hard on her. Please pray for her. The last time I sent the pray chain out, her attitude changed quickly. Time is critical now and we need extra prayers for her to make it.

Well that's all for now. Love, hugs, kisses, and prayers to all.

This trip to McAllen has been quite different for me. Normally, I am on my own after working in the office all day. However, now we have so many people in from out of town and we are all staying at the same hotel. So of course, meet up after work for social time. I have not been able to do much reading; however, I have managed to get in at least 1 hour per day in the gym. The gym equipment here is state of the art. Each piece of equipment has a full TV (with cable) on it. I plug my headphones in and go to town spending up to an hour and 15 minute on the treadmill alone. I am so spoiled. We've gone to BJ's bar and grill twice, the Cracker Barrel, a few other places. Over the weekend Tom, Gerardo and I spent the day on South Padre Island. We ate sea food on the pier, which was on bay side of the island. We walked the beach on the Gulf side of the island and did some shopping. Sunday, we went to the Rio Grande Outlet Malls near McAllen. These outlet malls are nothing like the ones in Colorado. They are much larger; however, I did not find the prices all that great. And that would be because I am NOT a name brand shopper. For those who are name brand shoppers, this is the place for them. It was really nice to get out there and see the shops and walk in the warm weather.

It's fun being in the office again with my co-workers, but still not quite the same as it was in Longmont. Still I am enjoying my time with them.

Jimi started a part time pizza delivery job for a little family owned place in North Boulder. He works Wednesday, Saturday, and Sunday evenings. This is so great for him. It will give him a little something to do, while we wait.

Jimi tells me we had a showing on the house on Saturday. It is too early for feedback at this point though.

Jimi went to Juraj's house Friday night. The two friends hung out at the house and then got up early Saturday morning and had a fabulous time with back country snowboarding. They did about 12 runs or so. I'm so glad he got out and had a good time. 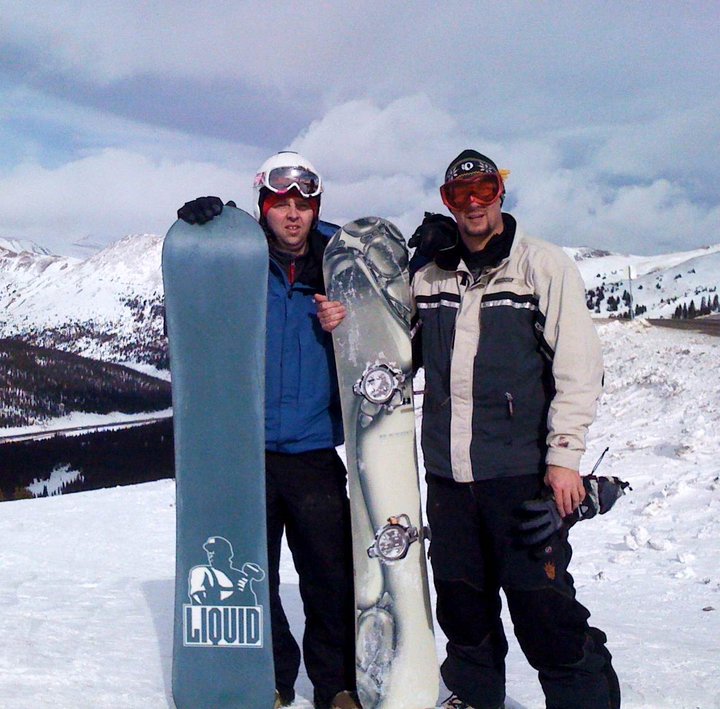 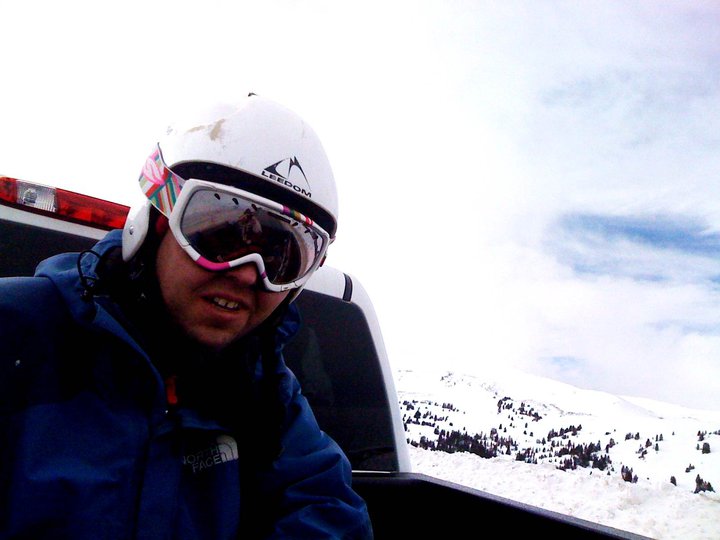 I will be in Texas another two weeks. We are so busy here and getting off work on time has been a challenge.

I finally got a letter from Jennifer. Just as I suspected, it was hard for her to get back in to the groove, but I know she will overcome it. Lots of prayers directed her way in a major help. I've attached a picture of Jenn at basic coming out of the gas chamber. She said alot of soldiers were vomiting when they came out. Yuck - I don't want to do the gas chamber. 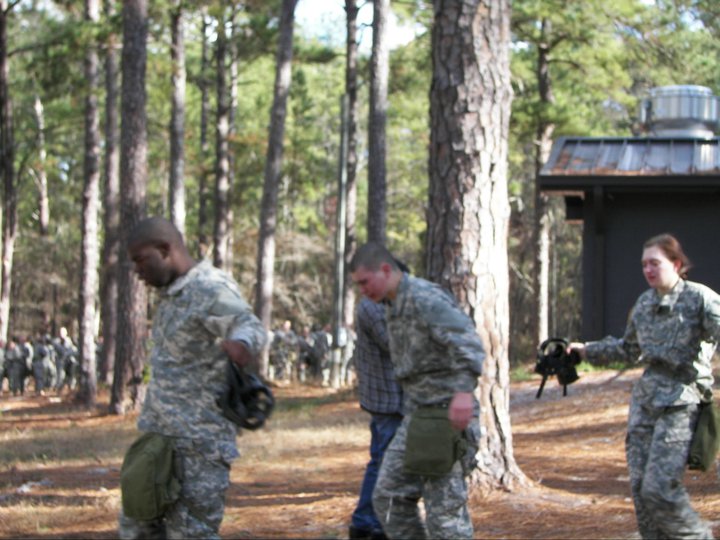 After getting home from Nebraska last Sunday, it was back to work for me. Jennifer continued to use her time to relax and hangout with her friends. She was able to visit with her grandparents in Loveland, had lunch with her Uncle and spent New Years with her 'bo' Dustin.

Jimi bought a book titled "This Old Boat" and spent a great deal of time reading it. It is about 'do it yourself' boat repair, which is going to be extremely handy for us. He says the book is very detailed and a great investment.

I worked on finishing our 2010 scrapbook, photographing the pages, and uploading them to our Totem. Check it out by clicking the link. http://dogbonegraphics.com/blog/?page_id=1729

Jimi and I spent another New Years with our good friend Vicki and her new boyfriend, Jason. And as always when we are with Vicki, we had a fantastic time. We spent the first day of 2011 by going to breakfast at Lucille's, and then laying around the house. 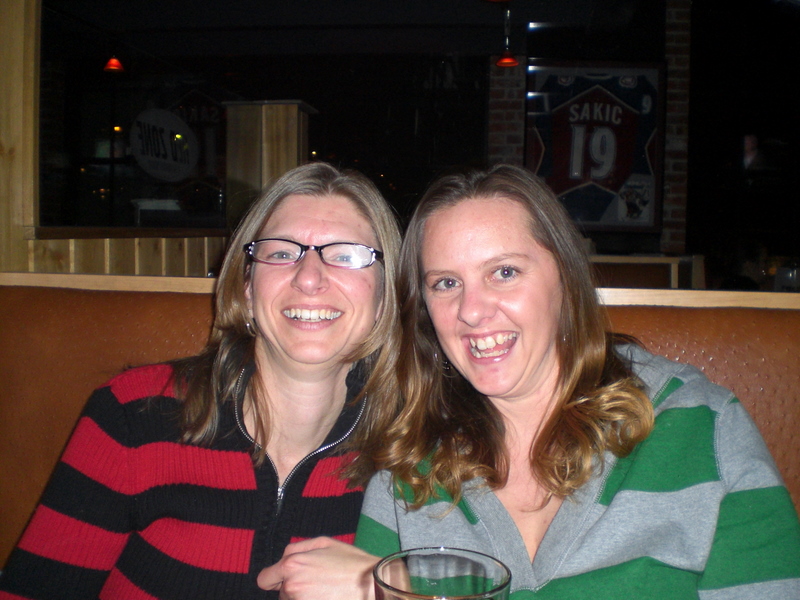 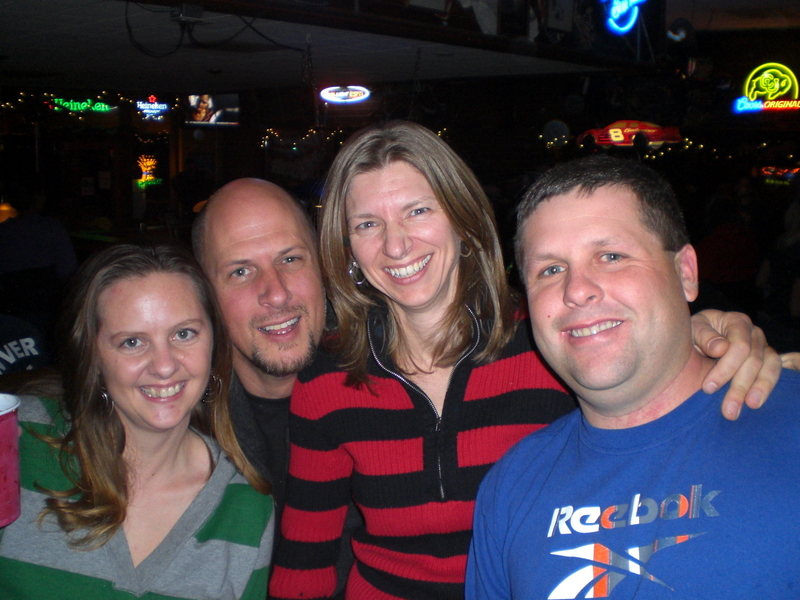 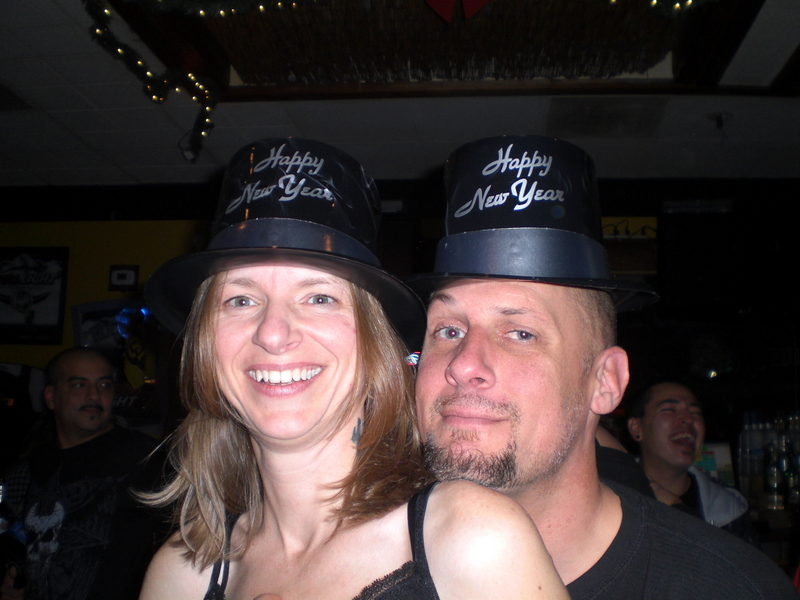 Sunday night we had dinner with Jackie, Shawn, and Dustin. For more than six years, Shawn, Jimi, and I worked together at Cencorp. And I've know Jackie since our children were in elementary school. It had been a while since we've seen them and it was great catching up again.

Over the last month or so, Jimi and I have watched all six Harry Potter movies and found them quite good. Jimi hasn't seen the newest one yet, but hopes to soon.

It got very cold here with sub zero temperatures. We barely even wanted to go outside, much less drive in it and with that said, as much as I will miss Jimi, I am so happy to be in Texas. :-) Jennifer and I left at 4:30am Monday Morning flying together to Dallas, Texas. Jenn then got on a flight to Atlanta and I to McAllen. Next time we see Jenn it will be at her Basis Training Graduation on February 17th. Keep the letters going to her. And though she has little time to write back, she appreciates receiving the letters. I will be in Texas for three weeks this trip. Jimi has a few things planned to keep himself busy. 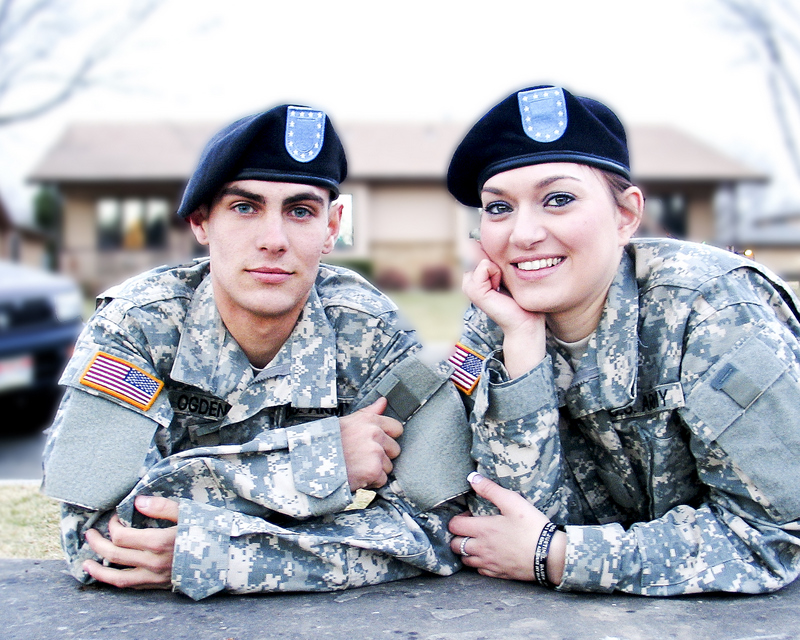