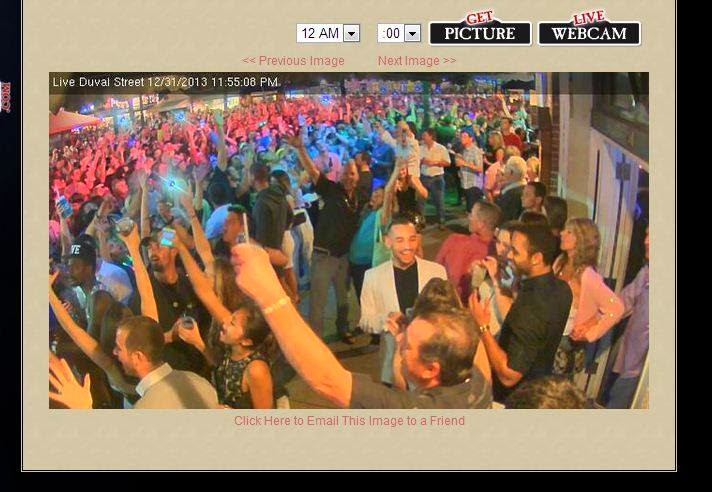 In the past month we made it through Christmas, celebrated New Years, weathered a severe wind storm and acted as Key West tour guides to our Colorado friend, Juraj.

In December, Key West and the surrounding areas were hit with a severe wind storm with winds that reached 45 knots for more than a twenty-four hour period. As the storm grew, Jimi made his rounds on deck where he discovered a few items of concern. When he checked the anchor rode, he saw it was badly chaffed and ready to break. The line would not have held out the force of the winds. He was able to replace it with a much stronger line fixing the problem. In addition, as the dinghy bounced around we were worried about it surviving the night. The seas were too rough for Jimi to get on it to secure more line, so he had to come up with another plan. He secured it with an additional pirce of shock cord to absorb the forces of the waves. The third item of concern was the speed of the wind generator. We weren’t sure it if could handle the high velocity wind. However, with Sanibel flopping around like a fish out of water there was no safe way for Jimi to climb the mast to stop it from spinning. We had no choice but to let it go. The good news was after months of low batteries, the wind generator produced enough power to give the batteries a full charge and we were dumping power. When we dump power it goes to our water heater. For a short while after the wind storm, we had hot water to shower with – except, with no furnace, it was too cold for me to remove my clothing to shower. The perfect example of being stuck between a rock and a hard place.

During the wind storm, about 10 p.m., a sailboat about our size dragged anchor and swept by us in the turmoiled seas and ragging winds. As it’s bow reached our stern quarter it crashed with great force into Sanibel. Jimi was in the saloon; from there he felt the impact and heard the loud canon like noise. I was laying in my berth at the exact location of the hit. I can barely describe the noise and feelings that flourished through my body at the time. I grabbed my flashlight and checked for any internal damage…there was none. Thank goodness. When I arrived in the saloon I saw Jimi on deck watching the culprit still just twenty feet from us. The boat was still dragging anchor. He rushed back in and grabbed the VHF radio.  When he contacted the Coast Guard and they asked him the vessel’s location his response was “ It’s between Fleming Island and the channel marker….uh, there’s no more channel marker. The vessel took it out”.

I stayed up for a while before retiring to my berth for the night. When I did go to bed  I was in and out of consciousness through the night. Jimi remained in the saloon until 5 am, where he dozed a  little and then slept in his berth for a few hours.  The bad weather lasted through the next day before slowly calming. The damage to Sanibel was minimal. There was no damage to the hull side, the solar panel missed the impact by inches, however, the mount was busted, the stern rail was bent and a couple of stanchions were bent up. Jimi has salvaged some parts from other derelict boats and purchased a few minor things. All in all we came out ok.  The boat that hit us sustained much more damage, and yet it still floats and is re-anchored by its owner in the same location where it first began to drag.

This year’s Christmas was the quietest I’ve ever had. I missed my family like never before.  Jimi and I attended the Christmas Eve service at the Methodist church and then returned to Sanibel to wait for Santa Clause. Christmas morning we exchanged our gifts; Jimi received an antique flask and a Pepe’s t-shirt, which is a shirt from a local and classic establishment in Key West. I received a dress by Jams World and a bible safely stored in a beautifully crafted cigar box. We finished the day with a repeat of our Thanksgiving day dinner by grilling a small turkey breast on the grill served with all the fixins: mashed potatoes, green bean casserole, sweet potatoes and pie.

Being in Key West for New Years, we couldn’t do anything else but to spend it on historic Duval Street. The streets were closed off for patrons to celebrate. Shop owners threw beads from the roof tops, people danced and laughed, hooped and hollered. We relished in bringing in the new year on the southern most town of the United States. And we strategically placed ourselves in front of the live web cam located outside Sloppy Joes for several pictures. The pictures were available on the website for twenty four hours after the shots were taken. Jimi was able to download all of them.

One of our dear friends from Colorado, Juraj, flew to Key West to visit us and Sanibel. He was our fourth overnight guest in the first year of our live-aboard status. We took him to all our favorite places like Pepe’s, which has Yuengling drafts for one dollar and the Cuban Coffee Queen, which serves the best Cuban food anywhere not the mention their perfectly brewed Cuban coffee. We walked him through Mallory square. Jimi and I  typically avoid this area, as it is filled with a mile or more of street vendors and street performers. The tourists are so thick there’s no chance of walking side by side or even staying together. But it’s a must see at least once and the view of the sunset is absolutely breathtaking with the tall ships sailing in the foreground. We rented bicycles for a day riding all around the small island to the Hemingway house, the lighthouse, the southernmost point of the United States, the beach and more. 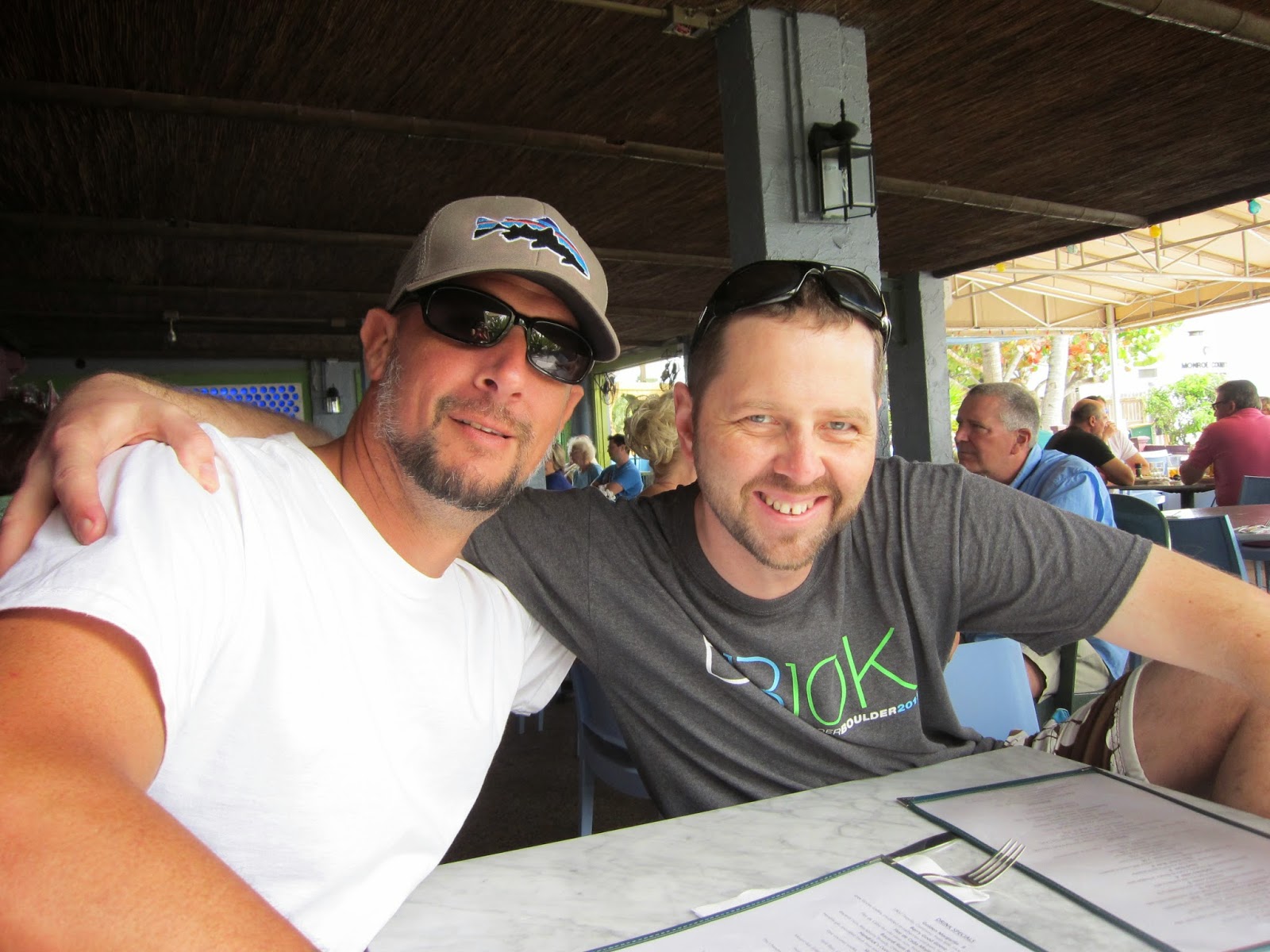 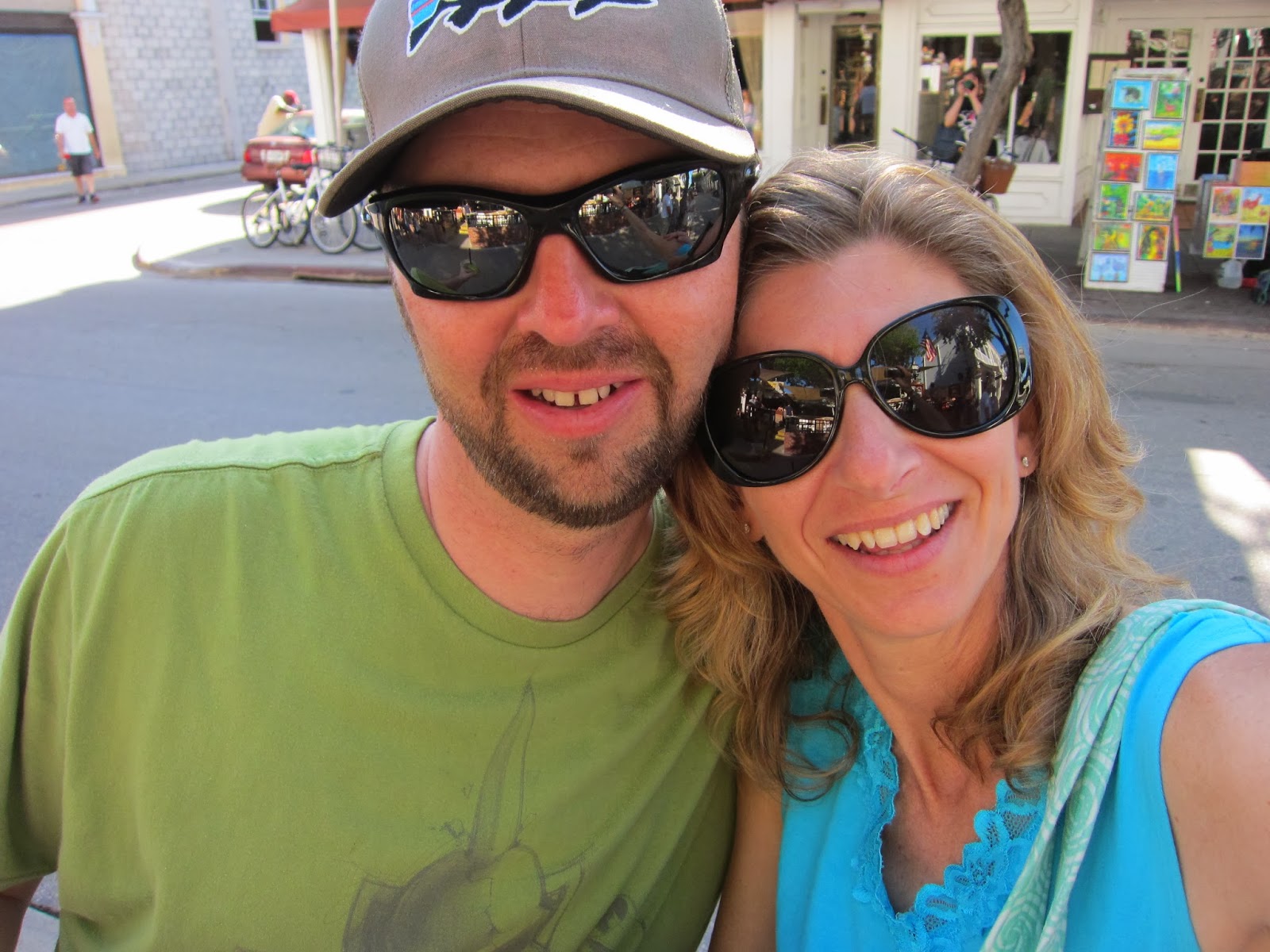 And now our last bit of news, but the most important: we received our documentation from the U.S. Coast Guard and are cleared to depart. We have made our final preparations to leave: boat repairs, laundry and provisioning. If the weather stays true we sail away tomorrow morning. We’re headed for secluded islands of sand, rock and water; the land of Culture, Uncspoiled lands, Beaches and Adventure. Our plan is to be in the Cayman Islands the end of March, but keep in mind that plans often change. You won’t hear from us again until we arrive there, so until then, keep us in your prayers and we’ll do the same for you. Hugs to all!

I finished and uploaded our 2013 scrapbook to Youtube – check it out here: http://www.youtube.com/watch?v=o_IgoftQNWU
Posted by Lorie Nicolaus at 5:19 PM 1 comment: