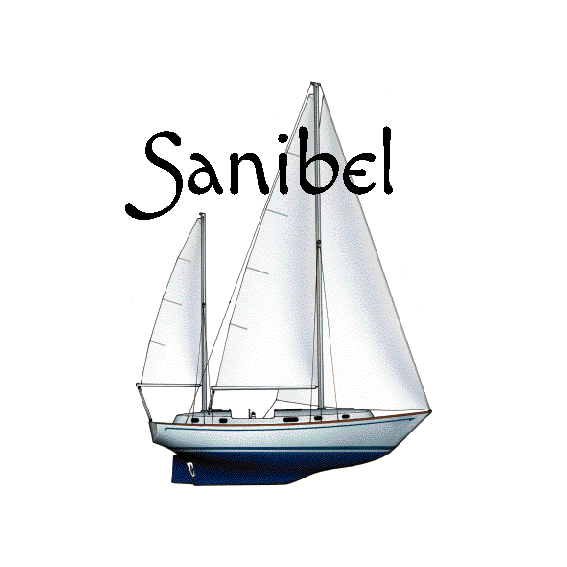 Sanibel was found In the middle of Florida at Indiantown Marina, on the Okeechobee Waterway which cuts through Florida.  She sat there for nearly a decade as a forgotten project boat. That is the story, I think they found her in a mangrove swamp, towed her to Indiantown and put a for sale sign on her. Just kidding, but she was in pretty bad shape. She had some good points though,  the boat had a solid reputation as a offshore capable vessel, the hull was in excellent condition, the spars were fine and the engine supposedly had zero hours on it after a full rebuild (I had my doubts about the engine, as it was just sitting in the engine room uninstalled).  We moved the boat 175 miles to Englewood, Fl. through the waterway with a 15 hp outboard mounted to the transom. No depth gauge, no electrics except for a handheld VHF and a handheld chartplotter (Garmin Oregon 400 aka little bad ass). And there the phoenix arose after a year refit that touched about everything.

Sanibel is an 39 Allied Mistress hull number four, built in Catskills, New York in 1972. Designed by Arthur Edmunds. She has a modified full keel and is a ketch rig. Here are the specs from a website I refer to alot, sailboatdata.com: