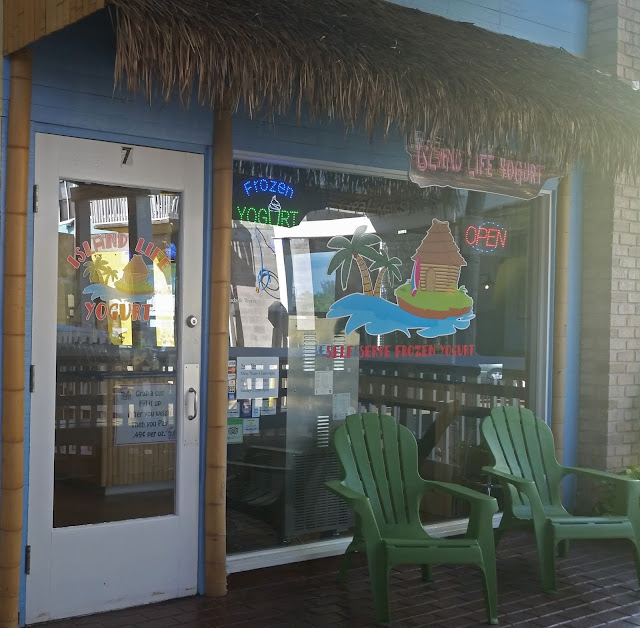 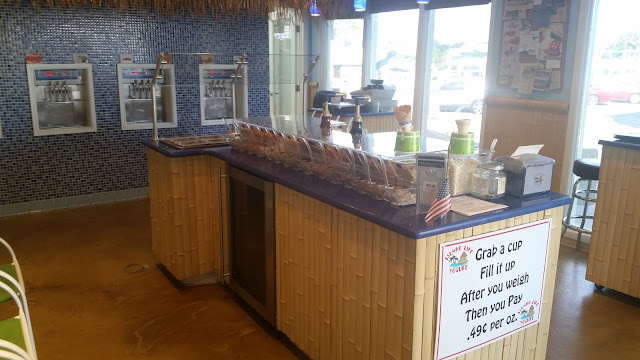 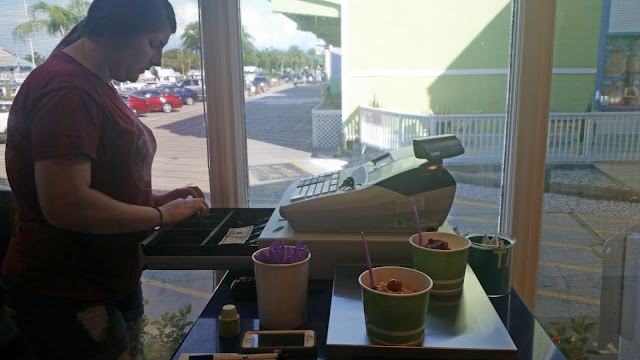 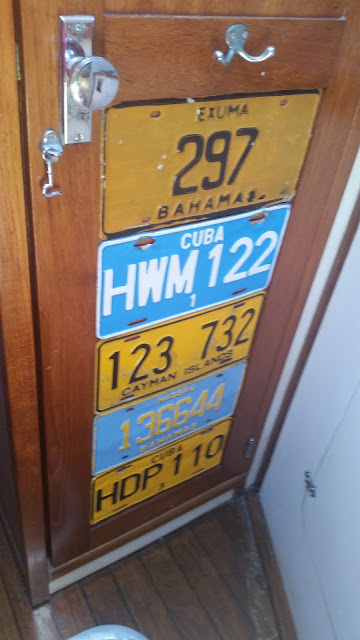 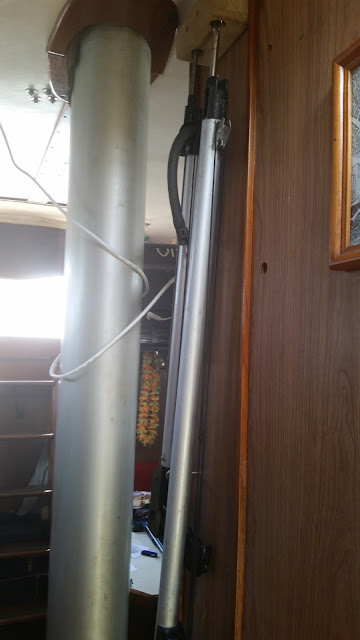 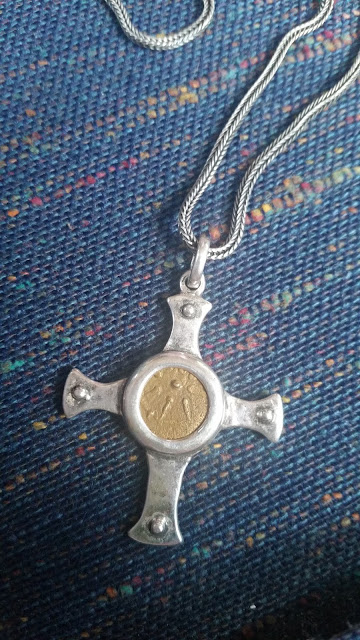 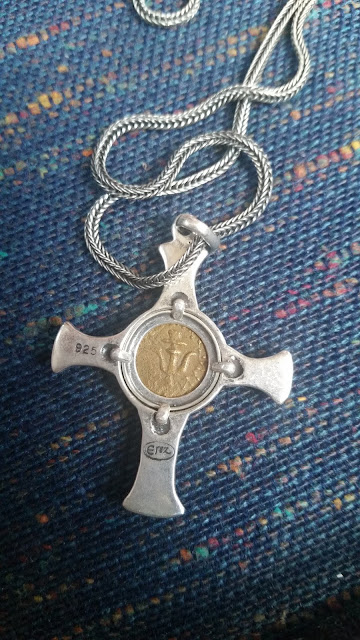 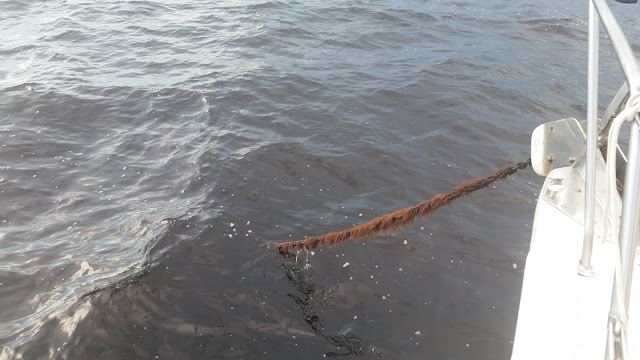 We’re now preparing Sanibel for storage and getting ourselves ready for our journey to the mid-west.
Posted by Lorie Nicolaus at 2:51 PM 1 comment: 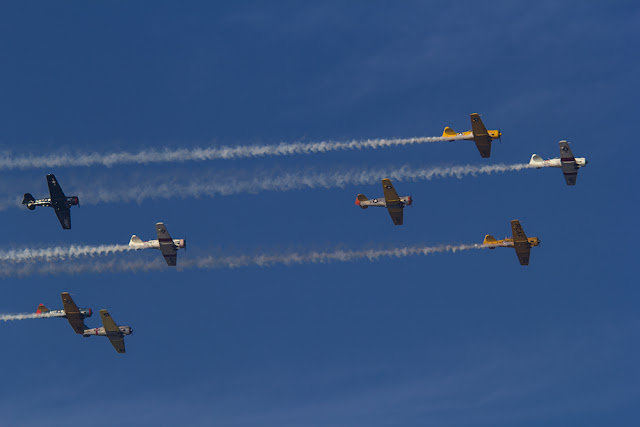 Planes flying over the anchorage practicing for the big show.

Well I must start off by saying there are pros and cons to working full time again…first I do love my job. Sure, I get frustrated sometimes, as with anything. But for the most part it feels good; I even enjoy my short trips to McAllen. However, finding time to do everything I want to do is quite difficult and this includes writing the blog. 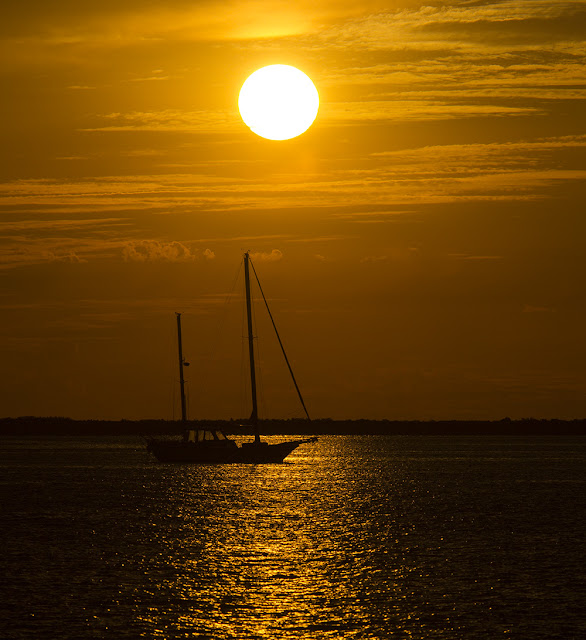 After spending three weeks in McAllen, Texas, I flew to Fort Myers, where Jimi picked me up. We stayed a few days anchored in the harbor and then moved Sanibel into a slip at Fisherman’s Village.  We had not yet been able to enjoy the luxuries of being on a dock, as we left the following day. With Sanibel safely tied to the pylons, we flew to Colorado. Jimi had some frequent flyer miles that were about to expire and we decided to make use of them.

We stayed at friend Juraj’s house for the first three nights. Friday evening we were able to meet up with a longtime girlfriend, Vicki and her daughter Jayden. Vicki recently lost her sixteen year old son in a car accident. We grilled steaks for supper, laughed, cried and paid our respects. We’ll continue to hold her in our thoughts and prayers. 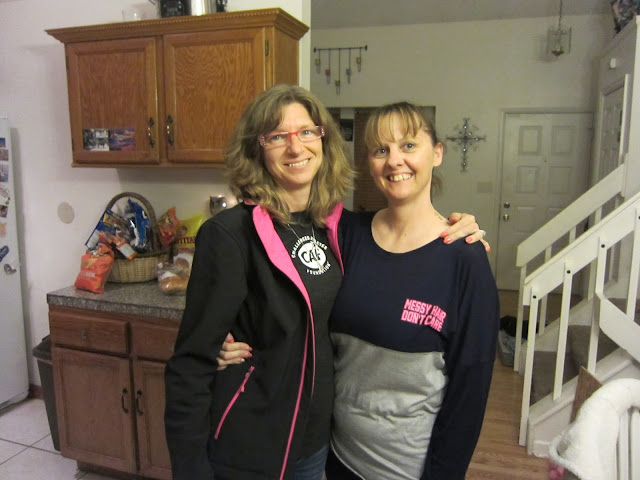 Juraj made us a fantastic Spanish dish for lunch called Paella. Ingredients include rice, sausage, shrimp, muscles and various spices. It was delish! 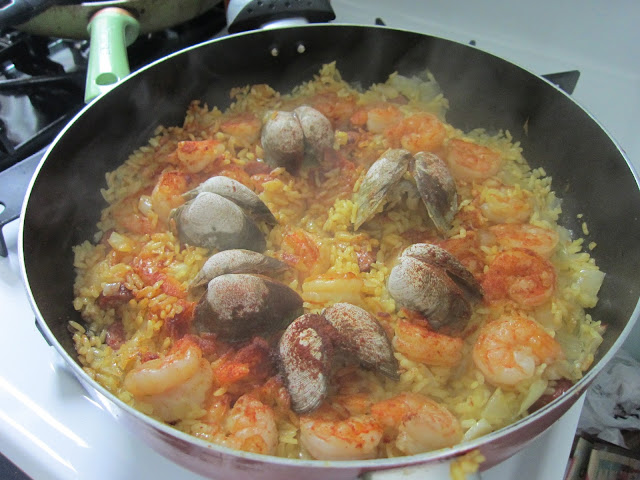 Paella in the making.

In addition, my mother decided she would buy Juraj’s couch and we would deliver it to her. The guys measured and decided it would easily fit in the rented mini-van we were driving. And so we proudly became a temporary furniture delivery service.

The following day we drove through a spring snowstorm to get home to Nebraska. 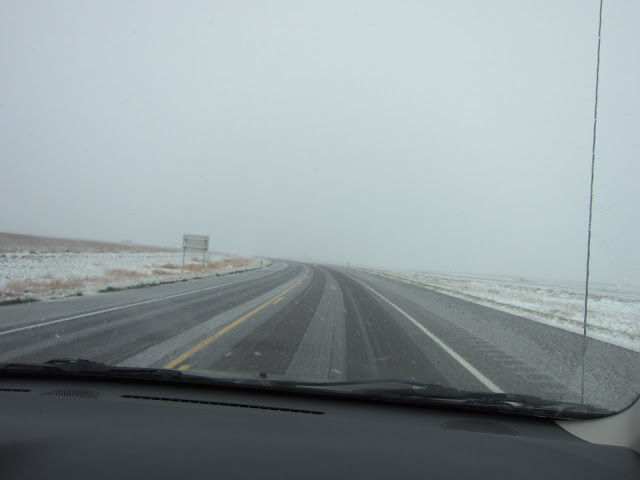 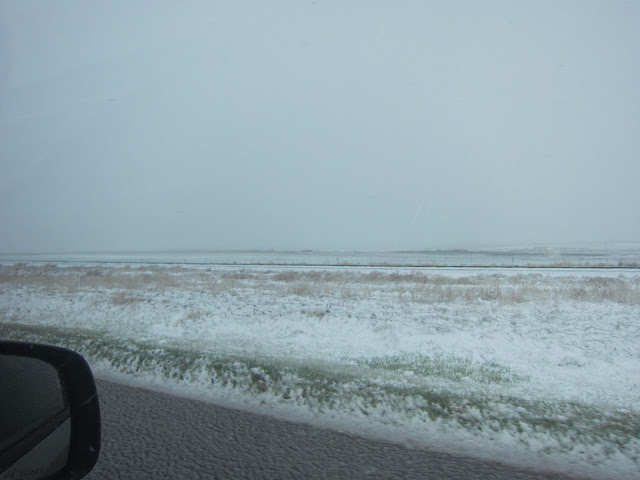 It’s wasn’t too bad though, eventually we drove out of the falling snow and into falling rain. While we were a little concerned about the weather, the highlight of the trip turned out to be when just as we arrived in front of my parent’s house Jimi was pulled over by a State Trooper. The reason? for not using his turn signal. I suppose it was important enough to the Trooper to stand in the rain while giving Jimi a warning.

While in Nebraska, we delivered the couch to my mother, helped my sister finalize her move to a new apartment, dog sat for Jennifer and Gavlin and helped dad with various projects. We got to meet the newest member of the family, my great great nephew Tripp and give big hugs to other family members my nieces Jacque Sue and Bonnie, great nieces Kristina and Brittany. Jennifer and Gavlin cooked us a delightful steak dinner and we played with grandpuppies Diesel and Remi. 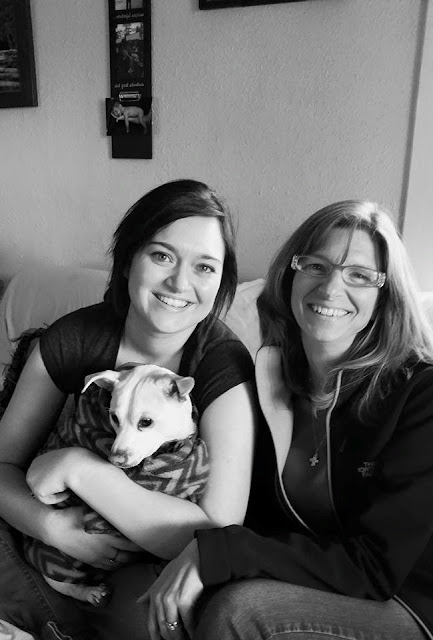 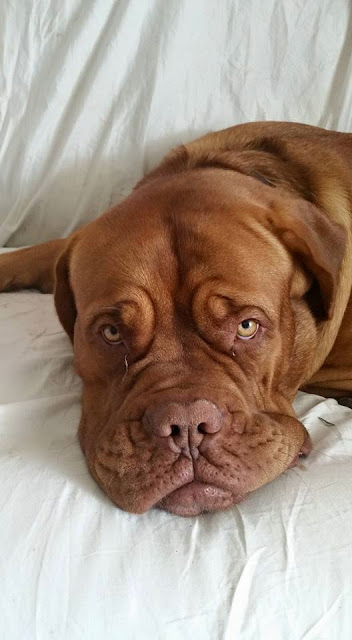 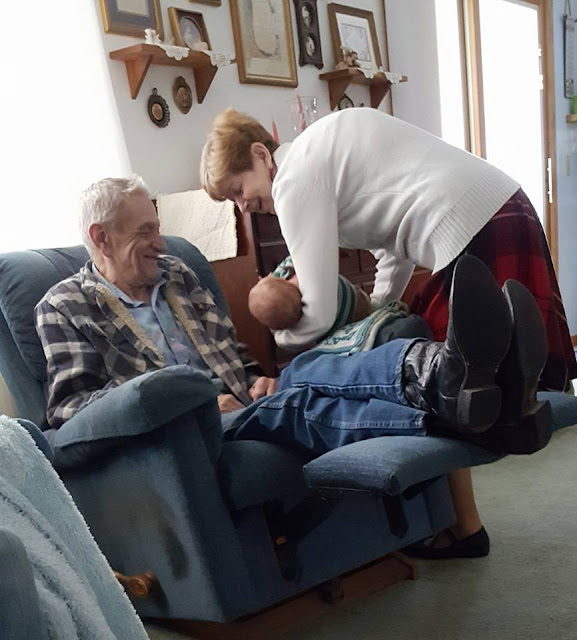 Dad and Mom with their great great grandson, Tripp.

Upon our return to Denver the night before our flight, we stayed with friends, Brad and Ellen. They ordered in a plethora of scrumptious sushi dishes. We ate and laughed and enjoyed a full evening of fun.

The flight back to Florida went without a hitch. We are still in Fisherman’s Village enjoying ‘dock life’. It’s different than being at anchor: easier to get off Sanibel, we have showers, a pool, a day room, and a nice coffee shop with internet. On the flip side – we also have very close neighbors and must be clothed at all times. 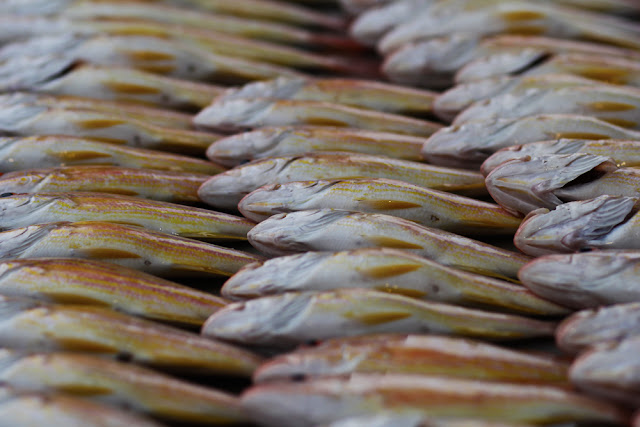 The catch from a charter fishing operation at Fisherman's Village. 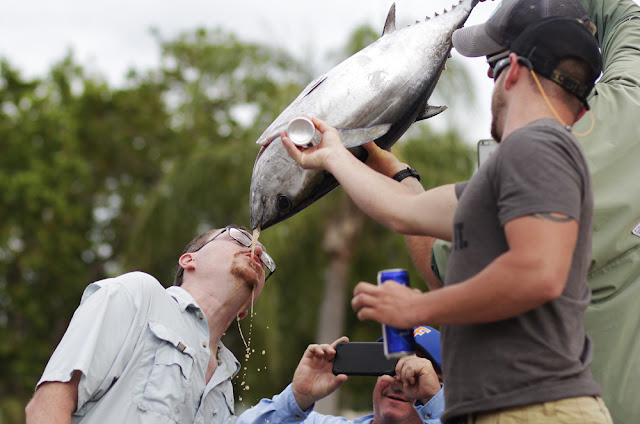 Tradition when a large fish is caught; this is a Tuna. Drink pouring a beverage through the gills of the fish. This guy nearly hurled when he was finished.

We began going for walks twice a day: once in the morning, with coffees in hand, before I begin work and once just after supper. During our evening walk I usually get ice from the property’s ice machine. Since I’m working full time again, Jimi is doing the majority of the cooking. Even though I’m not particularly excited about cooking, it’s hard for me to sit back and watch/let him do it; I’ve always done the cooking. However, it makes sense and I’m happy he’s pitching in. We’re taking advantage of the pool as well. We go everyday for a short time during the hot afternoon heat. It gives us a chance to cool off and get a little exercise. 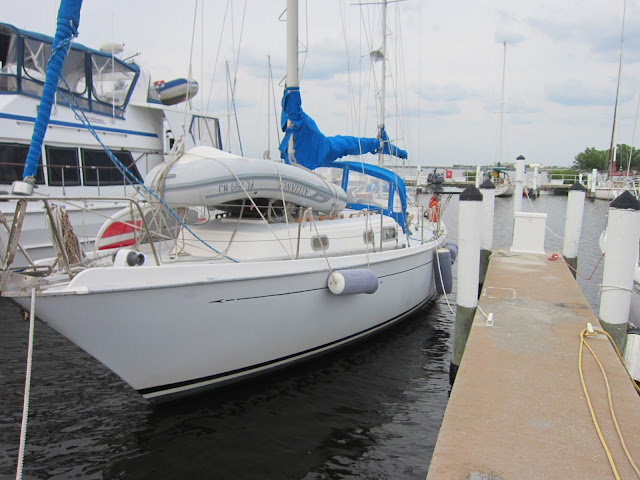 Sanibel on the dock of Fisherman's Village Marina 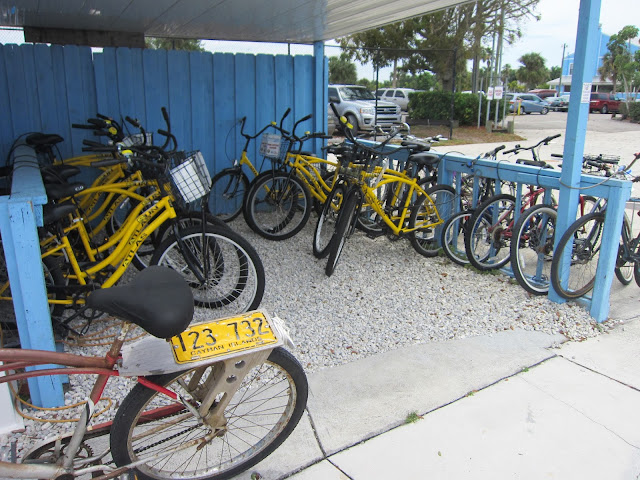 The bikes...and tail end of Jimi's. 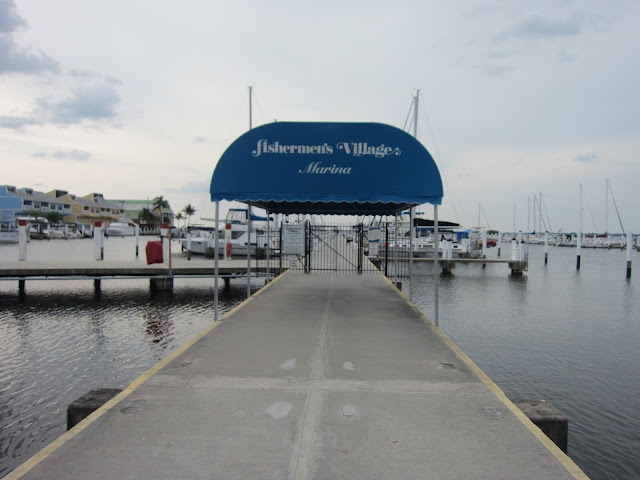 Entrance to the dock. 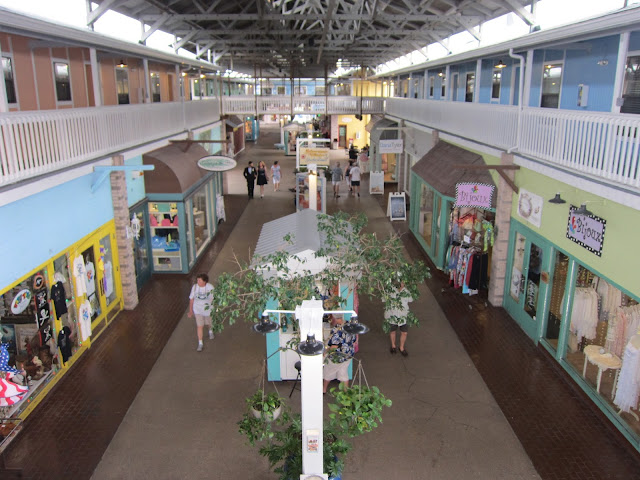 The shops and time shares in Fisherman's Village. 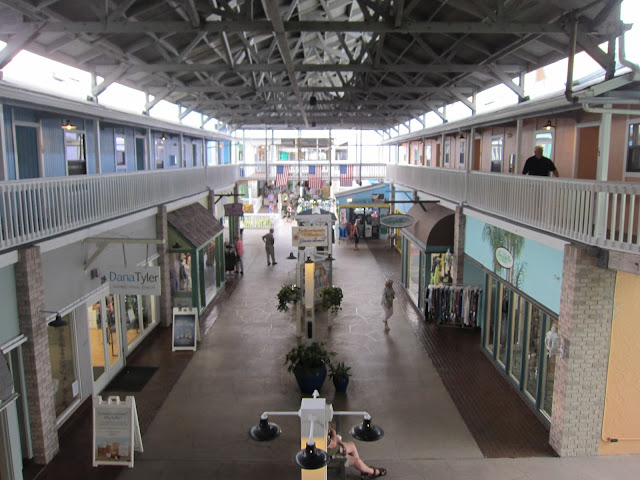 Punta Gorda offers a lot of activities, while we’re not strangers to the area, we can always find things to do. The city offers free use of bicycles and there’s a station at Fishermans’ Village. We go in the office and ask for a bike anytime we want one. We’ve gone out a few times now. Over the weekend we rode to the Peace River Wildlife Center. They take in wounded wildlife with the intention to rehabilitate and release the animals. If, for some reason, an animal is unable to be released back in to the wild because they wouldn’t survive, they become a permanent resident. The organization is maintained by passionate volunteers. And after our tour, Jimi and I could see ourselves giving our time to care for the animals, if we were to remain in the area. Just in the couple of hours we were there numerous animals were brought in many of which were turtles who’d been hit by cars. 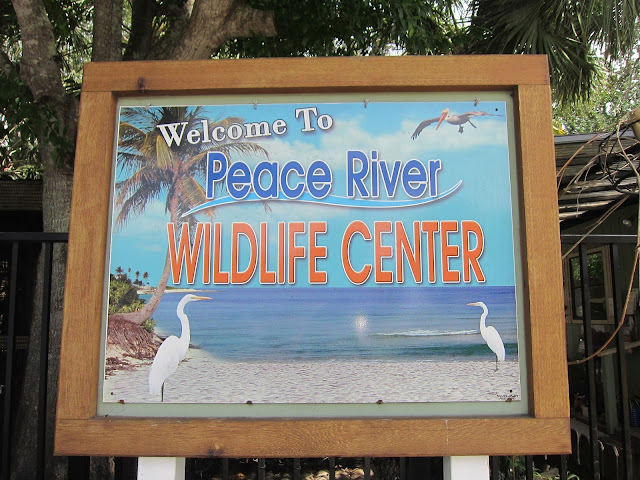 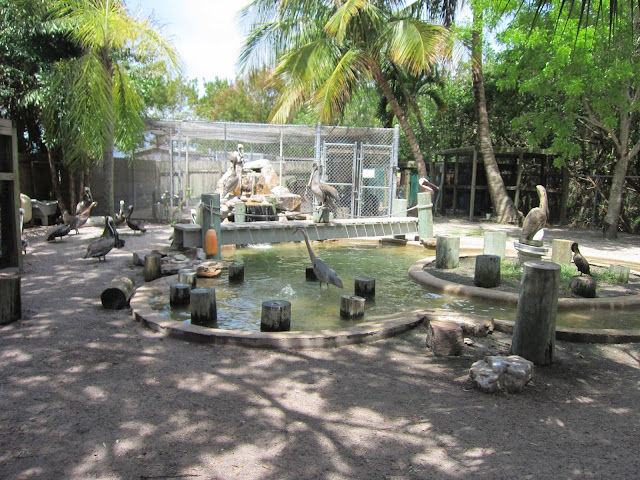 This is the Pelican area for those permanent residents. Many of them only have one wing. Outside pelicans, known as freeloaders fly in to socialize and get free snacks. Clearly resembles a Pelican daycare. Other larger birds are also kept in this pen. 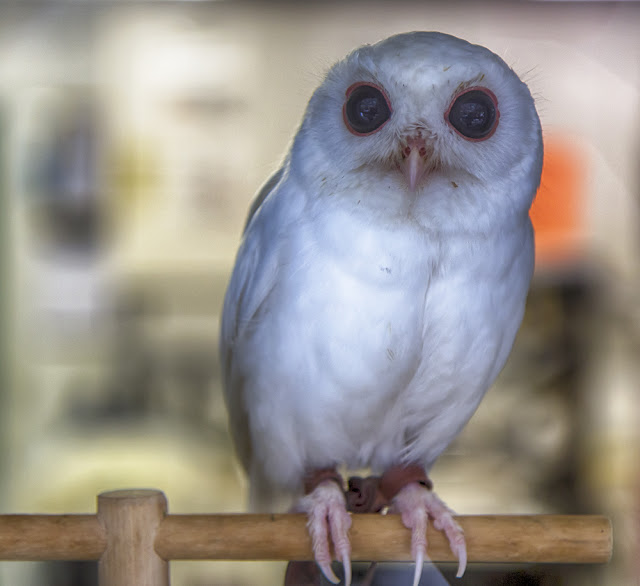 This is Luna, the Leucistic Owl. 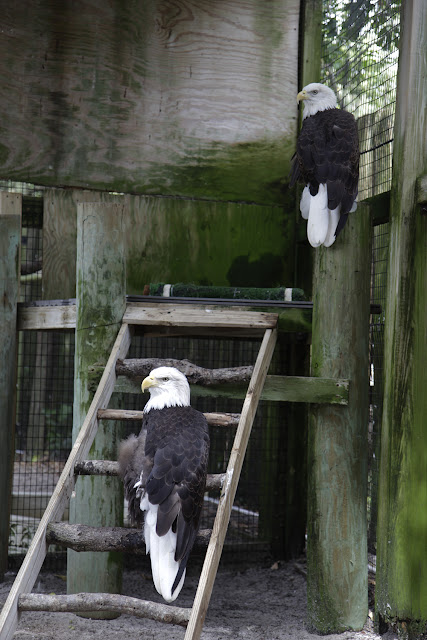 Two American Bald Eagles: one missing a wing and the other
born with deformities rendering it unable to fly.

We have about a week left on the dock. I’ll fly to Texas on the 11th for two weeks. Jimi will leave the marina on the 12th and wait for a weather window to sail to Fort Myers Beach. We plan to pick up a mooring ball for a month. And that’s all for now folks!
Posted by Lorie Nicolaus at 9:45 AM No comments: