Last week and especially the weekend was a blur, I don't suppose that has anything to do with me being completely wiped out from driving to Nebraska and back over the weekend. Anyhow....

Last week was more of the usual "to do's". Wednesday Jimi and I went up to Loveland and bought a keyboard. I'm excited to begin playing around on it - I've missed my piano since I sold it last fall and Jimi said I could take a keyboard with us when we move and once we purchase a boat, we will be able to determine how much room we have for it. It's a good one, lightweight, but kind of big, and the price was really good. We found it on Craigslist.

My girlfriend Melody and I left Friday night for my parents and sister's house in Nebraska. We took a truck load items to store and some things to give away. I spent most of Saturday working on my mother's computer. Melody played with my great nephew and hung out with mom and dad - oh ya - I gave her the exciting Stamford tour. We also visited other relatives: mom's sister, Aunt Thea, and Dad's sister, Aunt Mildred and Uncle Jim. I collected pictures and other items for my genealogy projects. Saturday night we went to my sister's house and hung out. Early Sunday morning it was back on the road again heading home. These trips are always so fast.

Jimi couldn't do much on the landscaping last week because of all the snow we got again. The weather for this week looks good and he has major plans.

That's all for now. I'm sorry I don't have any pictures for you; I didn't take my camera this weekend.

Love everybody,
Lorie & Jimi
Posted by Jim N at 1:38 AM No comments:

We had a nice time out on St Patty's day. We met friends Tammy and Gregg at the Red Zone for dinner and a couple of drinks.

We met Janka and Juraj Friday night also for dinner and drinks. We have not seen them in nearly a year, so it was an awesome visit.

Jimi spent Wednesday hanging out with his friend Matt, and then the following evening the three of us played pool. Matt is fun and we had a great time seeing him again. It's been a few months since we've been able to get together.

The weather was in the high 60s and low 70s most of the week and then on Friday we were hit with nearly 8 inches of snow. The next day was bright and sunny causing the snow to melt off and by Sunday the temperature was back in the 50s. Gotta love Colorado in the Spring!

Rest of the details on our week included the same ole same ole routine. I don't want to repeat myself every week on our progress, as you may get tired of hearing about it. But, I will say that we filled up the front porch, emptied it and filled it up again. My girlfriend, Melody, and I are planning a trip to Nebraska this coming weekend to drop off our items for storage.

That's all we have for now. Hope all is well with you!
Love everybody,
Lorie & Jimi
Posted by Jim N at 12:48 AM No comments:

Last Thursday, I came home to a fragrant smell of fresh flowers. Jimi bought a vase of gorgeous pink lilies. I have never smelled such a strong smell that emulated throughout the entire house. Even at work I could smell the Lilies on my coat, which had sat on the chair next the the beautiful bouquet. What a nice surprise.

We went snow shoeing in the Colorado Rockies on Saturday. It was a beautiful warm sunny day; therefore, the snow was not as crusted over as we would have liked. Still, we had a nice time; it was just simply great to get out.

Together, Jimi and I own five vehicles and a boat and we've know for some time that we would have to come to the grueling decision of which ones to keep and which to sell. We can say it has begun now. We have decided to sell my motorcycle. It is, of course, the first and most obvious item to sell; however, I'd like to get some riding out of it before we do. Therefore, we have decided to sell it the first part of July or as soon as we get a contract on the house, which ever comes first. We still have to decide which two vehicles to take with us and what to do with Grandpa's car. We are considering selling it; however, neither one of us really want to let it go, so another option would be to drain the fluids, set it on blocks, and cover it, if we can find a safe place to do so. We are still playing around with options in our heads and are confident that we will find an answer.

I met my dear friend Melody for a happy hour drink after work on Friday. We chatted for a couple of hours and then Jimi and I went to play pool at the Moose lodge. Jimi has been practicing some new shots. As always, we had an incredible time. We also played pool for a couple of hours at the Red Zone earlier in the week.

We went to dinner with a large group of people Saturday night for a friend's birthday. Dinner was nice; Jimi raved over his burger. Rest of the gang went to the dance club afterwards, but Jimi and I are fuddy duddy's now and we went on home. :-)

All the talk about getting rid of the big items in the house is finally beginning. Over the weekend I cleared out and gave away a large filing cabinet, a desk, and a bookshelf. I also boxed up quite a few things that will be stored at my sister's house while we are away. We plan to make a trip to Nebraska to drop it off in a few weeks.

I met with my crochet group, did some scrap booking, and played with my camera off and on throughout the week.

Jimi still works on the house for improvements and/or going through things everyday. He took a truck load of smaller items to the humane society donation place and began distributing his framed photographs to friends.

Jimi's poison oak is completely gone now and his back is slowly getting stronger. He's still a little careful with it though.

That's all for now - we have a full week to come.
Love everybody,
Lorie & Jimi

BTW- Jim and Brandi Sullivan gave birth to a baby boy last Monday morning. He weighed 6lbs ??oz. They named him Anthony Leith Sullivan.
Posted by Jim N at 4:33 AM No comments:

Jimi picked up his framed photos from the coffee shop the week prior. He sold six wall hangings; we were pleased. With his earnings, he surprised me with reservations to Fogo de Chao on Saturday night, a Brazilian restaurant in Denver. It was very yummy!  ...and Jimi says a must for any true carnivore.
Friday night we went over to Gregg and Tammy's for an hour or so. While there, Miller began acting funny and lost function of his right side. We took him home and could clearly see he did not feel good. However, by Saturday morning he was up and around like normal. We took him to the park to run and play.

Jimi spent a couple of hours giving me lessons on my new camera Sunday morning. We talked more about our upcoming move and the timeline to get everything done.

For me rest of the week was mostly working for Crocs and Cencorp. And for Jimi it was recovering from a stiff back and poison oak.

Love everybody,
Lorie & Jimi
Posted by Jim N at 2:53 AM No comments:


Jimi arrived home at 1:40am on Wednesday Febraury 24th. He drove 18 hours leaving Reno, Nevada Tuesday morning to get home as quickly as possible. His poison oak was only getting worse and spreading. He contributed that to his clothing, sleeping bag, futon mattress, and the inside of the truck all being contaminated with the poison oak oils and desperately need to get in a clean free enviroment. He had to wash everything from his trip including the dog. Since his arrival home he's been laid up. His legs look like he has a severe sun burn on them; they are red and scaley. We can see some areas of healing, but it's slow going and the itching is at times unbearable. He's found a few methods of temporary relief, but they are only temporary at best. To add to the irritation and frustration, he tweaked his back again on Friday morning.


Jennifer and I had lunch with my old friends, Melody and Jim Torres Saturday. We had a really nice visit.


Jennifer and Jimi went to the Army recruiter in Longmont on Friday morning to discuss Jennifer's options for joining the Military and getting her medical education through them. Jennifer now studies hard for her entrance exam. Her score will determine how high she can go as far as the programs they offer.


....and finally we have some pictures for you. Here are two pictures Jimi took on his trip: the rock with stars he titled "encounter" was taken in Moab 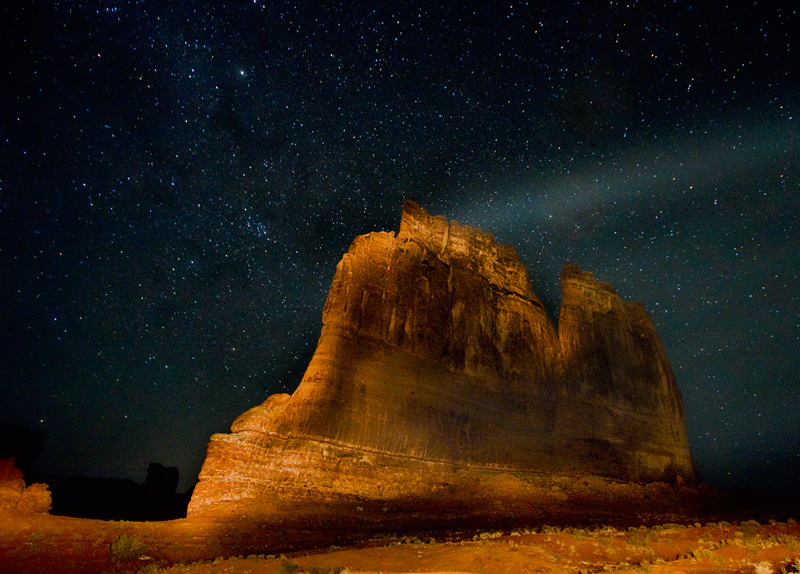 and the lighthouse was. of course, on the west coast and the shot he got when he stumbled through the poison oak. 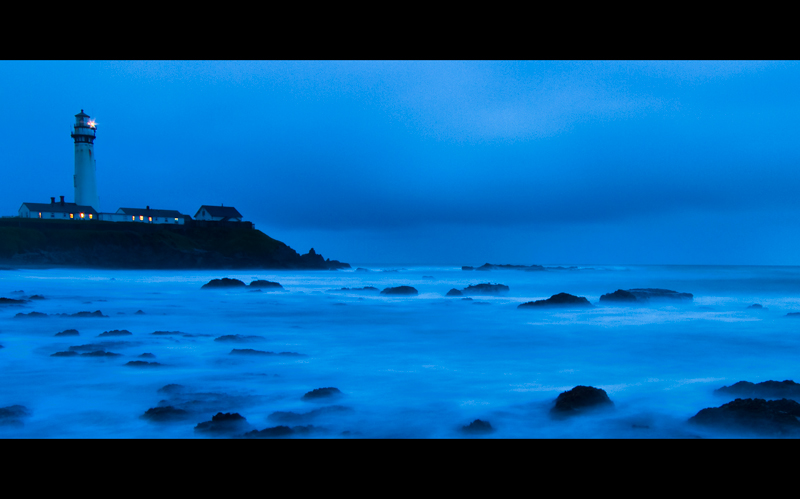 Also, Click the link to watch his first time laps video. Let me explain - this did not begin as a video at all. This is a set of photographs he took and put together as a video. Remember the old days when we would draw pictures in a small book and flip through them to make them look like a film. I think this is super cool. Jimi did a fabulous job! Enjoy -

Time lapse from California coast from Jim Nicolaus on Vimeo.