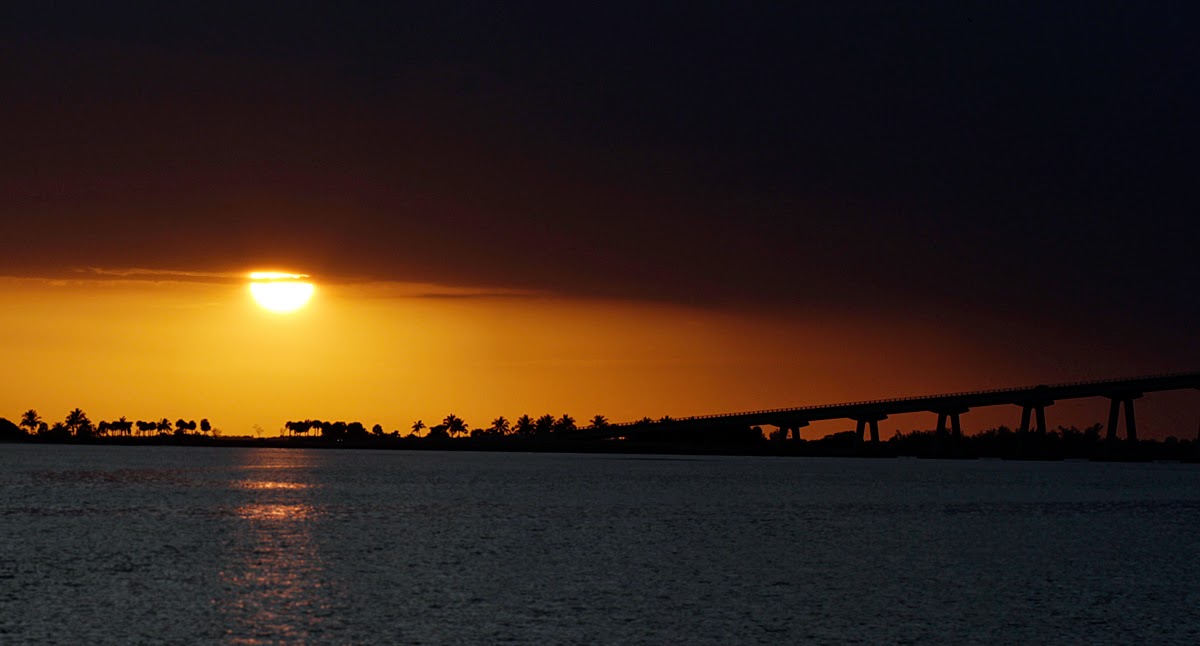 I have several places I call home, right now  home is on s/v Sanibel, wherever in the world she may be floating at the time. Right now she’s in Florida

During Jimi’s time in Mexico, he made many new friends: Ivan, a Slovenian single handing sailor, Gary, a retired Red Wings hockey player from the 60s, Tate and Dani, on s/v Sundowner,  a couple, whose blog Jimi has followed for a few years. Our friends, Eric and Sandrine on s/v Jingle were in Isla Mujares for a while.

Jimi ordered a temporary prop and had it mailed to me in McAllen. I was going to forward it on to him in Mexico, however, it turned out that the cost of shipping would not be much less than a round trip airline ticket from Cancun to Reynosa. In addition he was having a hard time finding a mailing address to use. So, on March 13th he flew into Reynosa, Mexico and walked across the border where I picked him up.  We spent the weekend buying him some much needed new clothes, taking a trip to South Padre Island and visiting with old Cencorp friends. It was a good time. He flew back to Cancun on Monday, March 16th.

Jimi sailed from Isa Mujaras, Mexico to key West between March 21st and the 24th. A long non-stop four days by himself. He kept me updated with the SPOT every twelve hours, which many of you saw on Facebook. 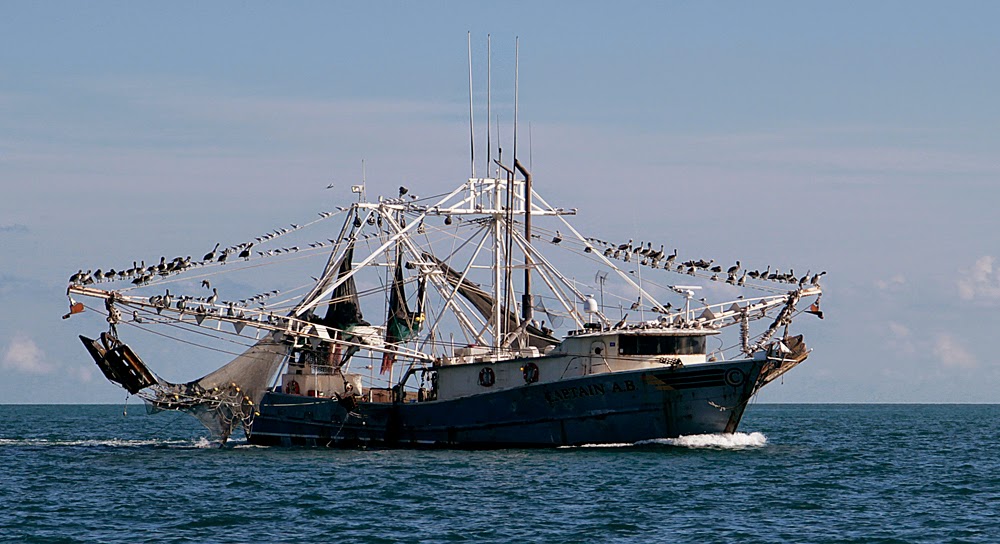 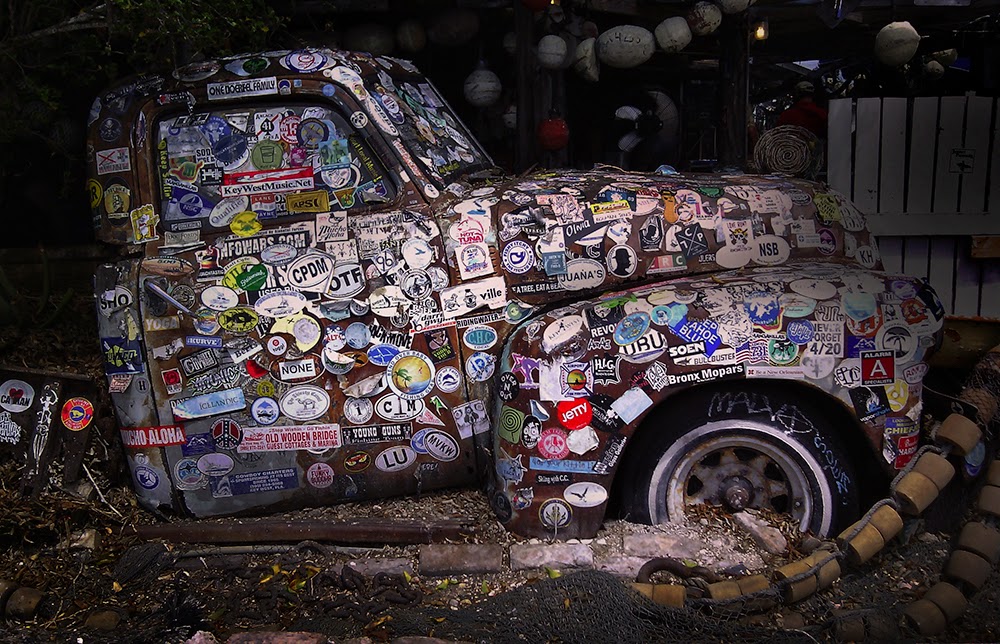 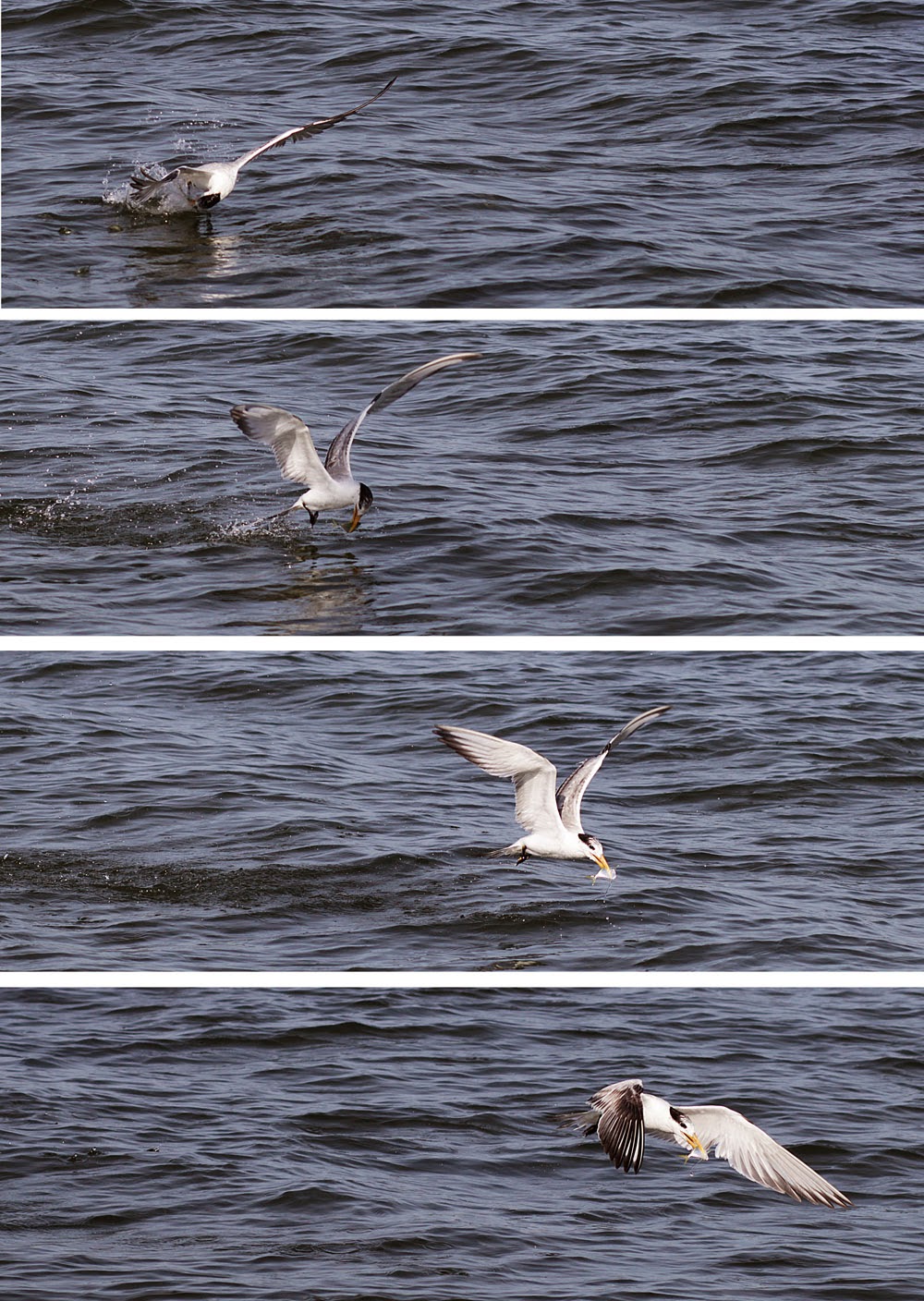 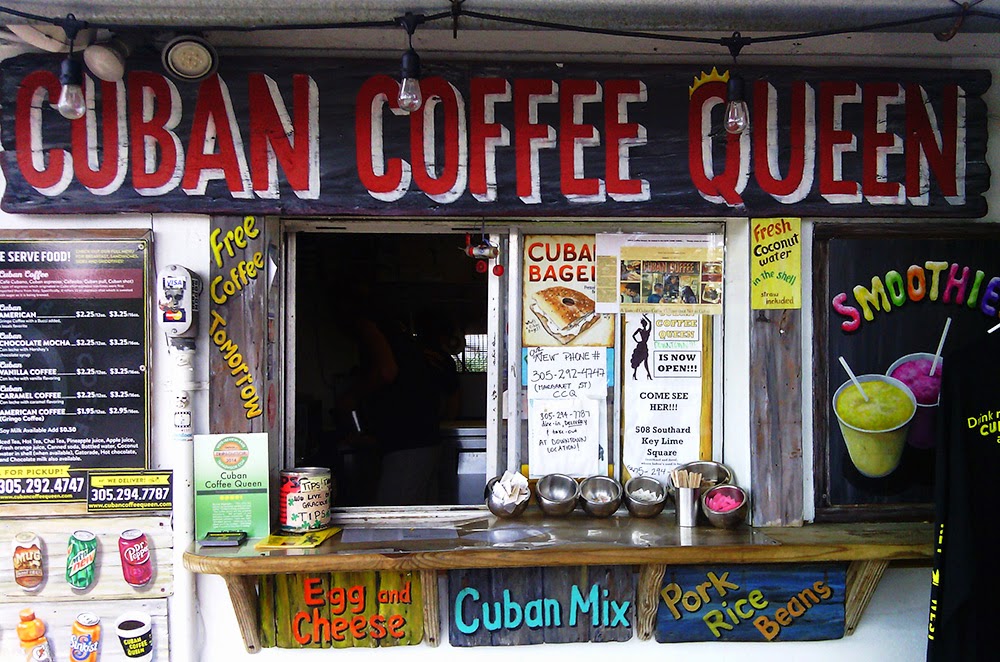 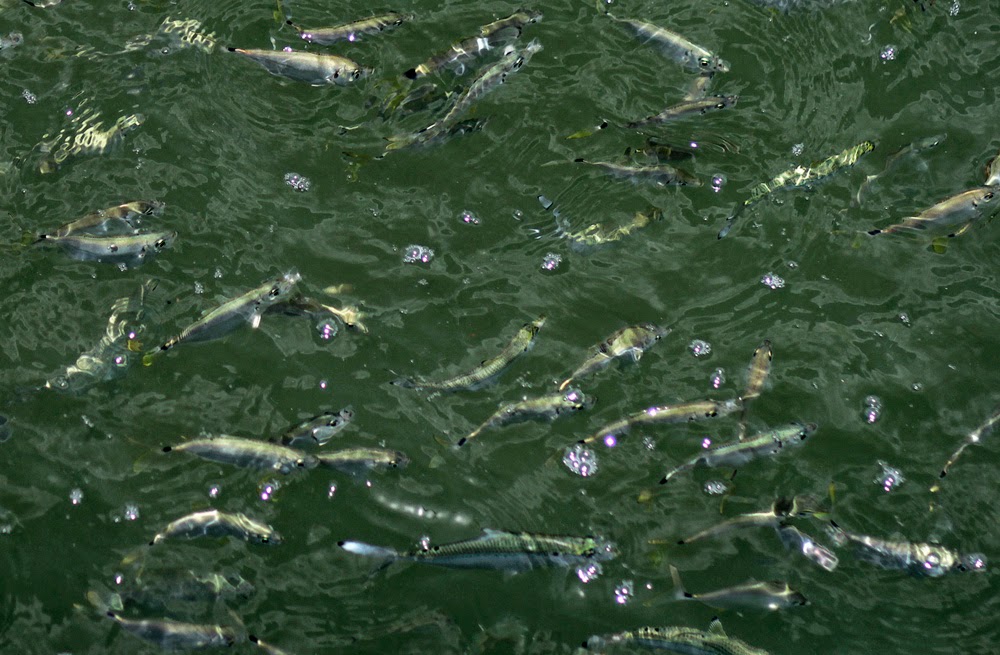 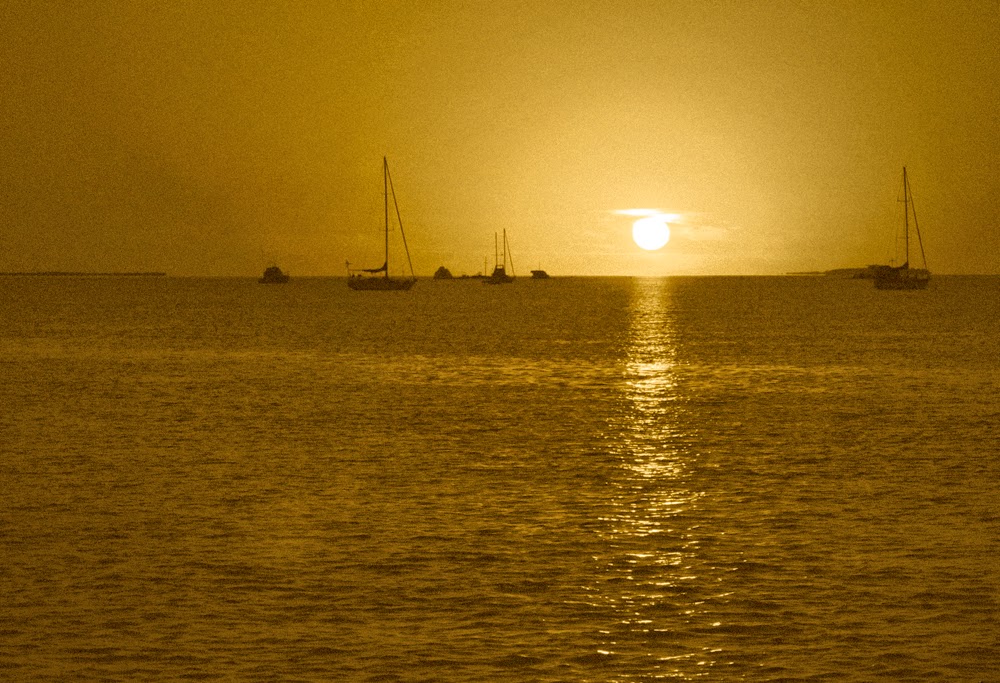 Arriving in Key West he waited out his time, bought a bicycle from someone needing money, fixed it up and rode all over town. He also found a small old school keyboard in the cruiser give-away pile. It takes batteries and accepts 12 volt. With just a little repair it’s as good as new. 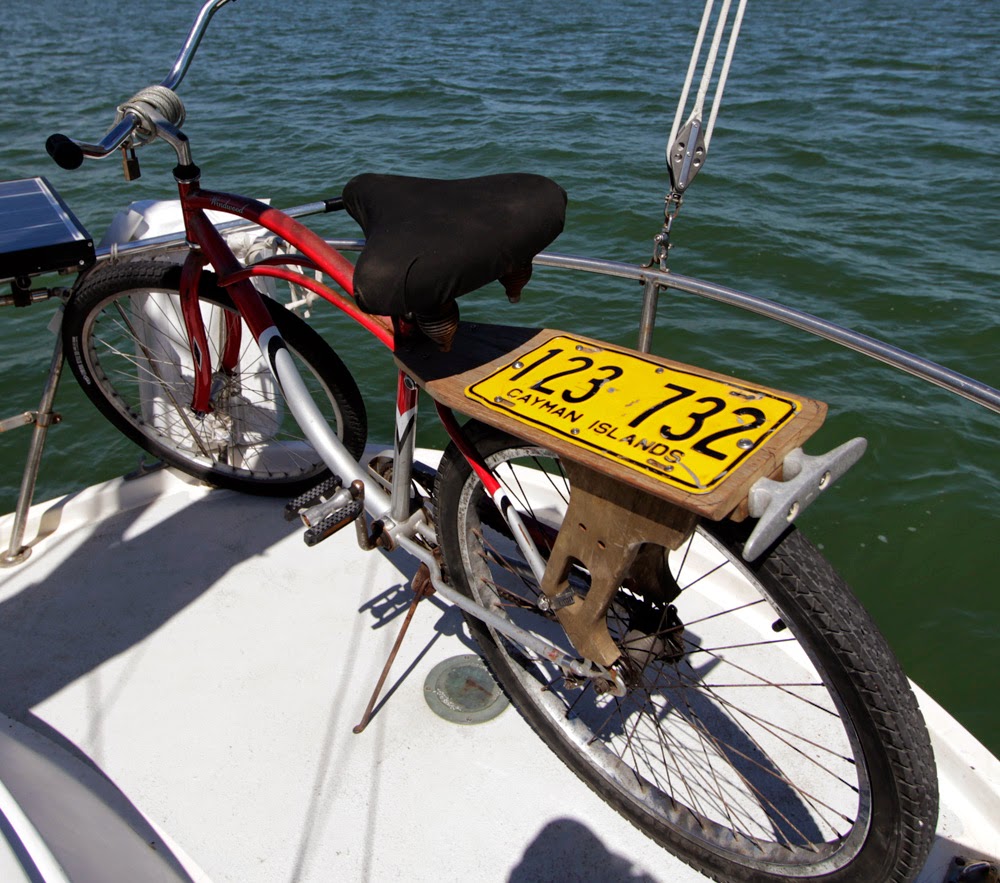 On April 2nd he sailed to Fort Myers to await my arrival.

I spent three months at Cencorp’s McAllen, Texas office; it was a nice change of pace for me. I enjoy my work and the people. My only complaint were the alien-monster sized cockroaches I found in my room a few times. I made some new friends at the Lambs Loom where we loom knitted hats, scarves and all kinds of neat things. I completed the cooking class at the McAllen Culinary Academy, which I told you about previously. I utilized the gym at the hotel and attended a cross fit session (only once).  I met another lady from Stampin’ Up, which we’d made plans to scrap together, but something came up and we weren’t able to reconnect. I became the crazy craft lady while I was there and I loved every minute of it. I kept myself so busy that I still ran out of time to get ‘it all’ done. Now my precious craft supplies are safely stored and I am reunited with Sanibel and Jimi.

I flew to Fort Myers on April 9th. My reunion with Jimi was long awaited. Sanibel is happy I’m back after I transformed her from bachelor pad to a home with a female’s touch. 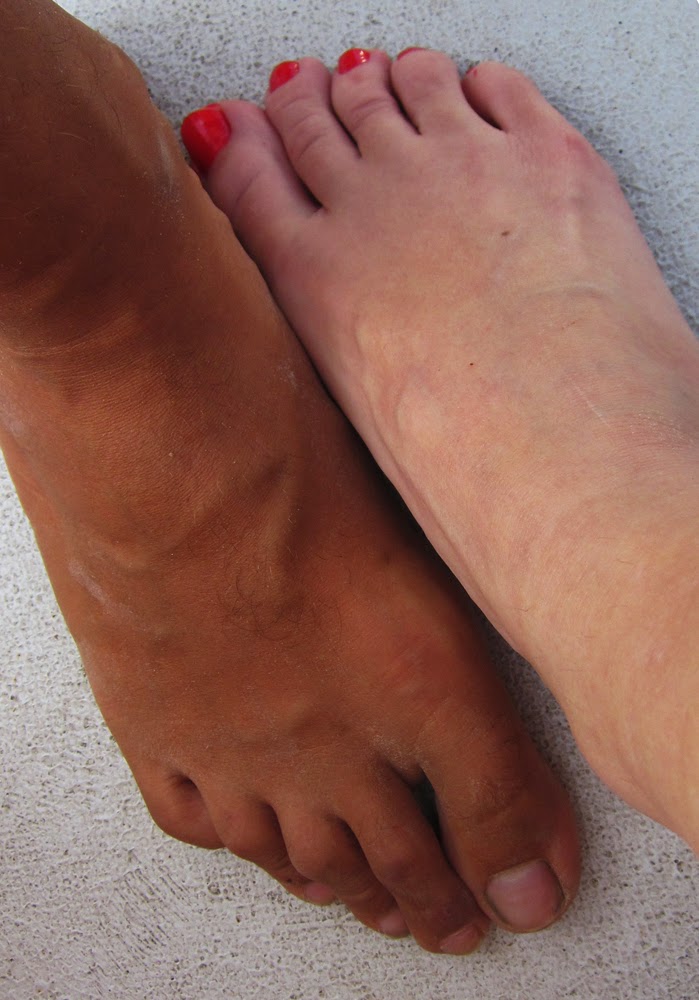 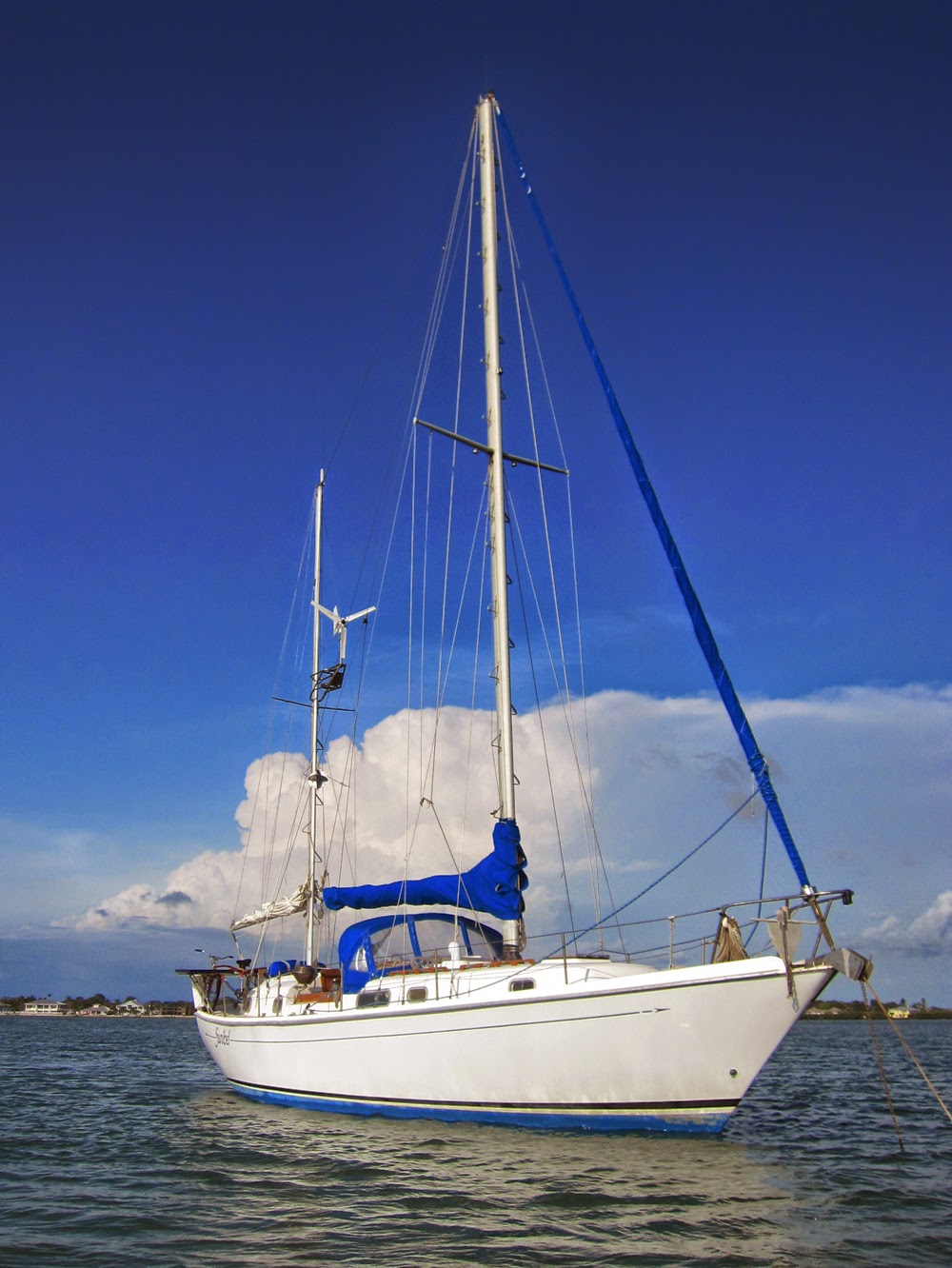 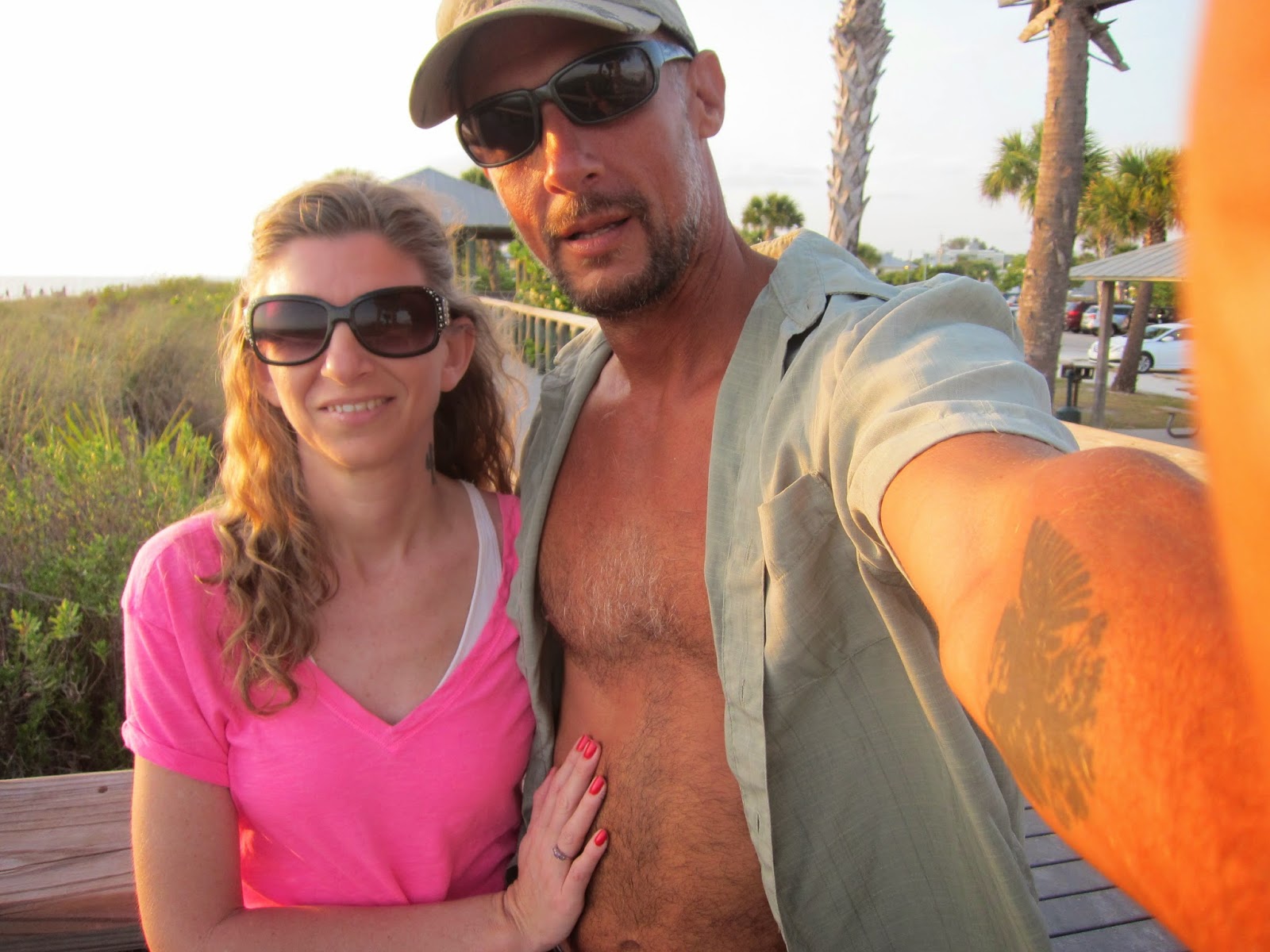 I’m still employed full time with Cencorp and able to work remotely with help from T-Mobile. Monday through Friday 9am to 5:30pm EST you will find me behind my laptop with a large workload of things to do. 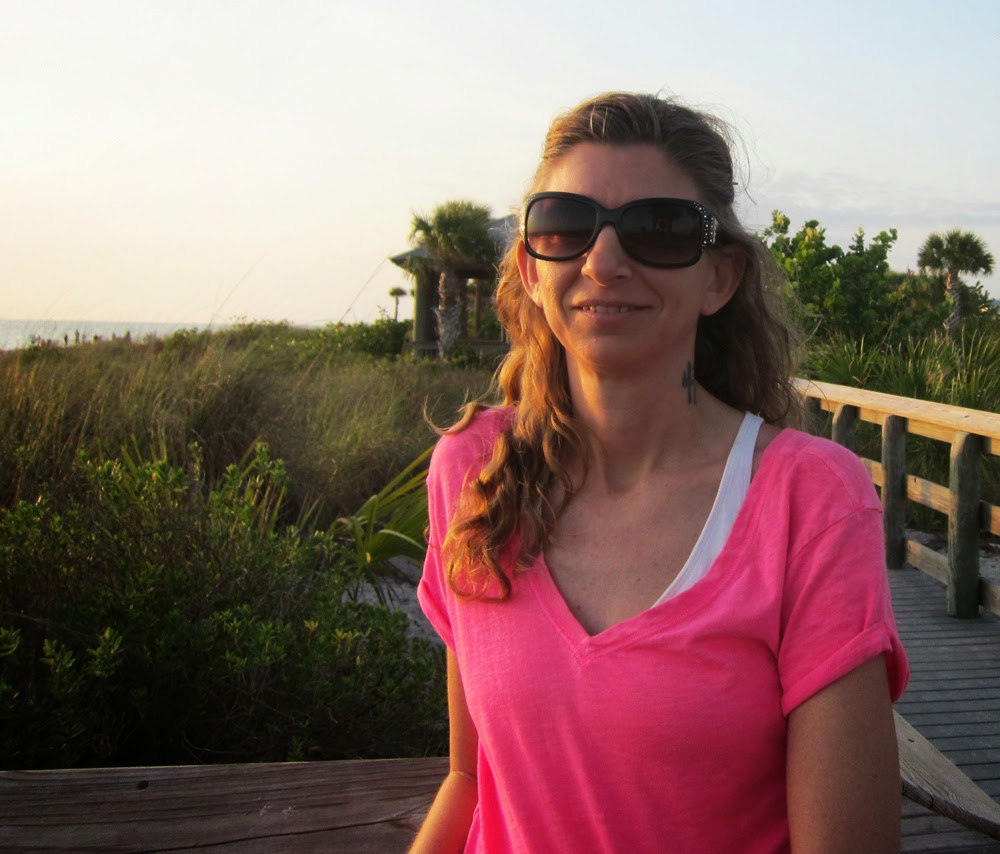 We’re now making our way to St. Petersburg, Florida. We took the weekend to get to Gasparilla Sound, about 40 miles. And then took another day to reach our old stomping ground of Englewood, Florida. Just a few miles up the beach was where Jimi and I got married nearly four years ago. It brought back a lot of memories that really aren’t that long ago. As we were heading to shore in our loyal dinghy, we approached a boat that looked quite familiar. Turned out to be our friends, Dan and Frances from All American boat yard. It’s been over two years since we’d seen them. Of course we took some time to catch up, then they had us over for dinner the next evening. For lunch we met friends Gary and Judy, whom we also got to know at All American boat yard years ago, at the  Lock & Key. Our final night there good friend, Ray picked us up and took us to Englewood’s on Dearborn to listen to an up and coming blues singer. 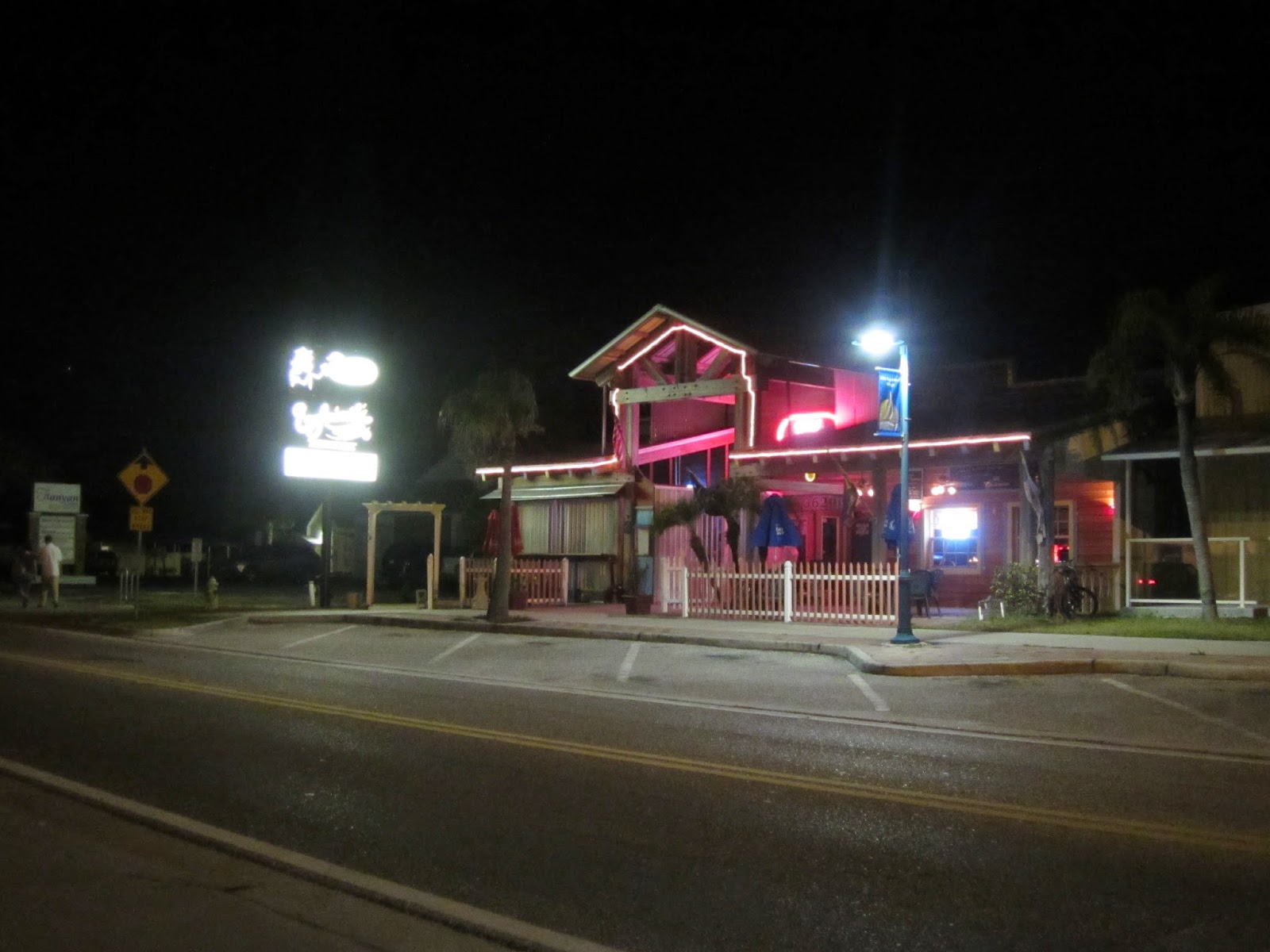 We had a fantastic time. Seeing old friends, catching up and reminiscing is such a blessing and something this lifestyle will always provide.
Thursday morning we pulled anchor and set sail up the inter-coastal water way towards St Petersburg, Florida. Ray came along with us for the three to four day trip. We cleared seven bridges and 26 miles the first day. We anchored in Sarasota, Florida our first night and hit the town for a few cocktails, some pool and dancing. It was a good time. 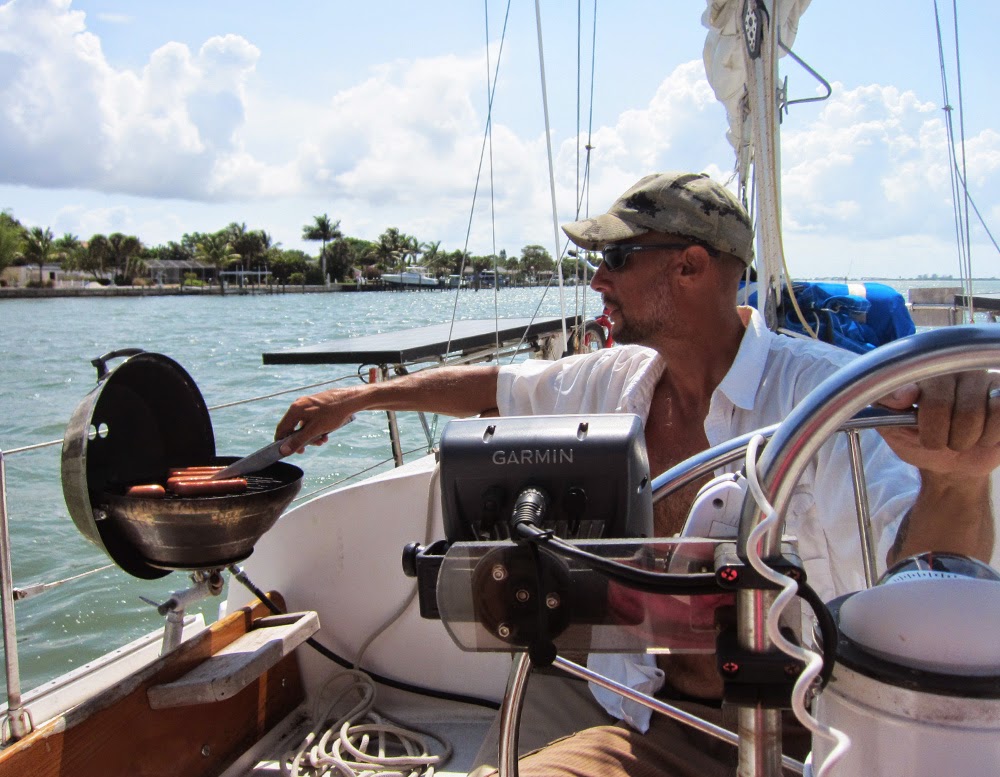 Jimi is multi-tasking: sailing and grillin. 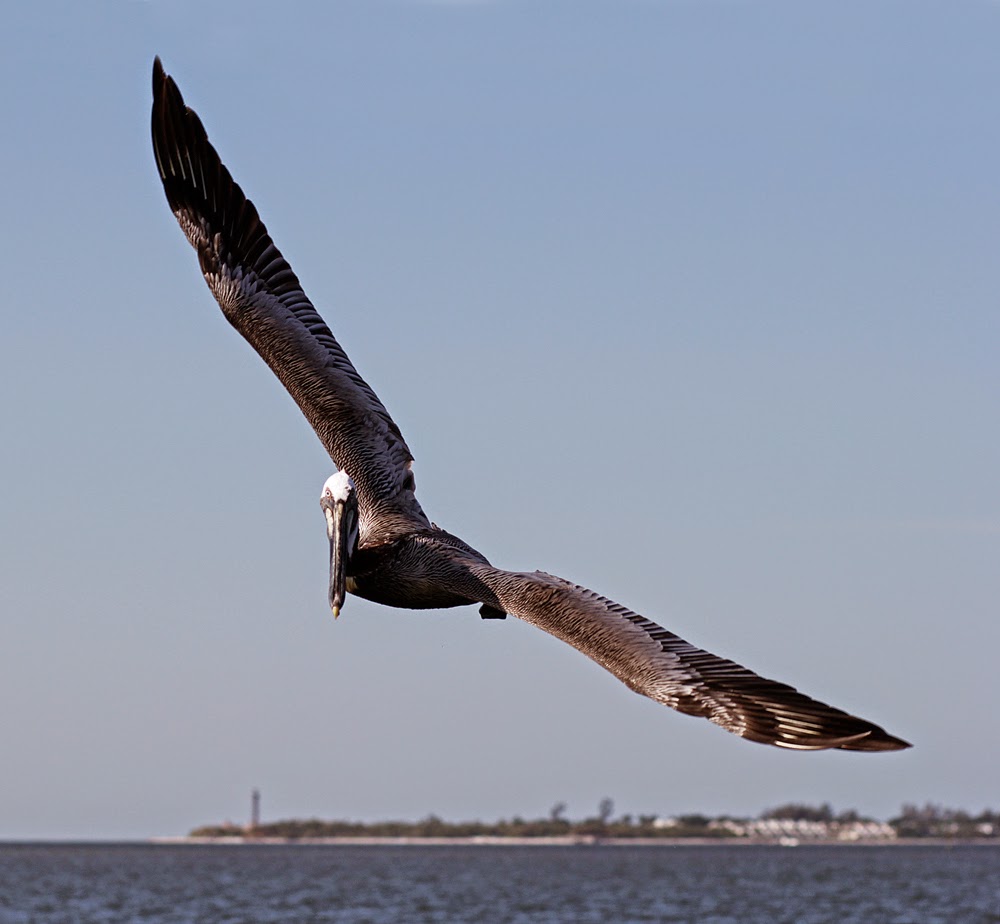 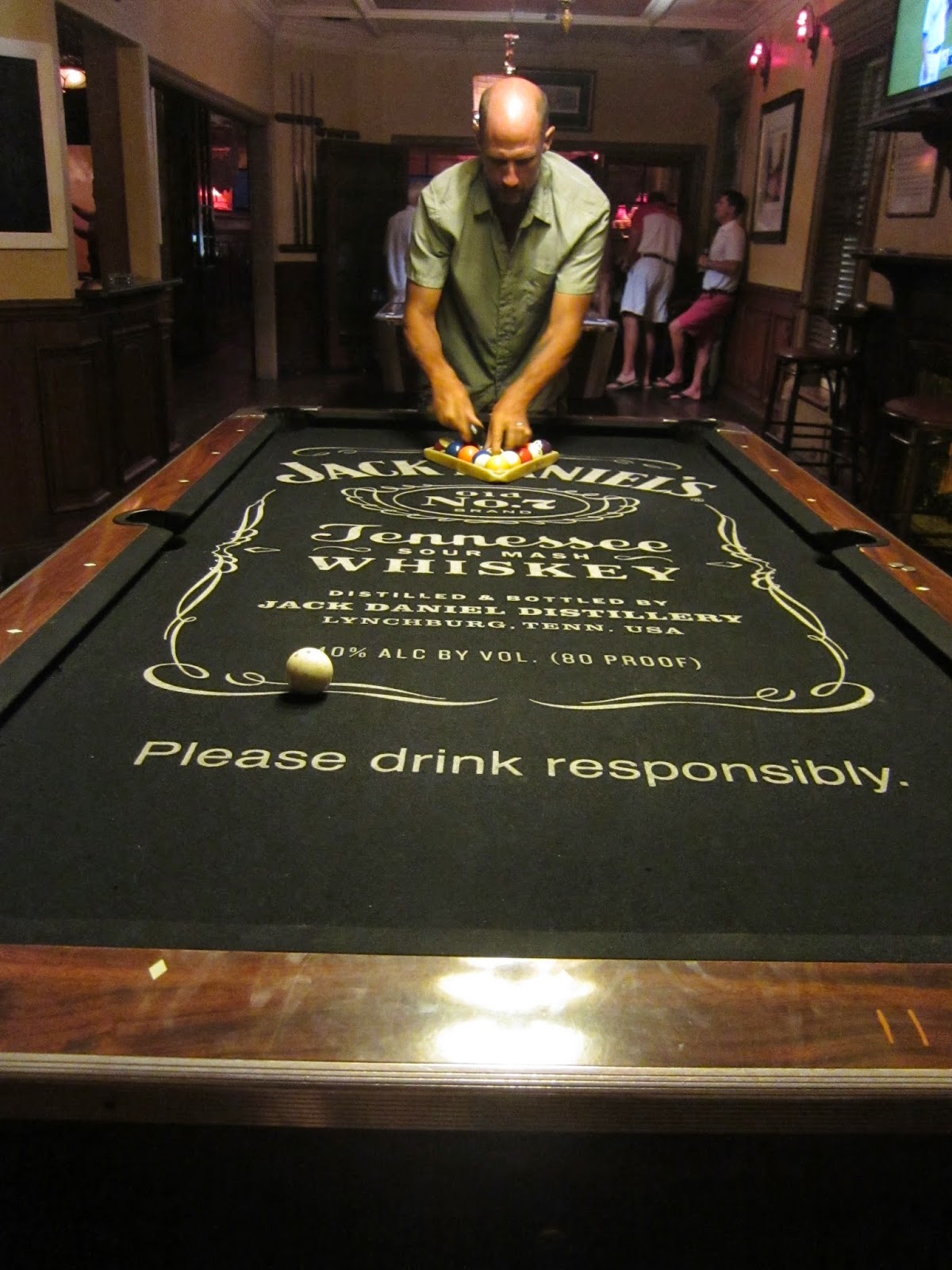 With roughly 34 miles to go, we were on the move again. We anchored last evening with only 8 miles to the marina’s mooring field. There we plan to rent a mooring ball at the city marina for the next few months. This will give us access to a secure dinghy dock, showers, laundry and access to the public transportation system.

Jimi begins classes on April 24th to get his Captain’s license. All the classes combined will take him about two months.

In addition to school, he’s got a list of repairs for Sanibel beginning with the transmission.

The next few months may be somewhat uneventful with me working and Jimi in school, but we’ll write when we feel something interesting happens.
Posted by Lorie Nicolaus at 7:14 AM 2 comments: