I flew in to Key West from McAllen. Jimi took the bus from Marathon and met me on the bus at the airport bus stop. He spent a couple of hours on the bus round trip, but for me if was only an hour. I was glad he made the trip and met me and after a month it was good to see him again.

Sanibel was anchored up against the mangroves while we waited for a mooring ball to come available. Jimi had been on the list for two weeks. We got on a ball a week after I arrived.

We spent the next month in Marathon and tried to make the most of it.

We spent a day in Key West. After taking the bus Jimi rode his electric skateboard and I road my bicycle. I was fun, but the traffic and amount of people were sometimes hard to dodge.

We attended a couple of events around the Tiki hut. Met some new folks and ran in to some long time friends. I attended church services on another boat. The Pastor was a retired Navy Pastor. I tried to get in to the yoga classes but it was too difficult with working. We explored old boats in the mangroves and spent plenty of time on the beach. 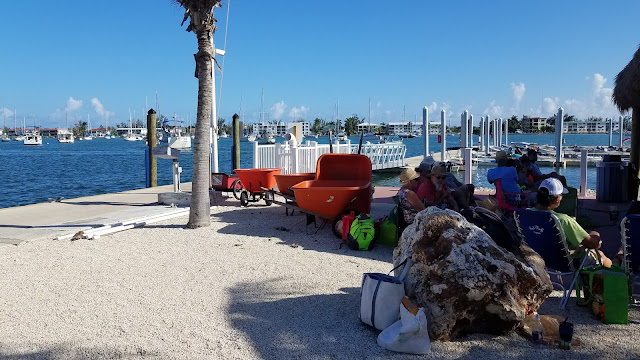 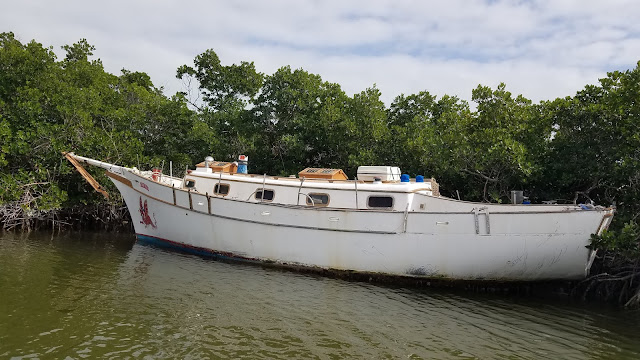 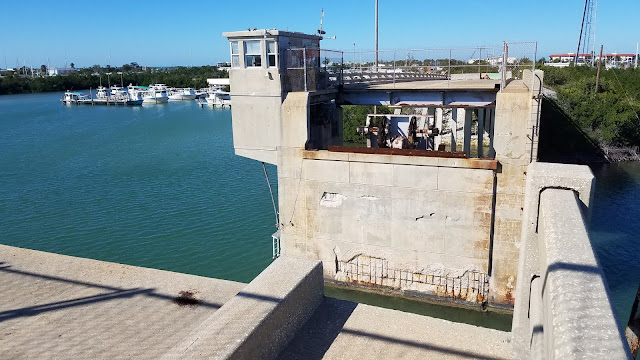 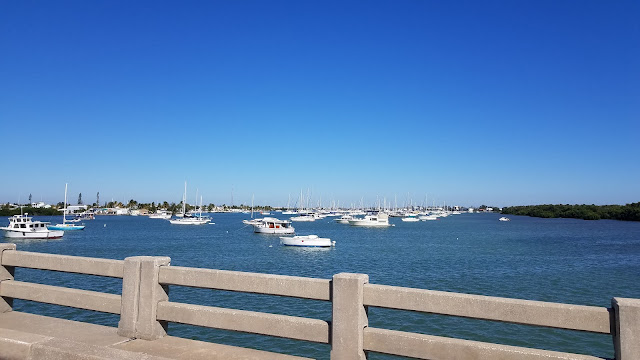 It was so good to back on Sanibel and in Marathon.

Posted by Lorie Nicolaus at 6:09 PM No comments: