The Holiday's upon us

It's been five weeks since I've written, probably my longest stretch, and I figured I was overdue. Quite a lot has happened, so I hope I don't forget anything.


We had a wonderful Thanksgiving. Jimi cooked some ham steaks, I made green bean casserole, mashed sweet potatoes, heated some rolls, and a small pecan pie for two. It was simple and very delicious. Rest of the day we spent decorating our small three foot Christmas tree and enjoying each other's company.


The day after Thanksgiving I realized I only had five weeks until Christmas, which meant three weeks (to allow for mail time) to complete all my presents. I had 31 gifts to make and 4 to buy. I'm proud to say that all my gifts were homemade including the wrapping paper and tags. I was excited to get started and even more excited at the outcome. I'm anticipating this could be our last year to do a large Christmas, so we're going out with a bang. And, that's what I've been doing for the past few weeks. 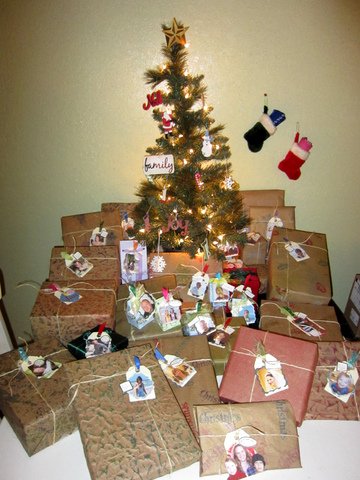 We had visitors from Cencorp here for two days and ate diner both nights in Sarasota. The second night, we ate at a place called Yoders, which was featured on the Food Network's Man vs Food show. It was pretty tasty. We were also delighted to meet up with our long time Colorado friend, Spartek for a few hours.


Jimi has been hard at work on Sanibel. He nearly finished the standing rigging except for the forestay. It is delayed because the roller furler needs some additional attention. The roller furler will allow us to reduce sail by rolling the forward sail on an aluminum extrusion. He is still working out the details to connect it.


He removed the radar from the mizon mast and cleaned it all up, but he has not been able to test it yet.


He took the spreaders down, added some support, cleaned them up and re-installed them


We ordered and received an ARB 12 volt refrigerator/freezer. It is designed for off road vehicles and will work perfect on Sanibel. He began installing it to it's permanent home in the galley. This will be one of those projects he'll work on as he's waiting for other projects.


Between projects he has sanded much of the interior's old varnish from the teak and will continue to do so during down times.


He removed the forward hatch, ordered a new acrylic lens cut to shape and re-installed the hatch with a nice tight seal.


We purchased a life raft from a local ebayer, which saved on shipping costs. It's a few years old, but has never been used. We'll inflate it for pressure testing and repack. It is a 6 person off shore raft.


We ordered and received our main anchor for the bow. It's a 60lb Manson Supreme. A new generation of anchors able to hold fast in hurricane force winds.


Now that the rigging is under control the big project is the deck work. The decks are made with sandwich construction of fiber glass, wood, and fiberglass. When water gets in, the wood rots. These are called soft spots. Sanibel has some soft spots and Jimi must cut away those areas and repair. He began with the cockpit, which is the worst area. He removed the top skin, removed the wood core and replaced with new wood and fiberglass resin and re-attached the top skin. This will be an ongoing process for a while. This process is done in stages and each stage needs time to cure. There is also quite a bit of sanding/grinding to be done in between each step. The reason water gets in between the layers is due to poorly mounted hardware. Jimi will remove and re-bed most of the hardware for this reason. 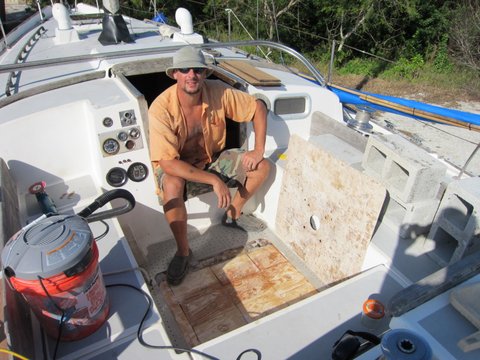 He began ordering electronics for the solar and wind generator systems. That's where we're at with Sanibel.


A week ago, Jimi noticed Molly cat limping. She was mostly unable to use her back left leg. After several hours of  watching her only get worse, we took her to the vet.It turns out she had been attached by another animal. Both of her back legs were chewed up pretty badly. They kept her for the afternoon and when we picked her up both her back legs were shaved and she had several stitches. The vet gave us ten days worth of pain meds, antibiotics, and ointment. He said they we digging around with her tendons, etc. and she would be laid up for a few days. For the next two days  she couldn't walk or stand. Poor kitty was a mess and I felt so bad for her. She is now feeling much better, but until her wounds heal completely she isn't allowed outside and she's really mad about that. hehe


This past Saturday night, we watched a boat parade in Punta Gorda. The boats were decorated with Christmas lights and other festive decorations. They traveled through the canals of Punta Gorda; music blaring and lights glaring.. Spectators lined the vacant lots of the canals or any other free space. Homeowners held their own parties and watched the parade as well. The parade organizers encouraged all spectators to bring noise makers to cheer on the participants. We brought our conch shell and brass horn. Jimi relished at the opportunity to use both and while Jimi was cheering on the boats, our neighbors were cheering on Jimi. It was a lot of fun. 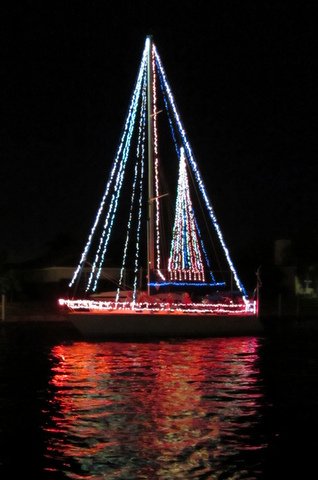 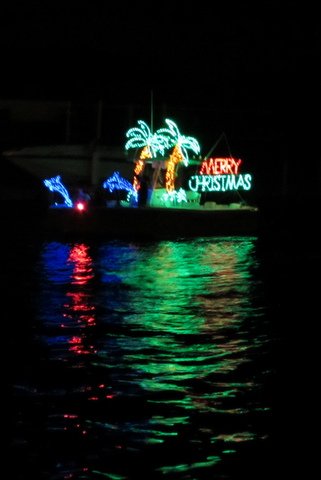 That's about all we've got now. I'll try to write sooner next time.