Boot stripe, bottom paint, canvas and interior teak. All done. Sanibel is looking great from the inside out now. After working on the "hidden" systems of the boat for so many months it is really rewarding to actually be able to "see" real progress. We have the sails on her now so I am able to address some of the details in the running rigging. 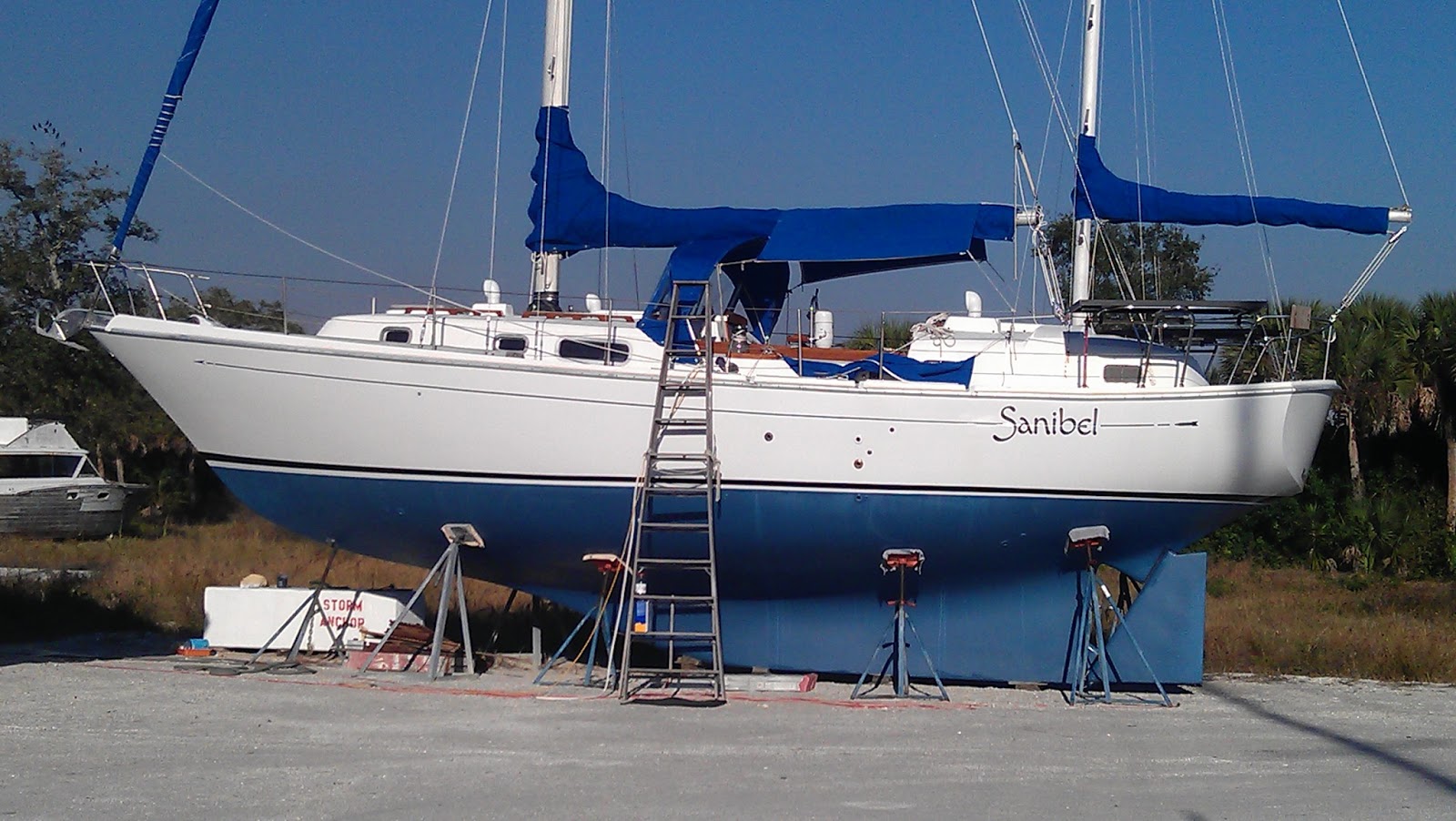 I also have found a local guy that scraps boats and sells this "boat gold" for cheap. I hope this guy doesn't discover ebay, at least while we are still here. Some of the bounty include: blocks, stainless for the dodger, a folding teak swim ladder for $20, and the best of all was a pair of Harken self-tailing primary winches for 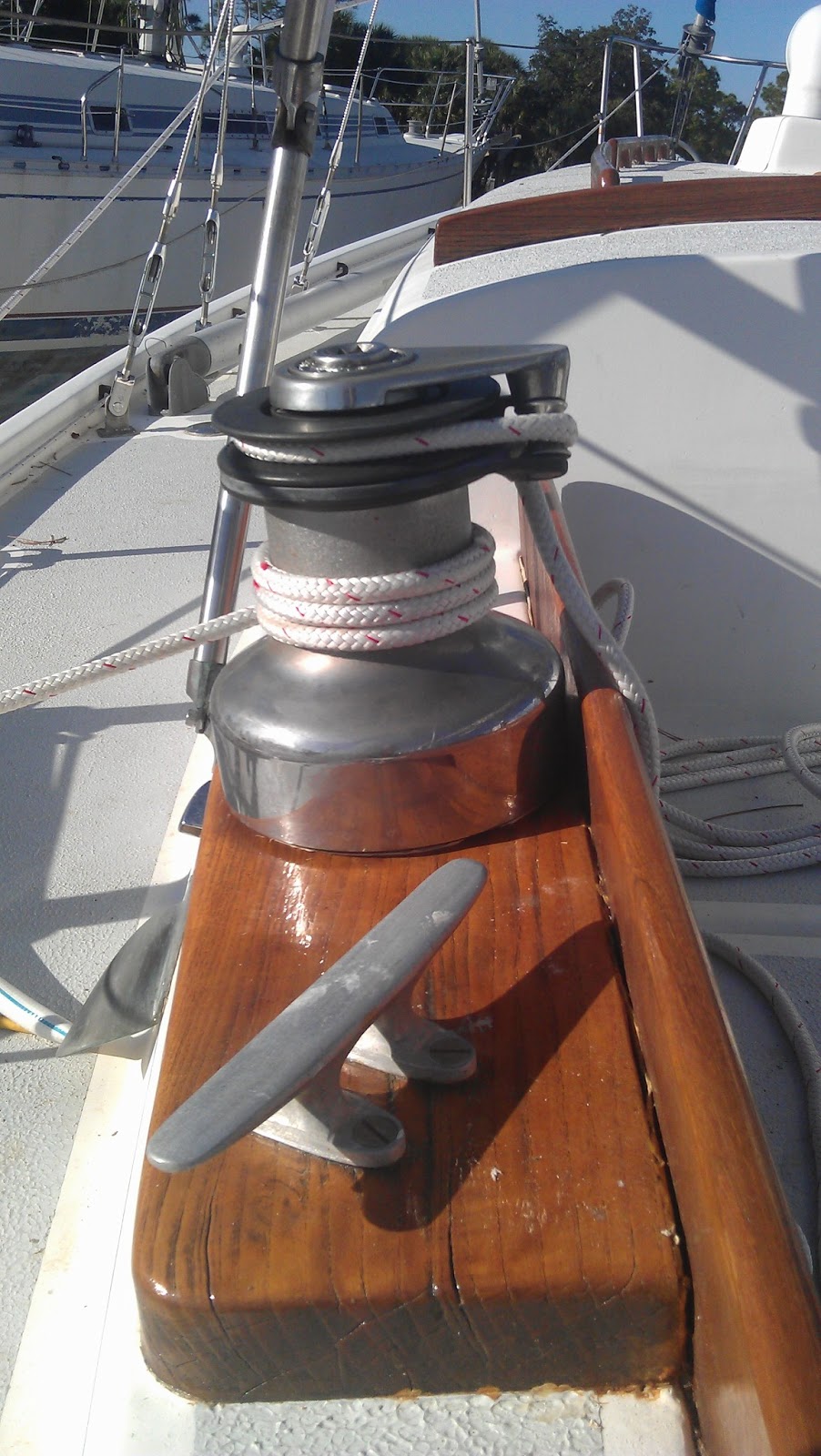 $400. I have installed the winches after servicing them, I'm sure they were last serviced the day they were assembled at the factory. They are working nicely now and will make life simpler under sail.

We have also upgraded from the previously posted paper dodger template, to an actual canvas and plastic dodger, this beast of a project took a lot of thought. I believe if I would have killed just one more brain cell back in the 90's, this dodger would not have come to be. But, as it is I am happy with the results. Much of the credit for its completion goes to Lories sewing skills and her Brother home sewing machine. 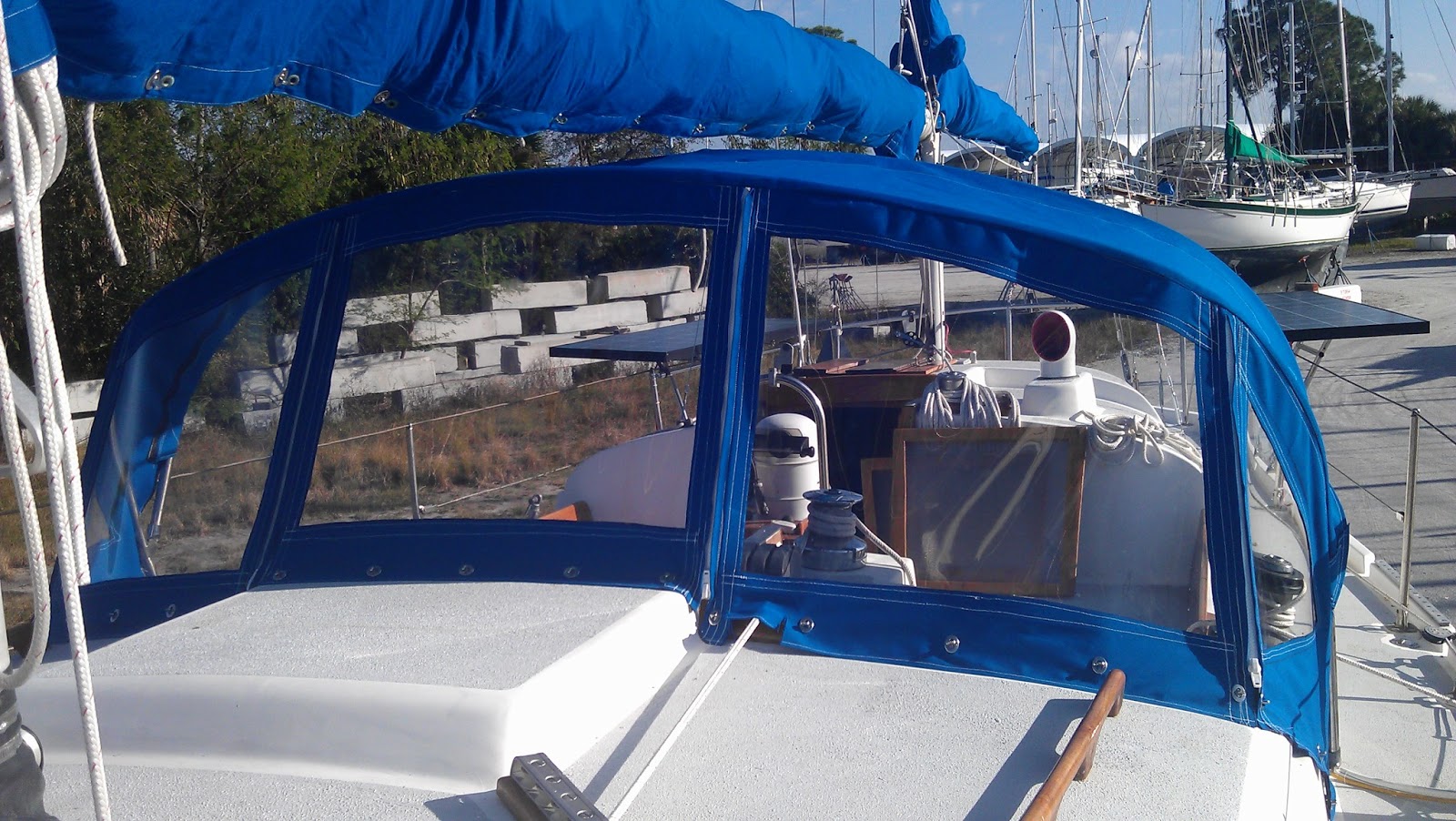 We are using Lories home machine because I broke our heavy duty 1950's Necchi. The Necchi has been a little problematic at times but has sewn through some incredibly thick material, namely during the replacement of the sacrificial strip on the Genoa sail. After reading another blogger brag that there new Sailrite LSZ-1 could sew through 8 layers of Sunbrella material, the Necchi was not to be outdone. The Necchi drove through 12 layers like a champ so we went for 16. In hindsight this was a little unnecessary but the rum and coconut water said "go for it".  After going through 6 inches  like a jackhammer something gave loose and now the shaft the needle mounts to slides around freely. Well, this is now on the needs fixin' list, teach me right, probably not.

Our engine starts and runs fine, but does smoke. especially when it is started cold. It will probably need to be rebuilt in the future, but I don't want to do anything too involved until we can spend some time in the water running it. I haven't been able to get the tachometer working off the alternator so I bought a product called Tiny Tach that has a sensor which mounts around one of the injector pipes. It makes sense that a injector will activate once per revolution of the engine, but I haven't figured out how this little sender detects it.
Posted by Jim N at 10:37 AM No comments: