We are home from New York and back in our normal routine. As expected, we had a wonderful trip and experienced many different things. Of course we did all the usual and a bit more. We were on our feet constantly walking just about everywhere we went. Even using the subways could be exhausting going up and down stairs, fighting the crowds and having to stand during the ride. I am happy  to report that I did not once get caught in the subway doors though it was close a time or two. Lol After about five days and recovering from a couple of blisters my feet were broke in and not at all concerned with the amount of walking we faced.


The people were great and not what I expected. Everyone we  talked to on the street was friendly, polite and helpful. I could not have been more surprised or pleased. We stayed at an old brownstone in Brooklyn. We found it on www.airbnb.com. The price was right, the hosts were fantastic, and the room was comfortable. We thank them for their hospitality.


I'll touch on what we did and focus on a few things that stand out.


We took a ferry to Staten Island passing by Lady Liberty, we gazed at the Flatiron building, the Chrysler building, and the Empire State Building; though we did not got to the top of any of them. We explored the New York Library, Fifth Avenue, Macys (including the original civil war era wooded escalators), Tiffanys, FAO Schwarz  (the famous toy store from BIG), and the financial district with the famous bull. And Grand Central Station was grand! Buzzing with people coming, going or simply standing.


Parks we visited were Central Park, Prospect Park, andBattery Park. All three were warm, full of happy people and welcoming. We saw the movie Marvel Avengers in an old old theater and ate New York style pizza every chance we got.


We spent a rainy day at the Metropolitan Museum of Art along with everyone else in new York who had the same idea of escaping the rain. Lol


We walked the Brooklyn and Manhattan bridges a couple of times each, as well as spent time in the parks near their bases. We also attended a free concert in the Brooklyn Bridge park listening to a brazilian band Nations Beat. Of course we lounged in Times Square imagining ourselves there on new year's eve. We chilled at a Jazz club one evening called Fat Cat. A really neat place housing dozens of pool tables, ping pong tables, shuffle boards, chess, scrabble games, couches galore for lounging and probably more unbeknownst to us; Jimi's utopia. We spent an evening at the Brooklyn Bowl with tickets to a unique music band called Beats Antique and another night we rocked with JJ Grey and MoFro. All were very good.


We walked around the Rockafeller Center hoping to catch a glimpse of someone famous, but settled for a bunch of tourists like ourselves.


We were lucky enough to attend a David Letterman taping and had great seats in the fourth row from the stage. Betty White was the guest, which was an extra special treat.


And off course lets not forget the Twin Towers Memorial sight. Water falls have been build in the footprint of the original twin towers buildings; carved on the perimeter of each are all the names of the people who lost their lives on 9/11. The memorial was incredible and something we will never forget. 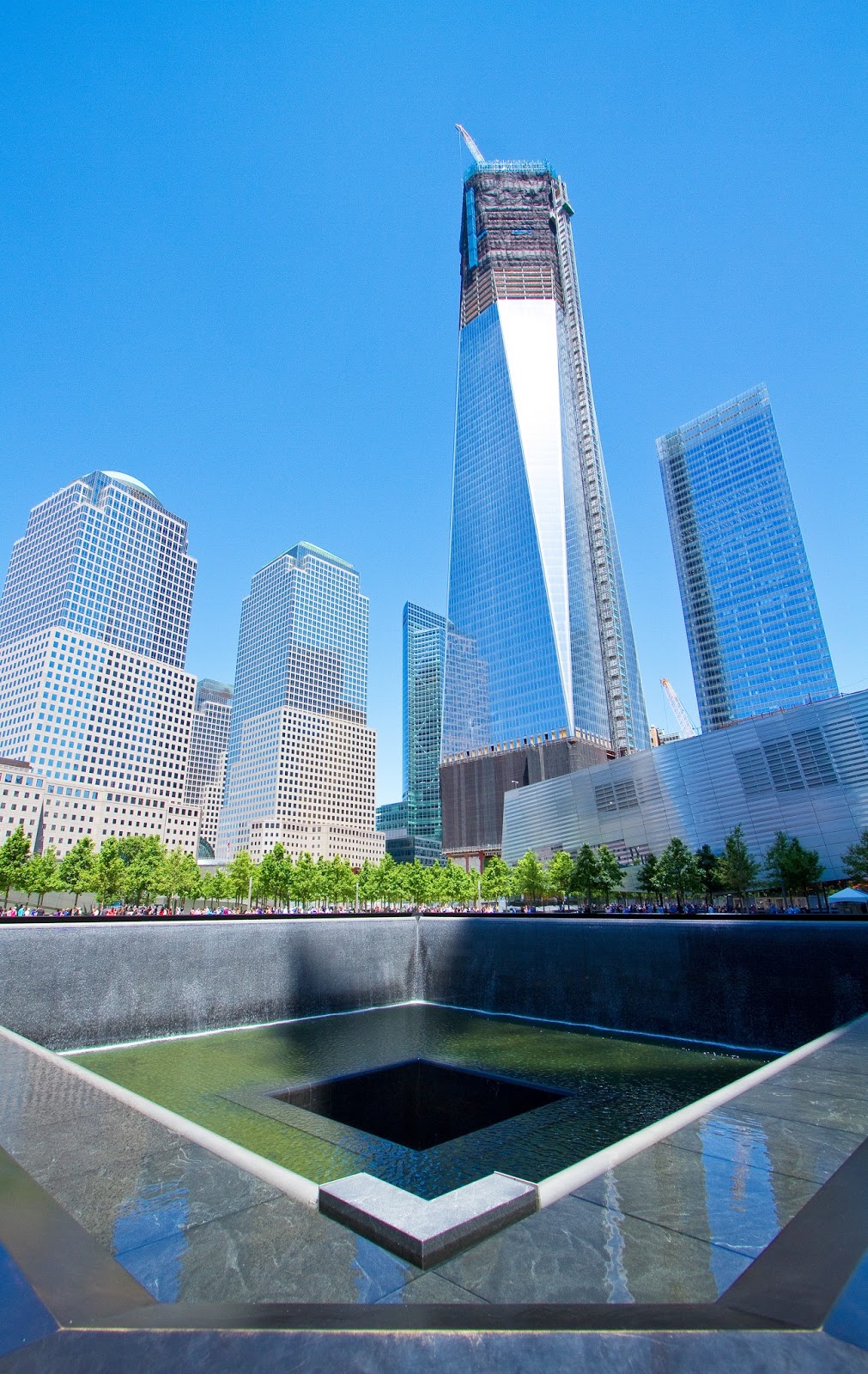 Probably one of the most outstanding places we visited was a place called 5 Pointz, We passed by it on the subway and decided to check it out. This large warehouse was covered with graffiti all around it. Upon further investigation we saw and spoke with many taggers while they were painting. We ended up visiting the area on three different occasions. Over the weekend they had underground rappers telling it like it is. This was the real deal. Amazing life stories and everyday people with incredible skills and talent. The man that curates the place allows people (with permission) to express themselves through their art. The curater, street name Meres One is probably the most famous grafitti artist in New York. Jimi spoke with him for a few minutes and was honored with a personal tag drawn on a subway map; Jimi's souvenir. While there, a lady was filming a documentary. We spent a little time with her and she interviewed us for her film of 5 Pointz.. And apparently the building with its grafitti will be in the movie "Now You See Me" to be released in January 2013. It was absolutely the coolest. We witnessed a few other photo and movie shoots while roaming around New York. We stood around to watch for a while, but quickly became bored and moved on. Along with New York pizza we ate New York hot dogs, ate at the famous Katz diner (from Harry met Sally), and can't pass up the ice cream.


We have so many pictures, but have only managed to get a few ready for this email. I'll be working on putting scrapbook pages together and will let you know when they are finished.


I am pretty busy finalizing things with Cencorp over the next two weeks. Jimi is finishing up the exterior of Sanibel and we are both excited about beginning with the interior and my being able to devote my time helping him.


We are happy to announce the arrival of Jimi's great niece, Sophie, born on May 22nd to Tracy Nicolaus Faber. 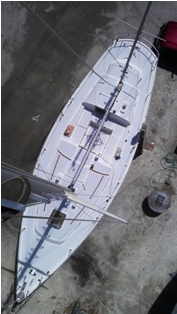 Hey hey - great news - we've made great progress on Sanibel. Jimi is putting things back on the boat compared to the last six months of taking things off. He has reattached the hardware to Sanibel's deck; The life lines are back up, the cleats are bolted in place, and the windlass is rebuilt, painted and bolted to the deck ready to handle the anchor and its chain.

Jimi has varnished the teak hand rails and cockpit pieces. He hung the pieces from the lanai ceiling to complete this task. (see the picture attached 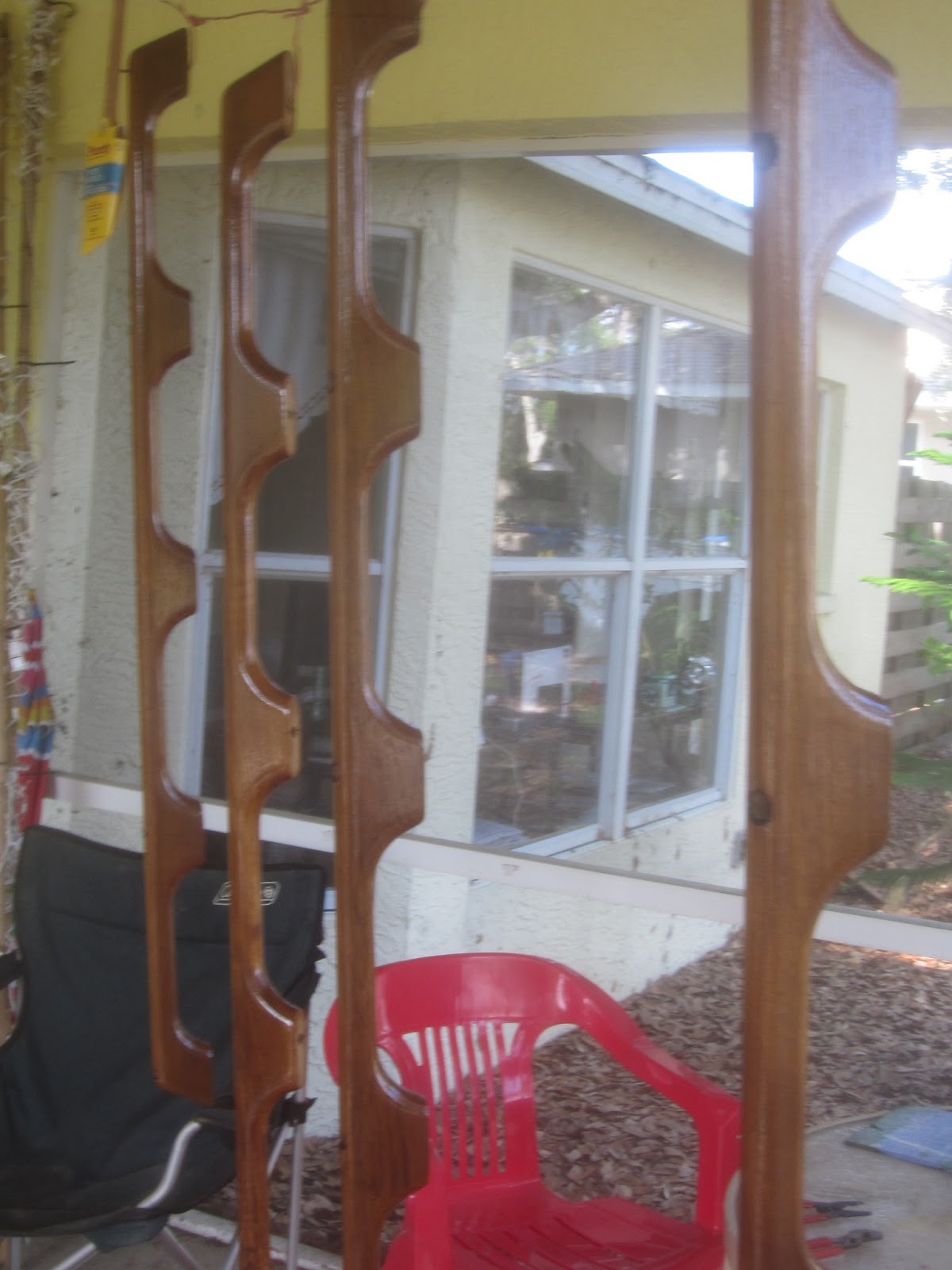 Jimi bought two folding bikes from our boat yard neighbor. Some elbow grease, new tires and tubes, and a lot of lubricant brought them back to life. Our crystal ball sees them as being our main mode of transportation on land in our future. I know you can't tell from the picture, but they fold in half at the middle of the bikes. We'll send more pictures late 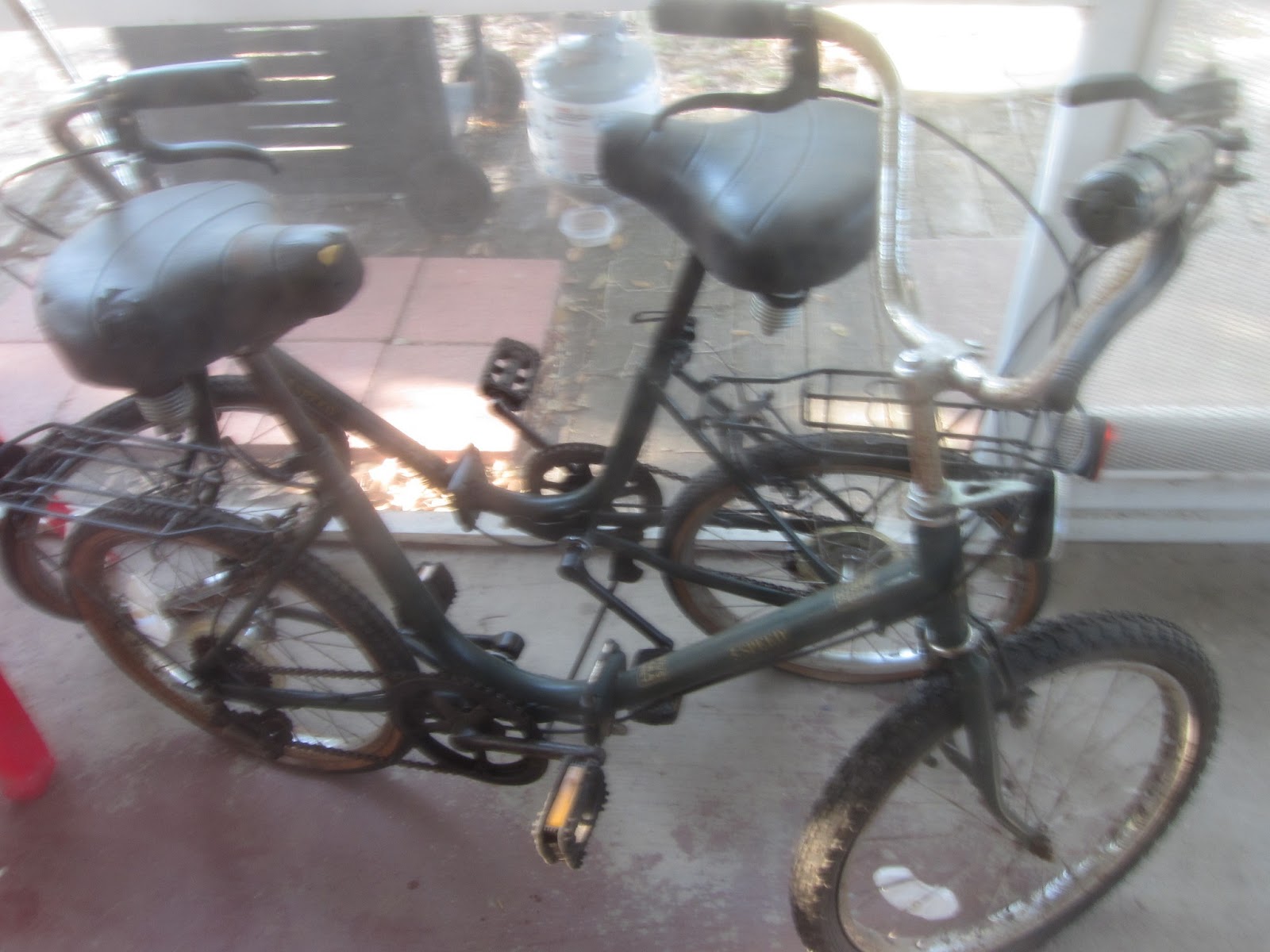 I have finished my TEFL course. It has given me the tools I will need to teach foreigners English as their foreign language. I have another class to complete, which focuses on teaching young learners. I'll begin that class in June.

I'm still loving my Nook and have read another Nora Roberts book, "Birthright". I just began reading Arthur Hailey's "Detective". And I have an entire library of books to read.

Jimi was able to get a picture of a cardinal from our back yard and while at it he captured a shot of this little gecko. The cardinals are still abundant and lately we have seen an increase of blue jays too. We haven't seen any activity from our dove. We wonder if she has moved on. 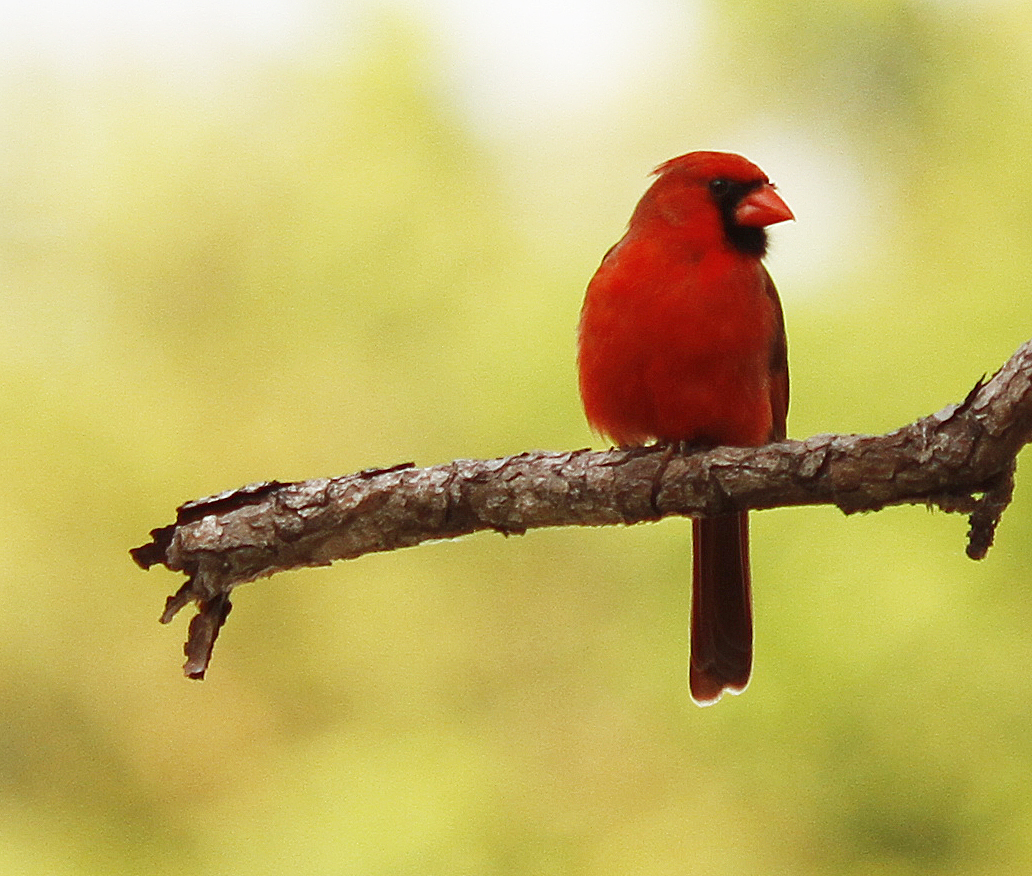 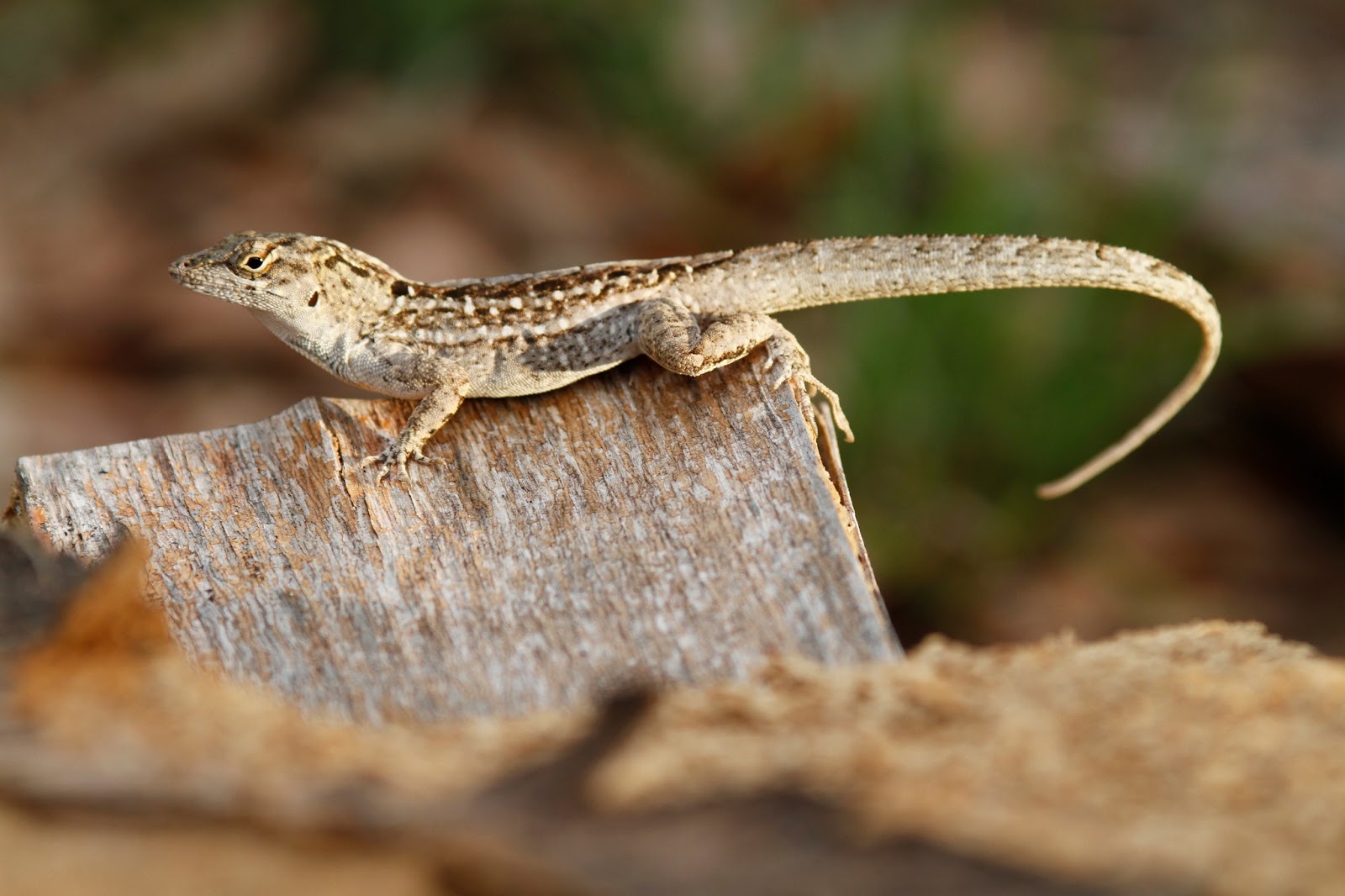 I have learned that my last day with Cencorp will be May 31st. There's a chance I will do some part time work for them, but it is unclear right now. You know what this means right? I'll be at the boat yard everyday working for Jimi - oh boy.

This is a plus for us, as Jimi could really use the help on Sanibel. In June we will begin working on the inside with wiring systems and plumbing.

We leave for New York tomorrow. We haven't had a vacation in two years and are considering this our honeymoon.

We'll send out another update when we return. We will have lots of pictures!

That's all for now. An early Happy Mother's Day to moms everywhere!!