Sanibel floats nearly smack dab in the middle of St Petersburg downtown area; for now, this is home. We arrived on Saturday, April 18th.

Our first night here we sampled the night life with Ray. We found a happening little place with a live band, expensive drinks served in plastic cups and plenty of people to watch on the dance floor. After a couple of drink we left and walked about for a while…the streets were alive. During our stroll we poked our noses in a few places. Probably the neatest was a bar atop a ten to twelve story building. Blue lights lit up its surroundings. We looked over the wall  with the sea breeze in our faces and saw the basin where Sanibel slept. We had a nice time, however, Jimi and I were ready to call it a night by 11pm. I’m not sure what time we got back to Sanibel, but I don’t think it was late. Jimi and Ray stayed up for a while in the cockpit; I went to sleep. 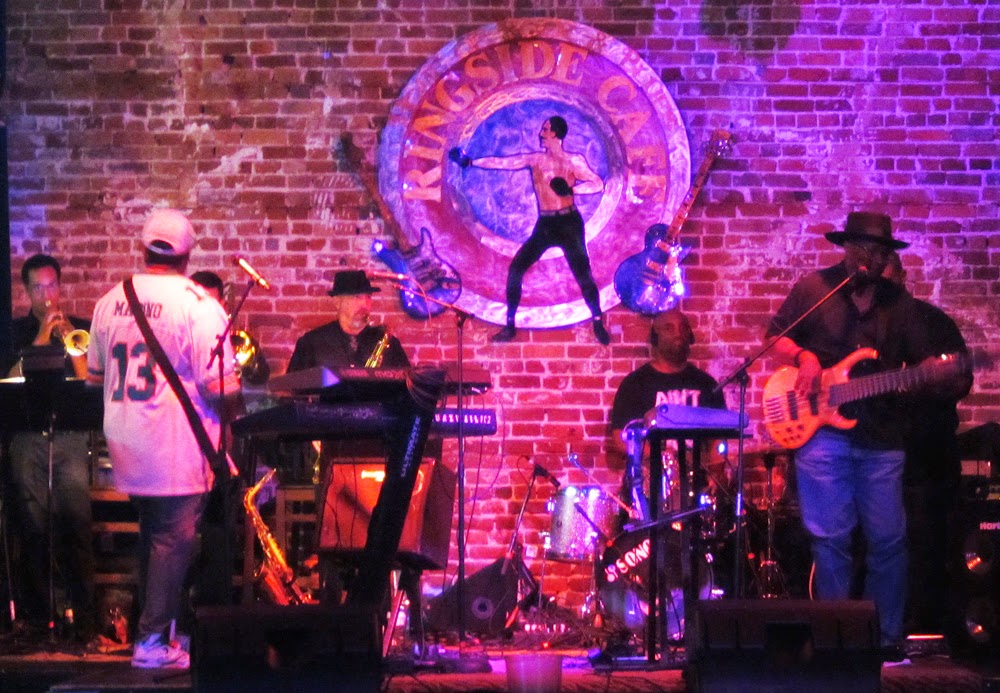 The St Petersburg  Municipal Marina is the largest in the state of Florida. They have only a handful of mooring balls, which is where we’re at, but they have about  600 slips. The cost of a slip would double the price we pay for a mooring, so we’ll remain where we are. We are right downtown. To the east of us is Tampa Bay, the marina is on our south, downtown St Petersburg, which includes sky scrapers, a large park and tons of shopping is west of us and to our north is the Vinoy Marina, park and Renaissance hotel. We have it all. The area is beautiful, well cared for and there seem to be activities every weekend with plenty to do and without breaking the bank. We have access to a dinghy dock, washers and dryers, showers with hot running water and internet in the marina lobby. The grocery store is only a few blocks away, as is Starbucks and many other long time missed conveniences. 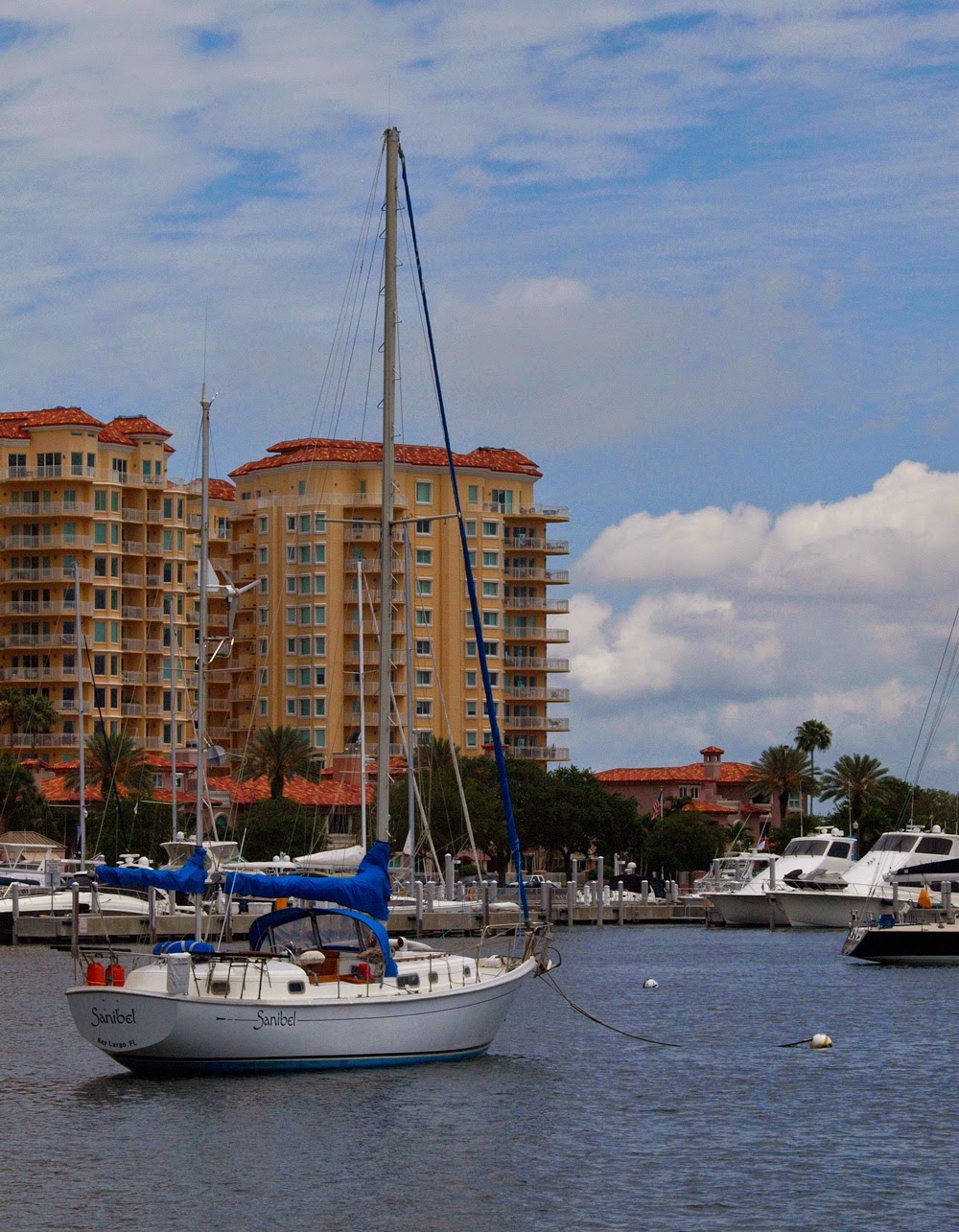 This view of Sanibel is taken from the sidewalk. 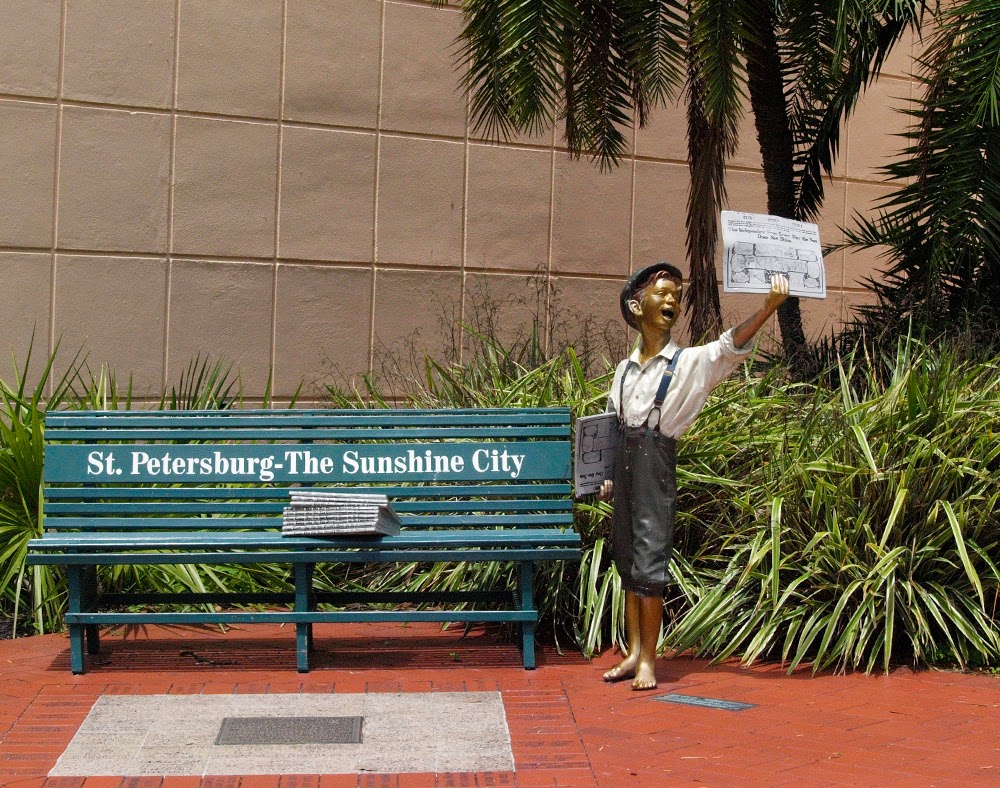 This newspaper boy and his stack of papers are located outside one of the many museums. 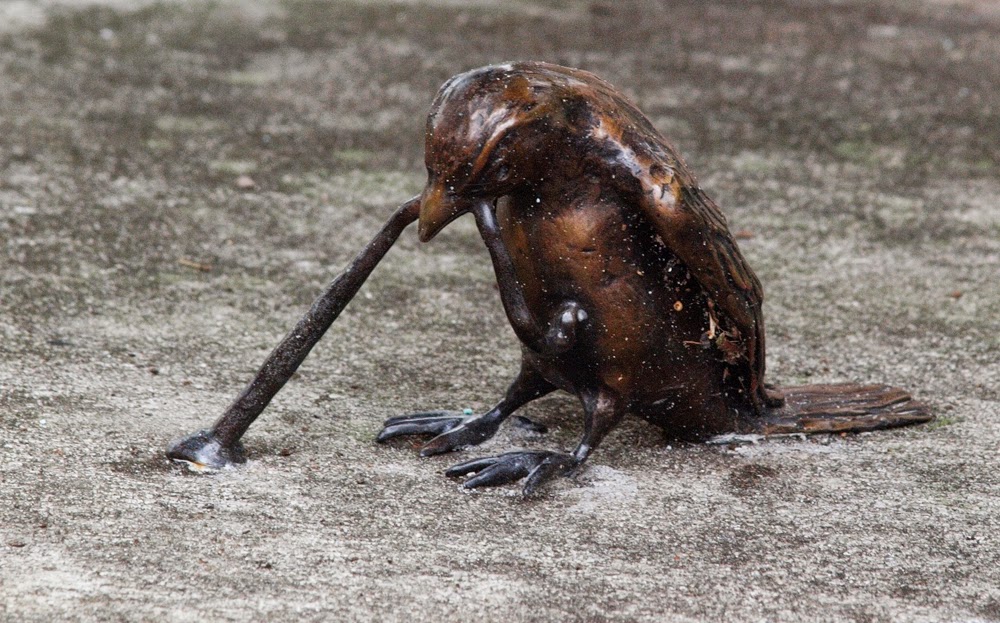 This little bird pulling a worm from the earth is the smallest bronze statue we've seen. 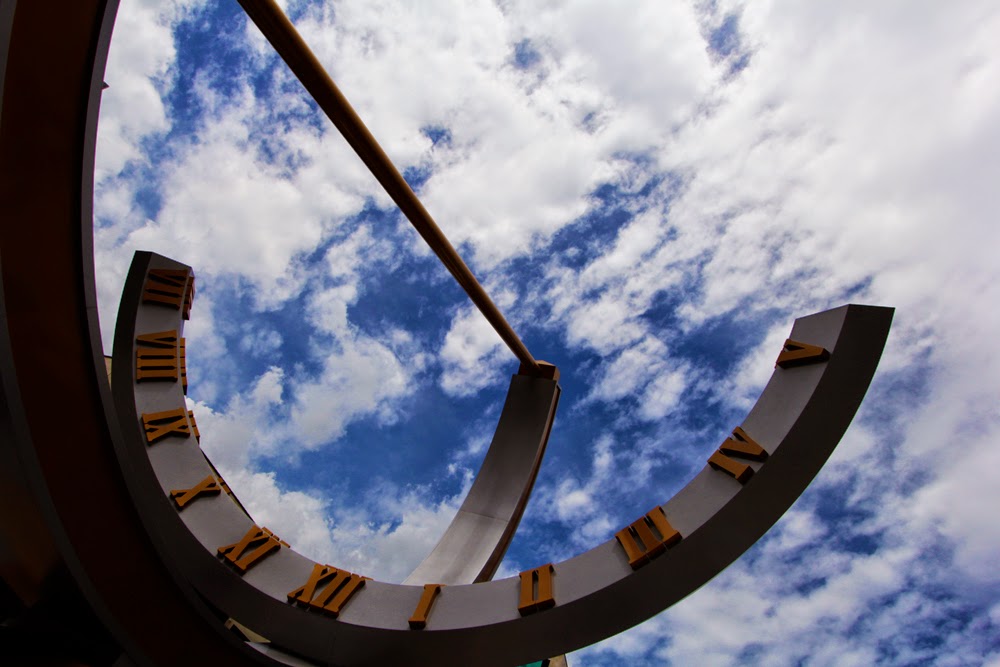 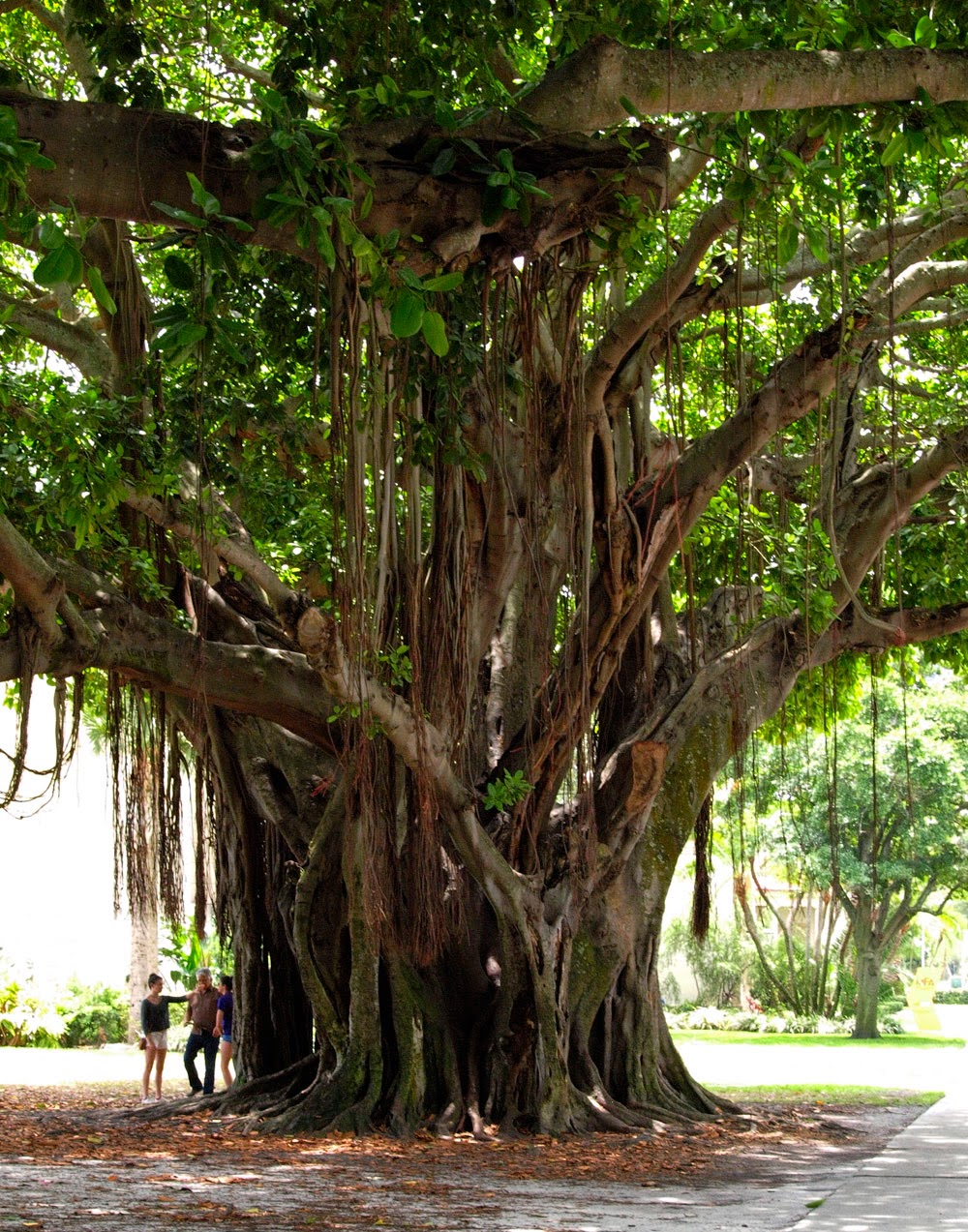 Two of these interesting trees are homesteaded in the park across from Sanibel.

The weekend we arrived we attended an arts festival. Hundreds of artists of all types filled the park with their specialty. We thoroughly enjoyed strolling through each booth. On the big stage were vocal artists signing their tunes and playing their instruments for all the hear. On the water were boat races, which we really couldn’t see, but it was nice ogling over the expensive race boats as they entered the basin. Loud music played and people danced throughout the Vinoy Marina. It was clear everyone was having a great time. We were relieved that the partying didn’t go late in to the night. It ended by 7pm. 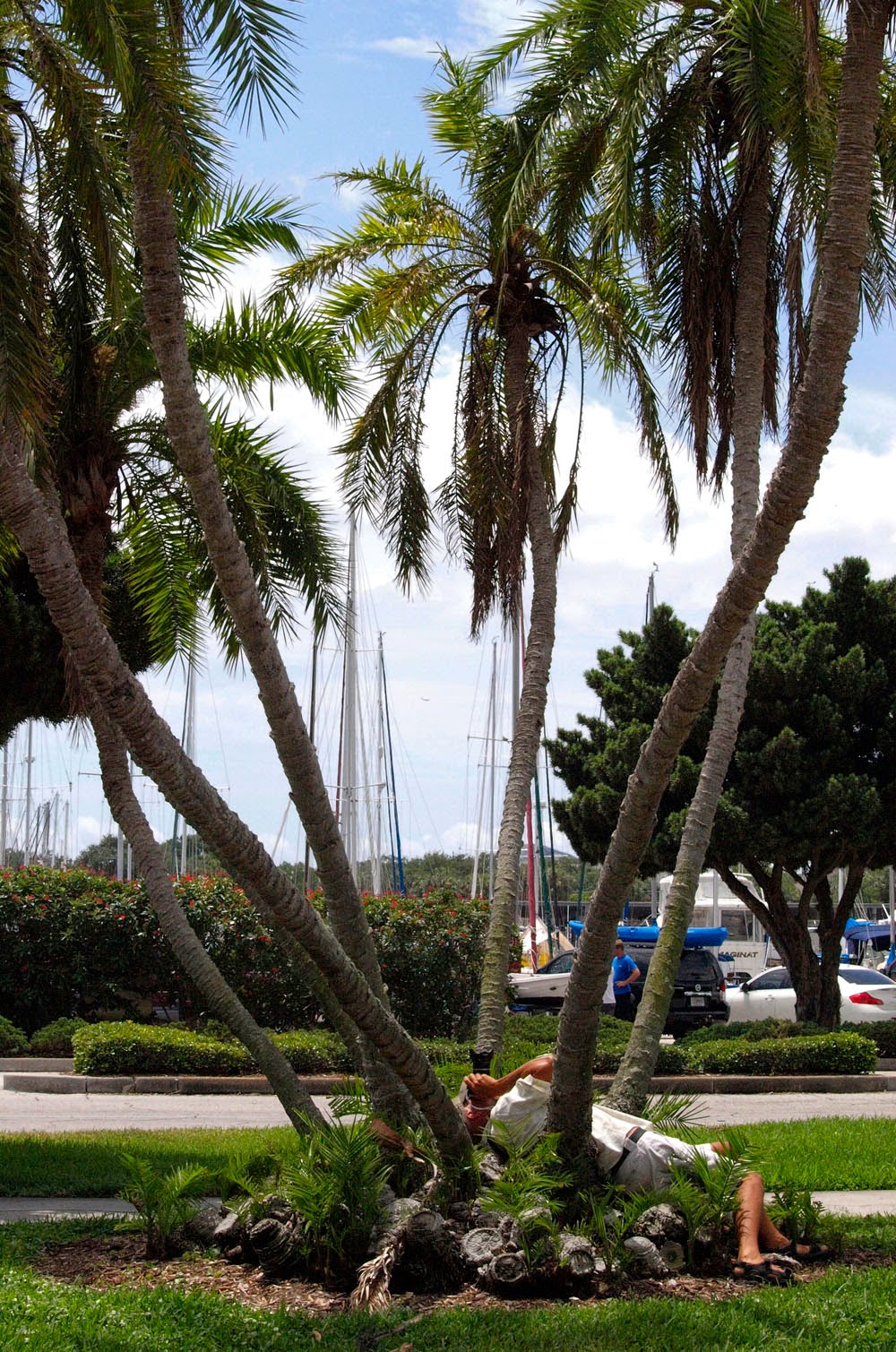 I took this picture of Jimi as he was taking his own pictures.

Jimi started his classes at Sea school on Friday the 24th. He spent three 10 hour days in class. I remained on Sanibel. He’s getting good use out of his bicycle as he rides nearly seven miles, one way, each day to and from class. We’ll have more for you about his classes later. 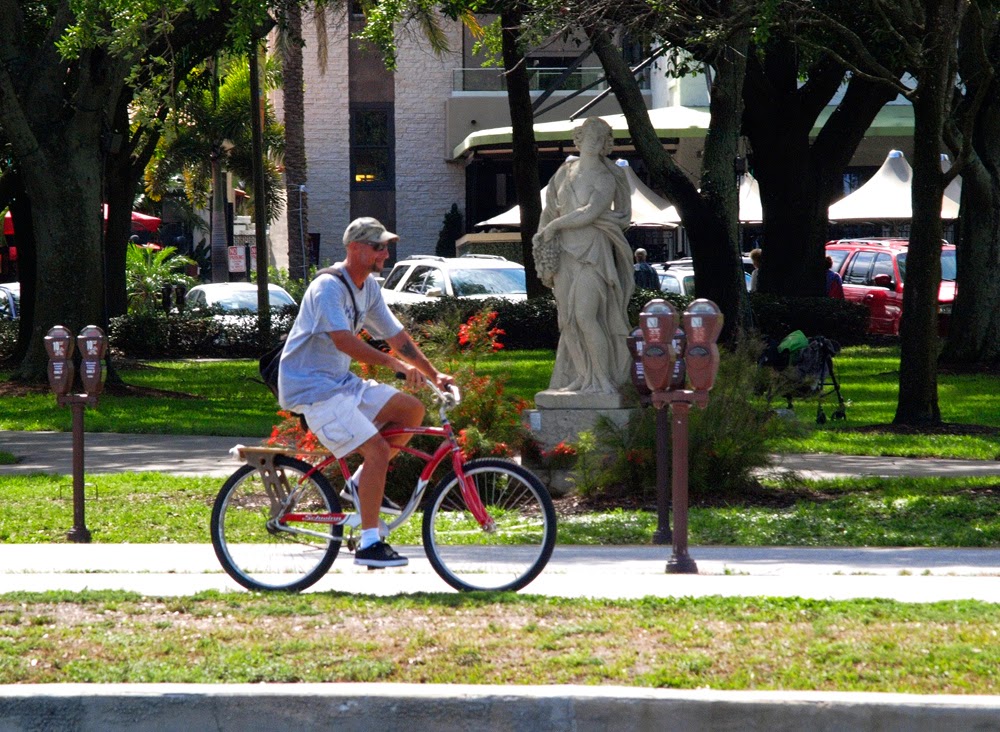 I snapped the shot after Jimi left on his bicycle. He's on his way to somewhere.

Our second weekend here there was some sort of triathlon event in the park. We weren’t able to attend because Jimi was in class the entire weekend, but I could hear people cheering others on and the announcers doing their service. The park was filled with large white tents. The streets were covered in bicyclists, runners, swimmers and of course supporters and spectators.

Needing to go to Tampa for some paperwork required for class, he decided to ride his bike rather than take the bus. Is was only 26.2 miles one way. Yes, he is a bit over ambitious or crazy. After the total round trip of 52 miles, he decided 40 miles was his limit.

Since that day, he’s told me his legs are feeling the pain.

Wednesday, April 22 we were honored with an afternoon visit from a long time co-worker and his wife. Doug and Candy Kemp were passing through the area and stopped to see us. We jumped in their car and went to a fantastic restaurant for lunch. Chief’s Creol Café. I can’t decide what was better, the staff’s hospitality or the food. Jimi ate the Gumbo, Doug and I had the Jambalaya and Candy ate the red beans and rice. It was the best Creol food we’ve ever eaten. The owners are from Louisiana and it showed. We look forward to going back there again. After lunch, Doug and candy took us to a unique winery. The wine is made from tropical fruit rather than grapes.
http://www.floridawine.com/ . We had a tour and yummy taste tests.. Finally we brought our friends aboard Sanibel for a tour and an afternoon and evening of visiting with friends. 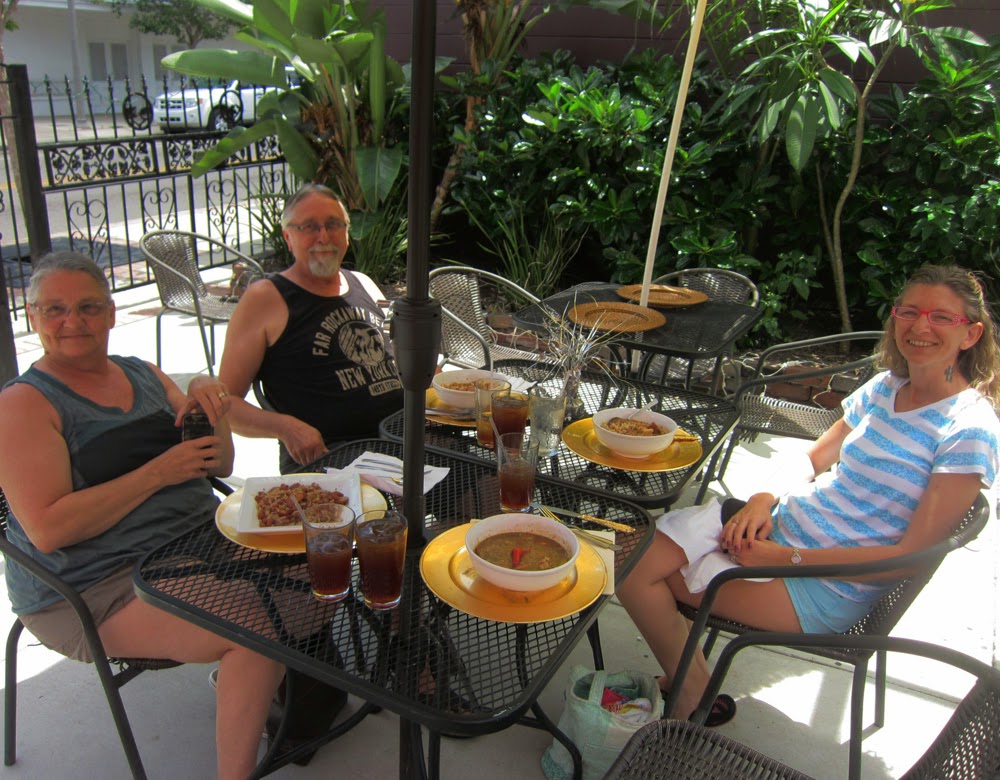 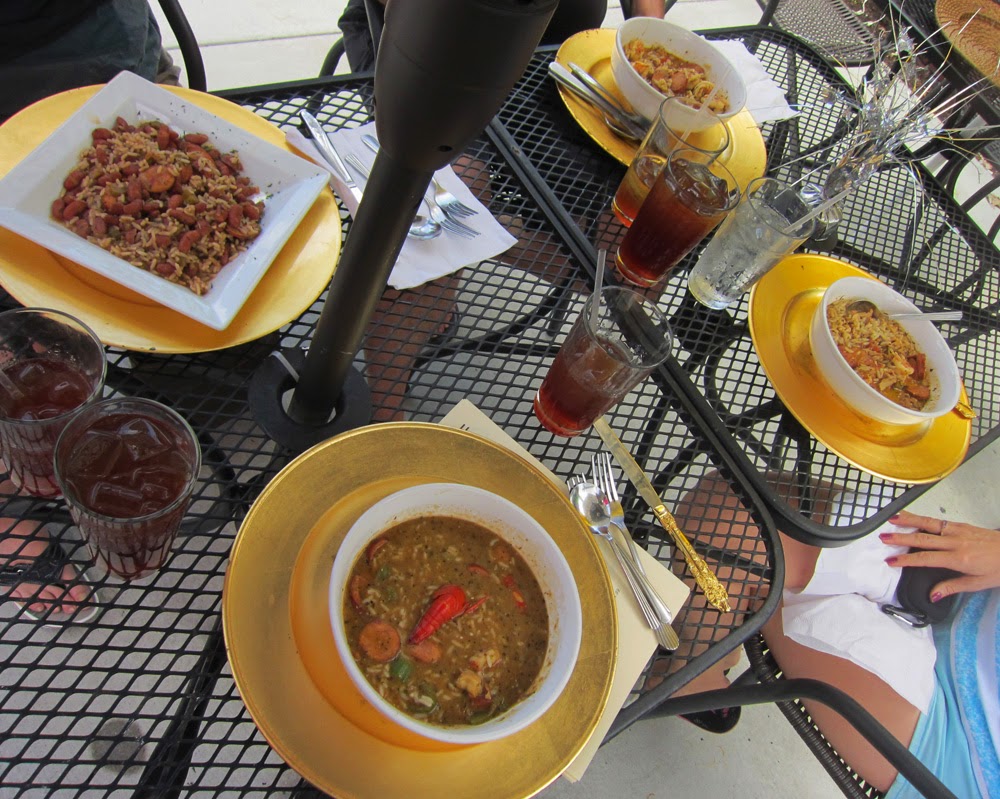 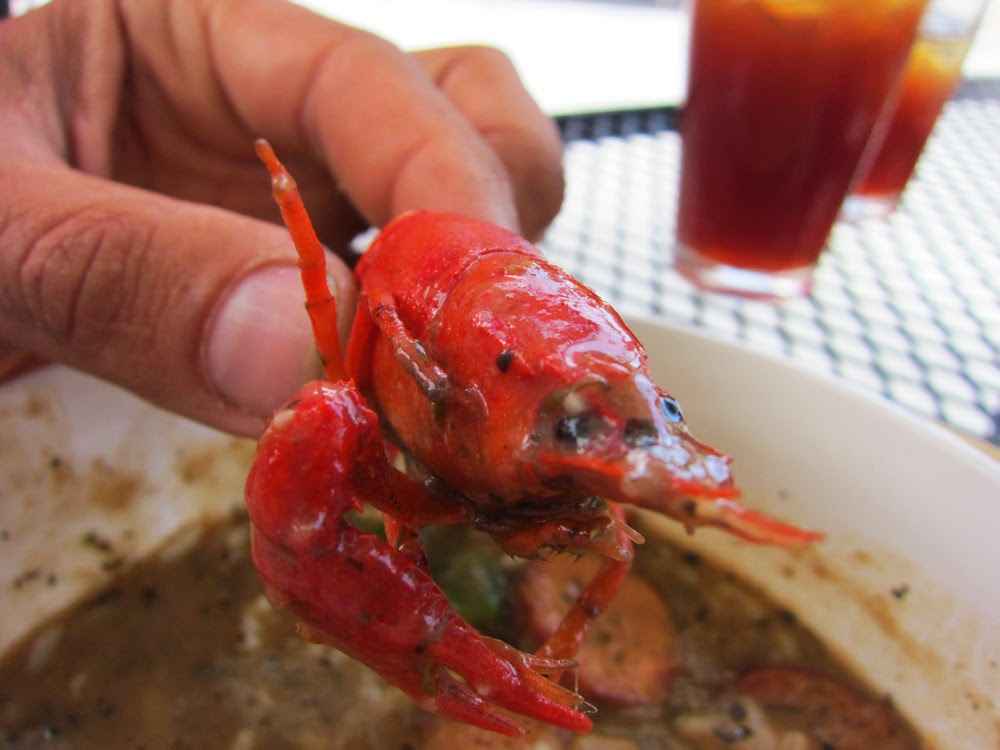 This little fella was part of Jimi's Gumbo.

Jimi continues moving forward with his classes and my work with Cencorp is going well. 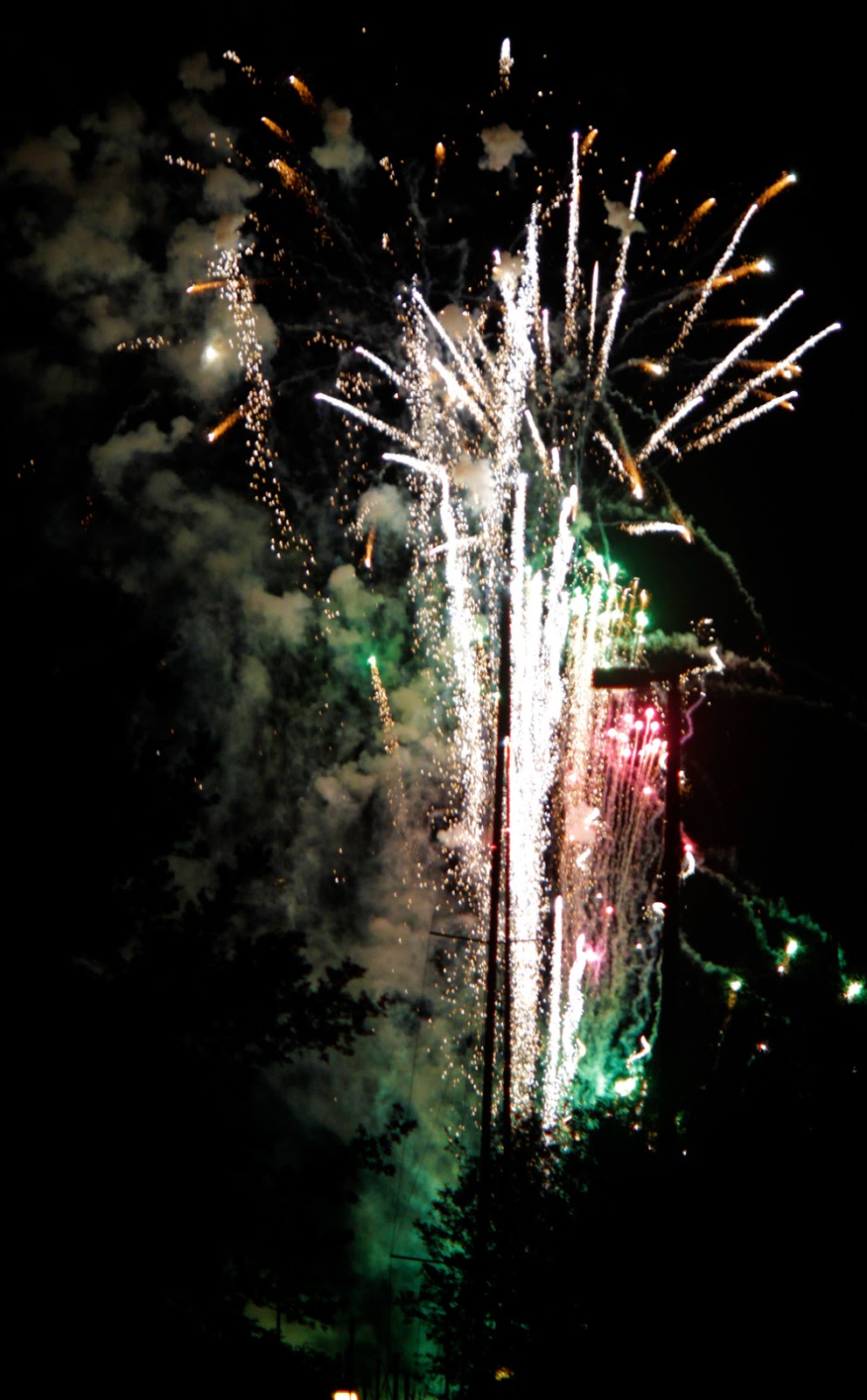 Posted by Lorie Nicolaus at 6:27 AM