Jimi went to our new house early Monday morning to wait for the town to come by to turn on the water. While he waited he unloaded the truck and trailer. When the water was turned on, several leaks were found; one of them being really bad. Jimi had the city leave the water on and he turned off the main.He called the landlord, who scheduled a plumber for Tuesday morning at 8am. In the meantime, I got off work and brought the car over to unload it and begin unpacking the house. Our first night in the house was not too bad other than not having any water or a paranoid cat meowing all night.

The plumber never showed up the next morning, so Jimi took it upon himself to begin working on the leak and fixed it. The landlord knocked some dinero off our next months rent. Yay. By Wednesday evening, we had water.

We went several days trying to beat the heat, and when we did finally decided to turn the air on, it didn't work. We called the landlord again and someone came out to fix it. Now we are cooling off. Other minor problems are many of the electrical outlets don't work and the floor in the second bedroom is ruined from water damage. However, I think we can get by without those.

We are all unpacked and settled quite comfortable. Too comfortable, Jimi says.

Saturday we went out in search of yard sales. We found two amazing white couches for free sitting on the side of the road. The back cushions were missing but we went to the Restore and bought a bunch of large throw pillows for $1 a piece. Then we stopped by the Goodwill and found an awesome microwave for $10. By the end of the day, after rearranging our furniture, we were quite proud of our resourcefulness'.

Sunday we went to the Sanibel Island beach to scope out a wedding spot and enjoy some fun in the sun. We swam in the Gulf, soaked up the sun, collected sea shells and watched the wildlife. We witnessed long beaked fish digging for grub in the sand, fish jumping out of the water fighting the current to avoid being swept to shore, two large pelicans just floating in the sea as they had nothing better to do, and a pod of dolphins passing by in the same location we had been swimming just moments earlier. We watched them from the beach in awe. We picked up a beautiful orange and black shell, then realizing a sea creature was still inside staring at us. We returned him to the bottom of the ocean.

Despite our rocky start with the house, we are doing well and ecstatic with everything. Molly is doing super. Jimi has found a couple of prospective sail boats that he'll go take a look at this week.

I dropped my ring off at the jewelers last Friday and am making wedding plans/arrangements. We'll have a beach wedding and reception on November 5th. Afterwards we'll watch the sun set with cocktails in hand. We know it may be a lot to expect you to come out, but I will send invitations anyhow. Whether you came for the weekend or stay longer to vacation and sight sea, it would be so much fun and mean the world to us.

Here are some pictures of our house: Our living area, with the free couches and $10 in couch pillows, our homemade bedroom furniture, and our offices. 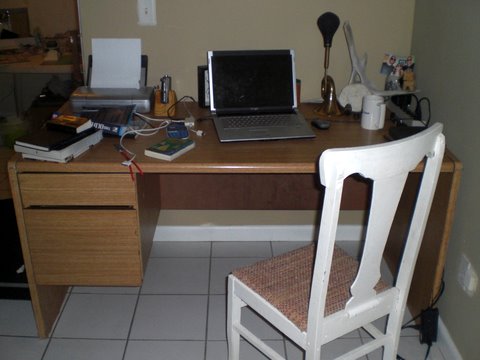 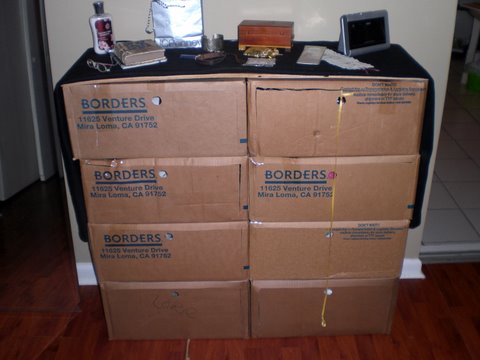 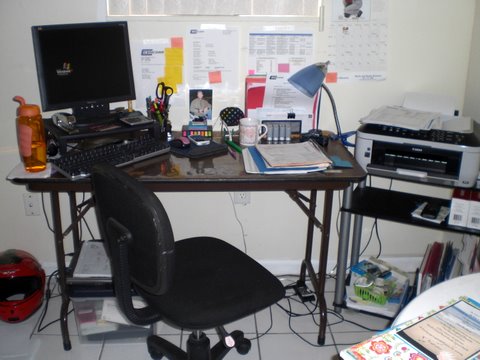 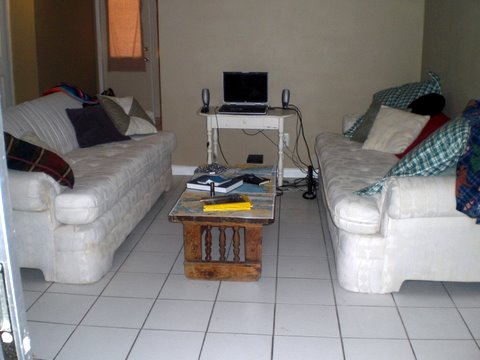