Good news - we found a house! It is in Englewood, FL. A two bedroom, two bath, with a garage, all kitchen appliances, an enormous fenced back yard with a lanai. It also has a washer and dryer, which means no more going to the laundry mat. The house is in a small rural subdivision and the neighborhood seems real quite. The house also has a lot of household furniture/patio furniture the owner doesn't want and we are welcome to use or get rid of. For just slightly more than what we are paying here, we will be just 7 miles NW of the boat dry dock and 7 miles NE of the beach. We are real excited. Hopefully this proves to truly be a blessing in disguise. We begin moving next week.

We had a real nice surprise on Thursday. Jimi's nephew, Robert and his wife, Michelle, were in town from Chicago, IL. They came by and spent the day with us. We went to Sanibel Island to play in the water and lay on the beach. What an amazing day when Jimi and Robert were swimming with a Manatee (Sea Cow). They got out of the water and called us girls over, then it swam right along shores edge as we walked the beach with it. Really really neat. I didn't have my camera with me, so I wasn't able to get any pictures. We also hit a sea shell gold mine. We found dozens upon dozens of Cockie shells in tact but abandoned. Jimi and Robert dove down to retrieve them, while I collected them from above. I will clean them up and make some craft project out of them. We also found many that were still occupied, but of course we threw them back. It was so nice to have family visit us. 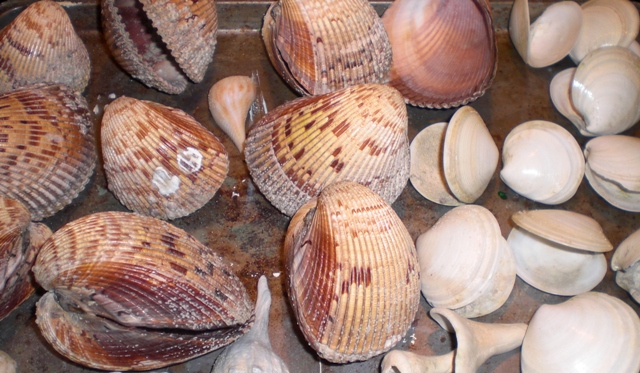 Sunday when we went to Key Largo to snorkel. Wow, it was so great. Unbelievable to think we were swimming just inches away from dozens of species of fish. As long as we minded our own business, they were totally fine with our presence. Jimi and I (mostly Jimi) took bunches of underwater pictures with my camera. The water was so clear, the fish, coral, and plant life were so bright - we were in awe. We could see at least 15 feet to the bottom. For those who come out for our wedding, we are thinking of planning a snorkel trip on Sunday, but those details will come later. 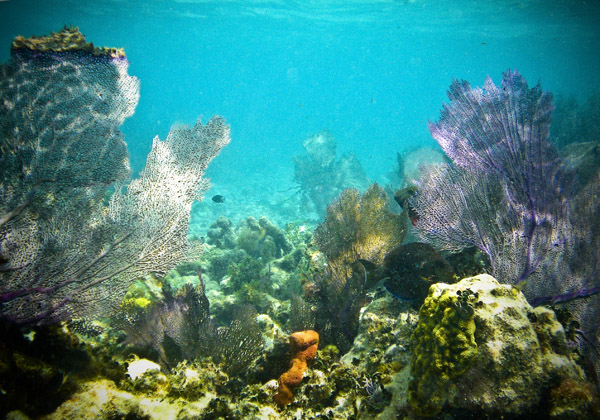 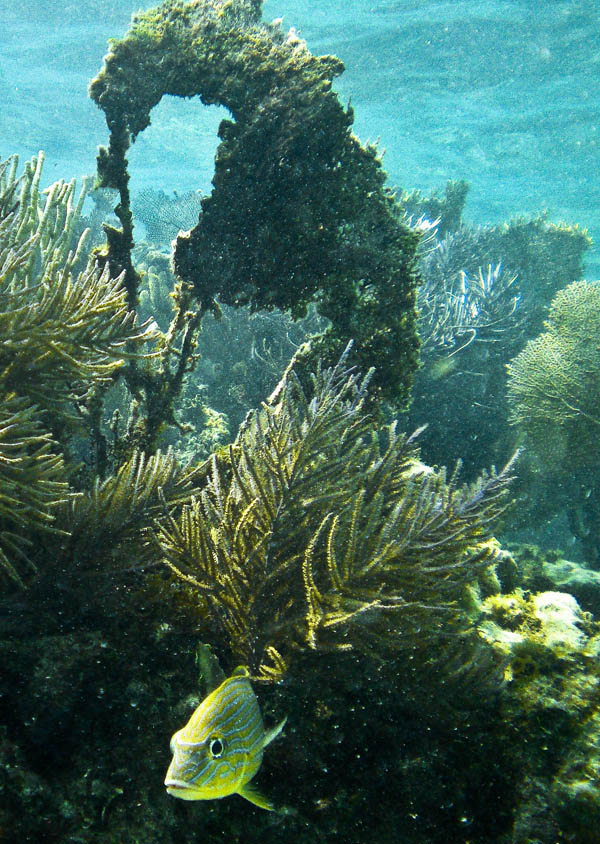 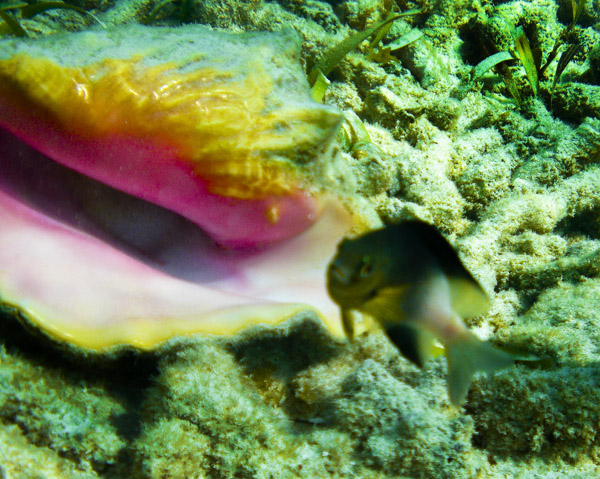 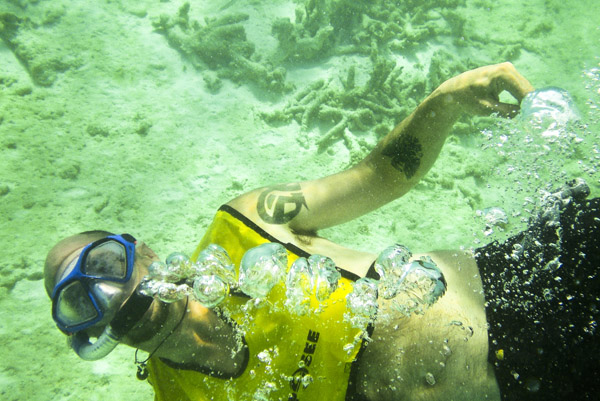 Before I close, I have to tell you a cute story. While snorkeling, one of the Conch shells on the bottom of the ocean was upside down. Jimi went down to take pictures of it, but there was a little fish about 3 inches in size who was not having any of it. We suspect he made a home out of the Conch shell. He was trying everything he could to chase Jimi off. He would  lunge at the camera; at one point even bumping into to or biting at it. Jimi captured another picture of the little guy chasing away another smaller fish. It was quite cute; however, note to self - do not try to laugh under water, as it breaks the seal of one's snorkel gear. Lol. After getting a few pictures, we left the little fella to explore more sea life.