We left Black Point heading for Georgetown knowing that we would stop just five miles south at Big Farmers Cay. We ducked in to a small area with islands all around us: Big Farmers Cay, Big Galliot Cay and Little Galliot Cay. Cutting through Big Farmers Cay gave us the chance to move from the West side of the Exuma chain to the East side. None of the islands held any buildings or civilization, we were all alone. Occasionally a boat would sail by and occasionally we would hear the sounds of goats from one of the islands. After doing some reading in our outdated 1987 Bahamas guide book we found out that wild goats do indeed live on the island by themselves. How they got there, we do not know. Anyhow, we settled in to stay the night. We couldn’t swim because the current was too strong and we couldn’t take the dinghy out to explore because it was on the deck. Knowing that we would leave the first chance we got, we didn’t want to unload it.

The next afternoon, out of nowhere,  a man showed up in a kayak; we invited him aboard. He was anchored just on the other side of one of the Cays. He saw our mast and thought he would come over to say hello. His name is Randy. A retired truck driver in his 60’s. He’s been out here for two and a half years sailing around Panama, the Bahamas and between. Unlike most of the other cruisers who are going North this time of year, Randy is heading South as we are. The next morning Randy left for Georgetown and we left thirty minutes behind him. Georgetown was forty miles away.

We made it twenty miles just before sunset and then anchored for the night. Randy was long out of sight. We were sure he motored most of the way while we are adamant about NOT motoring. We anchored at Rat Cay. Jimi was able to try a new technique where he tied a line from the stern to the anchor chain to cut down on rolling. It’s a neat trick and really helped give us a steady nights sleep.

We left bright and early Friday morning arriving in Georgetown about 5pm. We found Randy right away and anchored near him. He came over for drinks and spaghetti dinner that night. The next day he showed us around the town. We got a few groceries, a 1GD sims card from the phone company, so we can check weather on Jimi’s phone, emptied our trash and borrowed some internet while we shared a plate of french fries and grouper fingers at the internet cafe.

Most of the cruisers have left the area now, but a month ago we would have seen 500 boats here, whereas there are about 60 now. Saturday nights the island across the way has a “Chat & Chill” get together. From what we understood it would be somewhat of a beach party. The island houses a bar/restaurant with all the picnic tables, lawn chairs and fun things all around. We went over about 6:30 to check it out. It turns out they stop serving dinner at 6:30 and the bar would close at 7pm. Who would have known? Anyhow, we got an order in for a hamburger just  in time. We talked to a few other couples before they headed back to their living quarters and then we sat on the beach during sunset eating our hamburger. Afterwards, Jimi made friends with a Ray (sea creature). We’re sure that the Ray was hoping for some snacks, which is why he was so friendly. We were told that the locals feed the Rays left over conch bits. As the mosquitoes made their presence known, we had to vacate the island and head back to Sanibel.

The weather today is overcast with scattered thunderstorms. We’re making use of the day on shore at the internet café. Tonight we will be guests for dinner on Randy’s boat. He cooking us fresh conch with steamed broccoli. We’re hoping to be able to do a bit of exploring before we leave here.

When we do leave, our next destination will be the Northern tip of Long Island. Once we leave Georgetown, we are not expecting any civilization (meaning stores, internet, water, etc.) until we arrive in Jamaica. It will take us a month or so to get to Jamaica; however, we’ll SPOT our location along the way.

And as for our blog - so far,  so good – our new blog through Google is still ours and we like the interface too
.
Happy sailing!
Love everybody,
Lorie & Jimi

Thank you for your email and prayers. 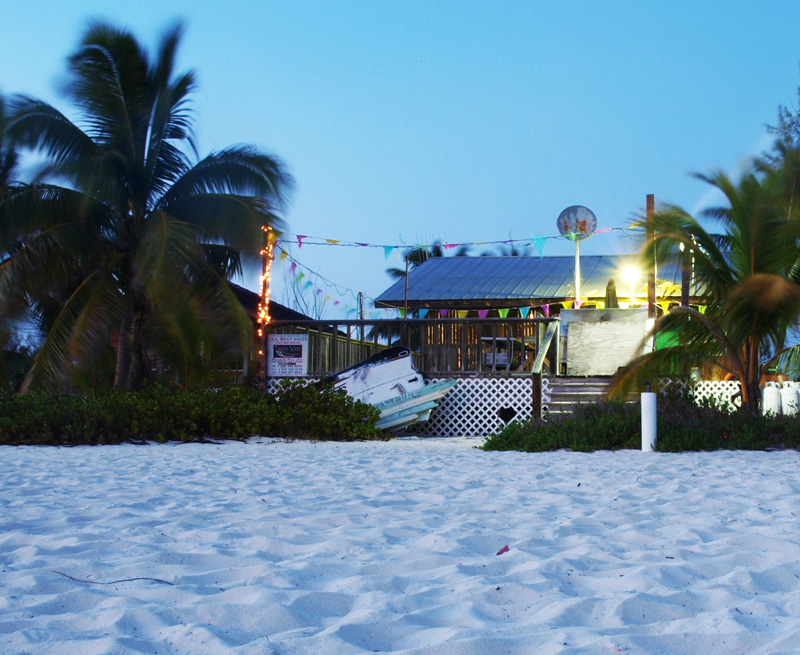 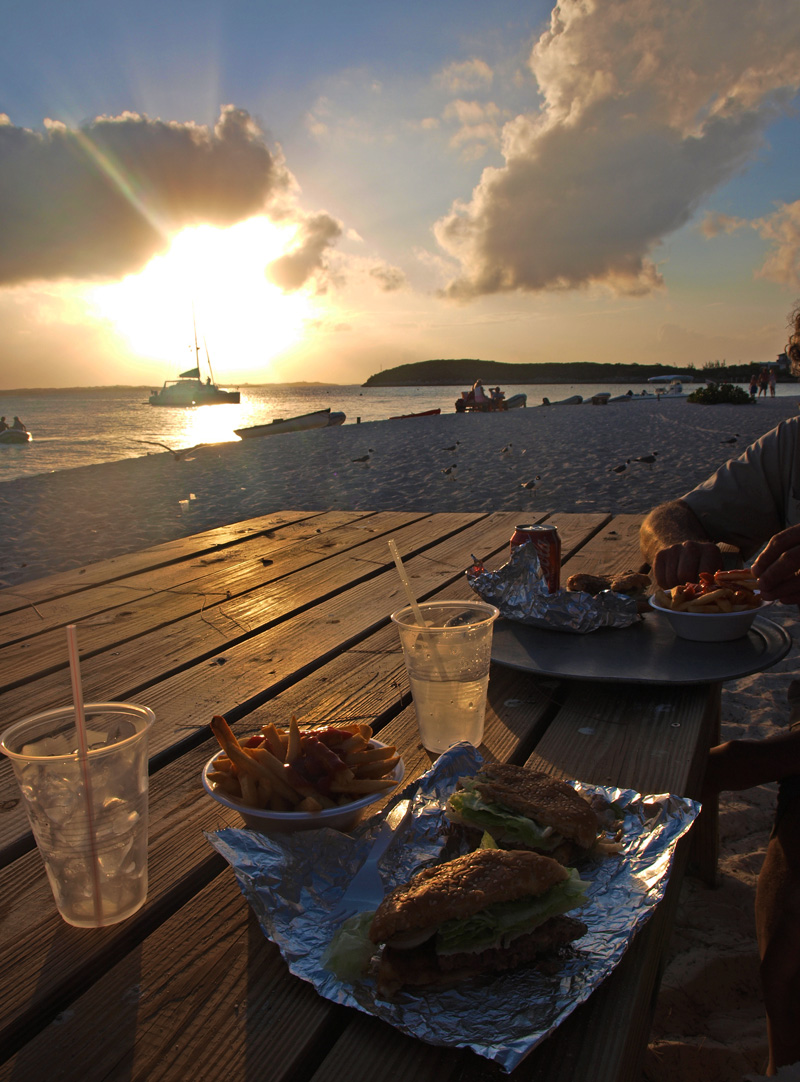 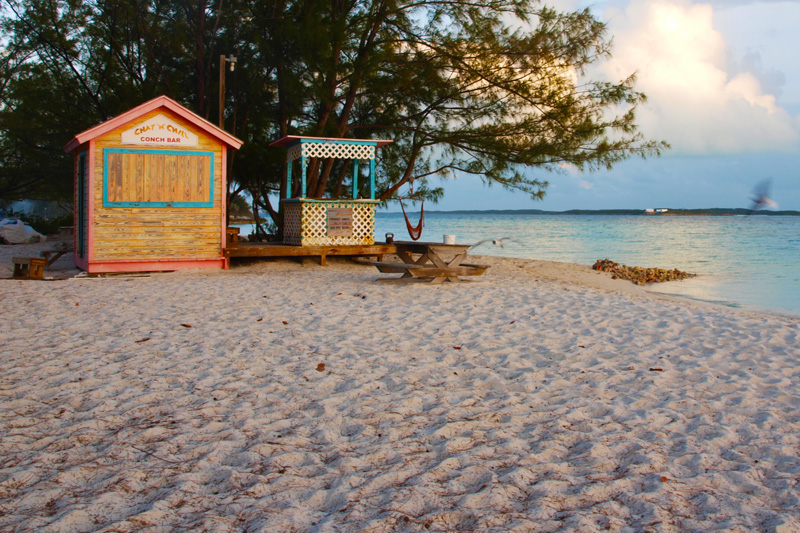 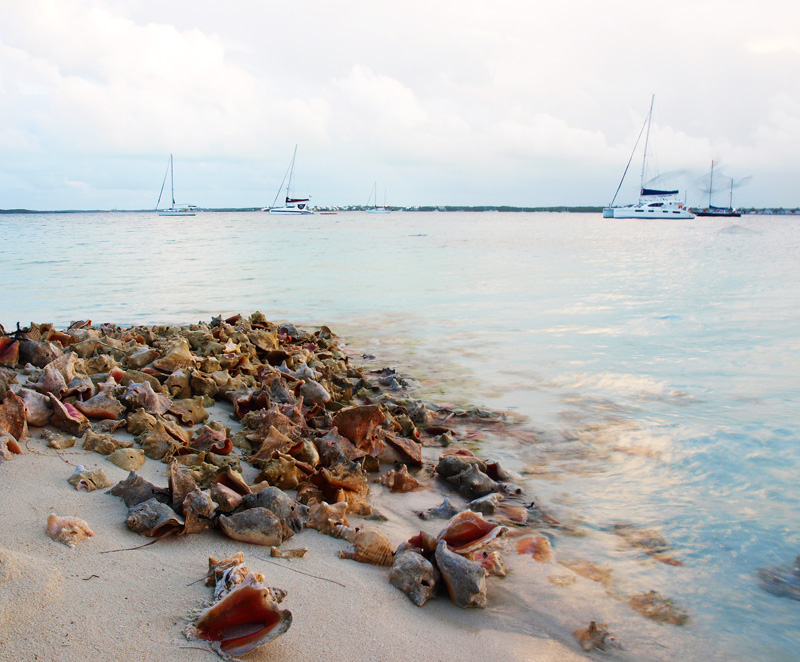 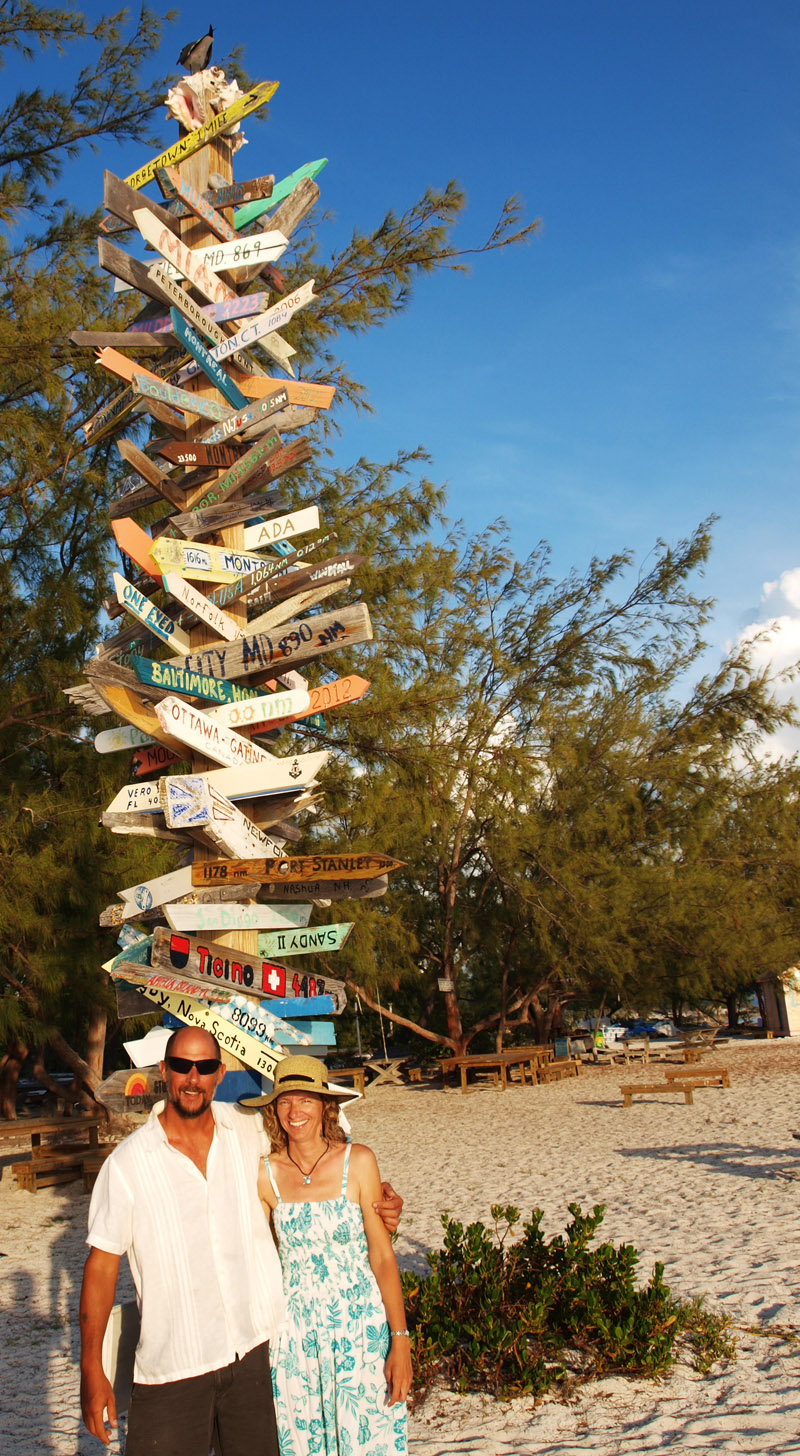 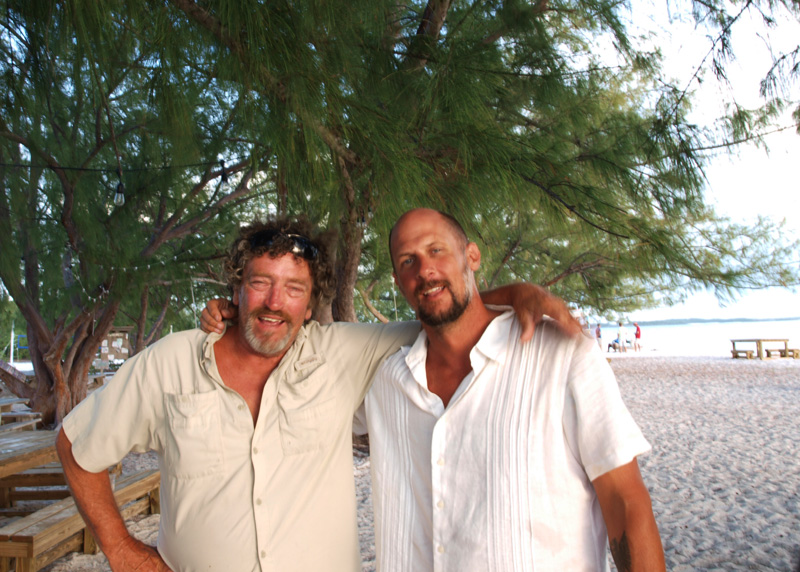 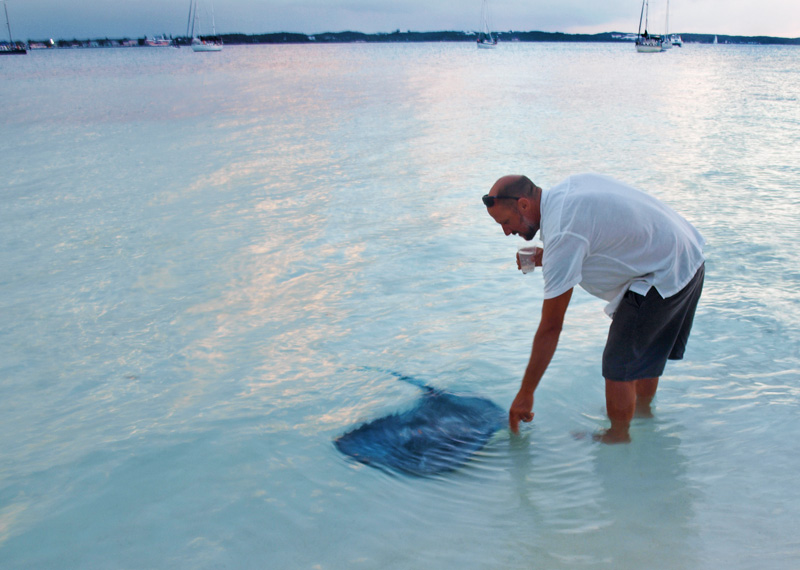 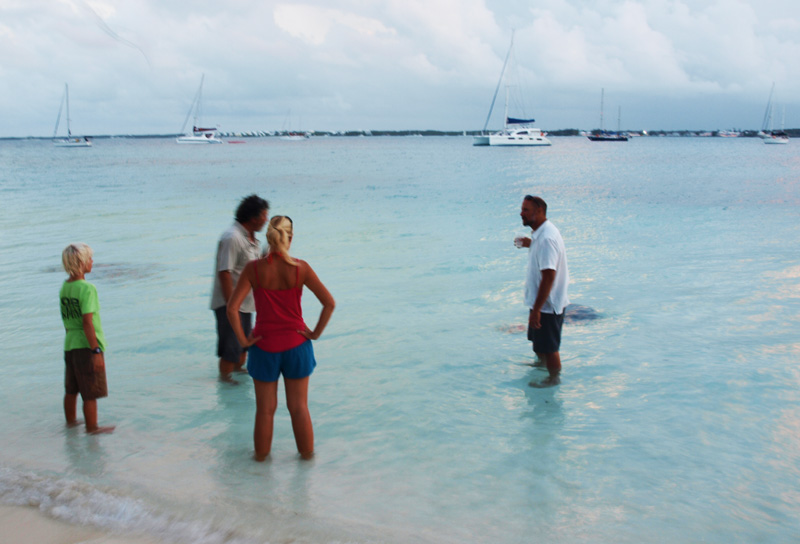