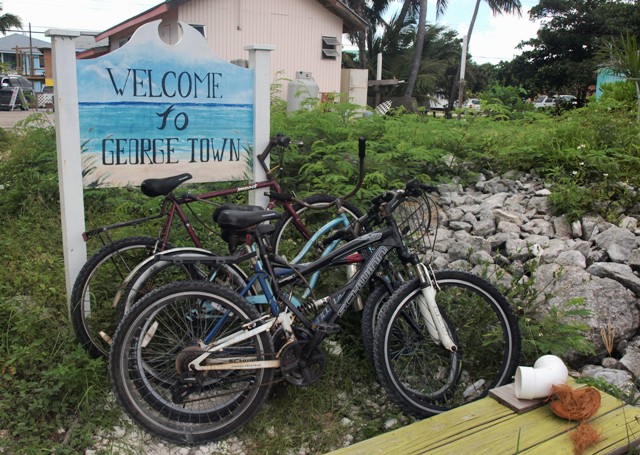 When we arrived in Cape Santa Maria on June 20th, our friends aboard S/V Jingle were anchored in the anchorage. Knowing we wouldn’t be staying in the area long, we didn’t want to bother with unloading the dinghy from our deck. So once we were anchored and settled, Jimi hailed our friends aboard S/V Jingle about possible dinner plans. Within minutes plans were set in place. They would pick us up (free taxi) and we would all go to shore for happy hour and a nice dinner at the resort. The happy hour cocktail was called Bay Breeze, which is made with rum, coconut rum, and pineapple juice (my new favorite). Jimi and I shared a meal of blackened grouper, rice and vegetables. Eric and Sandrine invited us aboard their boat for after dinner drinks including a free taxi ride back to Sanibel.

The following day we had plans to explore the Christopher Columbus monument, but Sandrine got a migraine headache and had to stay in. Jimi and I enjoyed our day resting up, but again that evening they invited us over for barbecued pork spare ribs. Their food and company is always such a pleasure.

Saturday we left Cape Santa Maria. Sailing together, we were able to get pictures under way of each other’s vessels. We’ve been wanting pictures of Sanibel with her sails up and now we’ve got some! Here is a link to a short 13 second video of Sanibel sailing: http://youtu.be/t5fj-W9dPlE. A beautiful day and sail, we arrived in Georgetown late that afternoon. 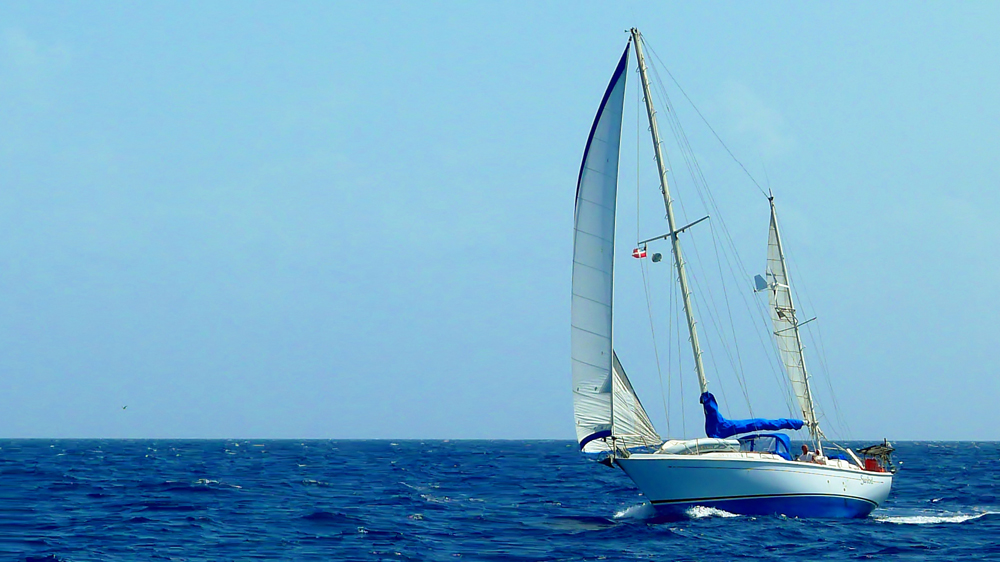 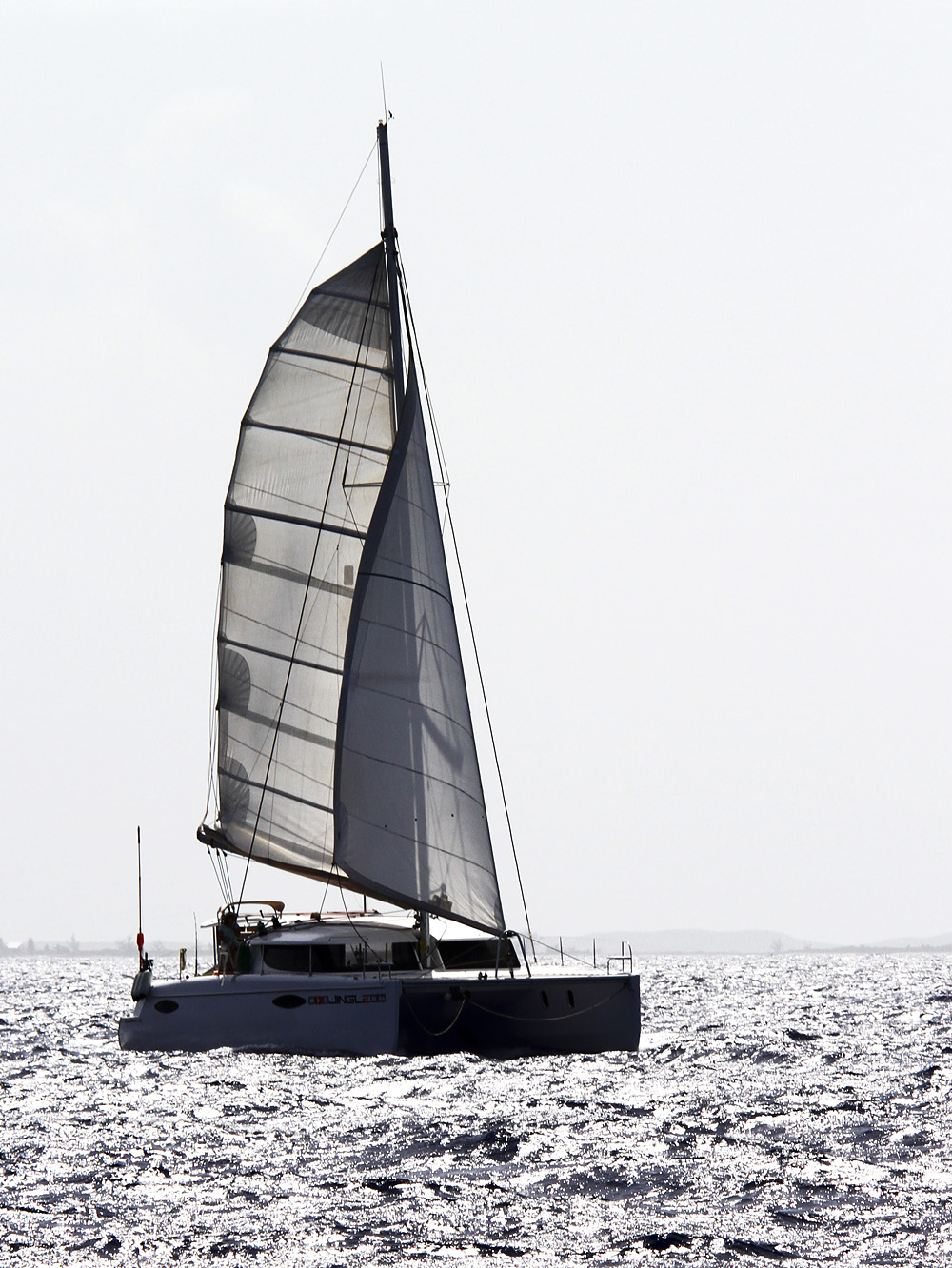 Georgetown has been fun and again we’ve spent several nights aboard Jingle with Eric and Sandrine. We spent a day on shore doing laundry and shopping together and then ate a light lunch at Peace and Plenty.
The following morning Jingle moved across the harbor to anchor by Stocking Island, be we remained close to town. A few hours later Randy showed up. Remember Randy in S/V Kataboo? We’ve run in to him on at least five islands in the Bahamas over the past six weeks or so. He was headed to the Dominican Republic, but blew out his head sail, so he’s back to get it repaired.

We hooked up with four or five other couples, Eric, Sandrine, Randy and four young kids from England for a potluck and bon fire. Good food, good company and a beautiful view – it doesn’t get much better than that. The kids from England, all 25 years of age, bought a 50 foot boat in Florida a few months ago. They are sailing it to Jamaica. Hey…that’s where we were going to go and these kids are right up our alley. They are on a much stricter budget then we are, so they don’t motor AT ALL. While the thought could have crossed my mind for a split second to turn around and boat buddy with them to Jamaica, Jimi said we’ll continue with our modified plan. The kids left Friday afternoon. 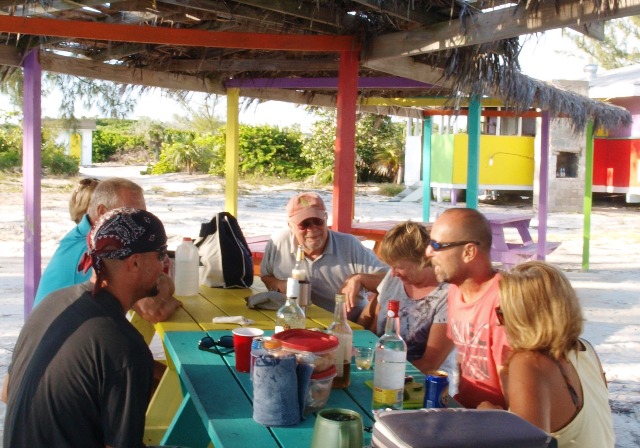 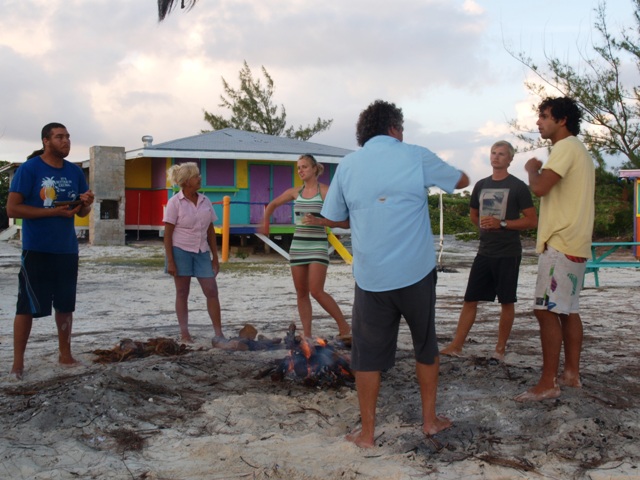 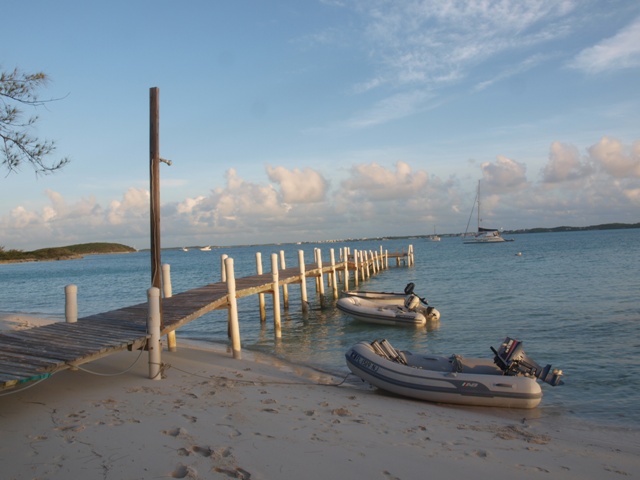 Mortifoid….mortifoid…mortified was the only word that repeated through my head over, over and over after Eric and Sandrine from S/V Jingle came over Friday mid-morning. They popped over to say hello and ask us about going for a hike. It was the first time they had boarded Sanibel and it was the worst timing. Sanibel was a mess: the liter box needed cleaning, the trash needed emptying (both of which smelled), cat hair, dust, sand, lint (the stuff normal sweeping takes care of)and things were laying all over, rather than being put away in their places. I normally follow a cleaning ritual every morning and I’m pretty good about getting it done every morning. The methodical side of me almost always makes sure things are put away in their place and cleaned (unless in use), or I go mad. I can only hope that Eric and Sandrine understand the situation and do not think of us as grubby people. As soon as they left, all I could feel was mortified as I began cleaning…..ha.

We’ve mentioned a few times in the past that our wind generator was not working and then we wrote and said false alarm….all is well. It’s official now…it’s broke! A few months ago we purchased new back up blades, which do us no good now, because the motor has failed. Jimi spent an entire day taking it apart and racking his brain with no success. We must get by on only solar power until we can come up with a solution. Sunny days don’t seem to be a problem, but what will we do on cloudy days? Hmmmm

I’m sending this post before we leave Georgetown, since it’s been a while, but we’ll have more fun things to share about Georgetown visit in our next post. Hopefully (fingers crossed) we’ll be working our way down the Jumentos next time you hear from us. A funny thing happened to us when we were in town Friday afternoon. We met a fella named John from the United States and as we were talking he said “Have you guys heard about the BBQ tomorrow night on Hamburger Beach?” Uhhh – ya that’s us. Haha. Jimi and I arranged to BBQ with Randy, Eric and Sandrine on Hamburger Beach Saturday night and apparently the word spread. I wonder how many people will show up. J So, more to come on Georgetown. 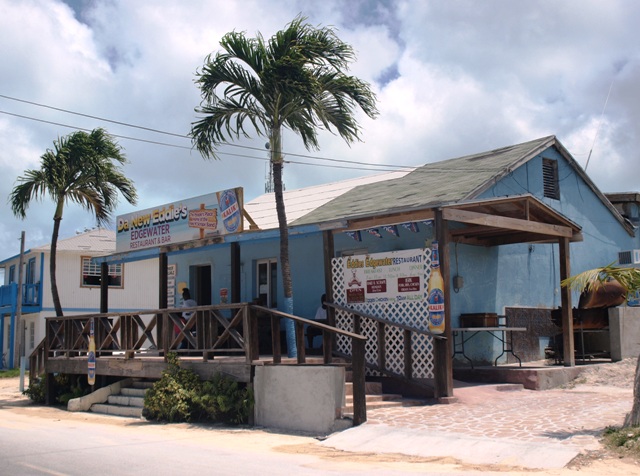 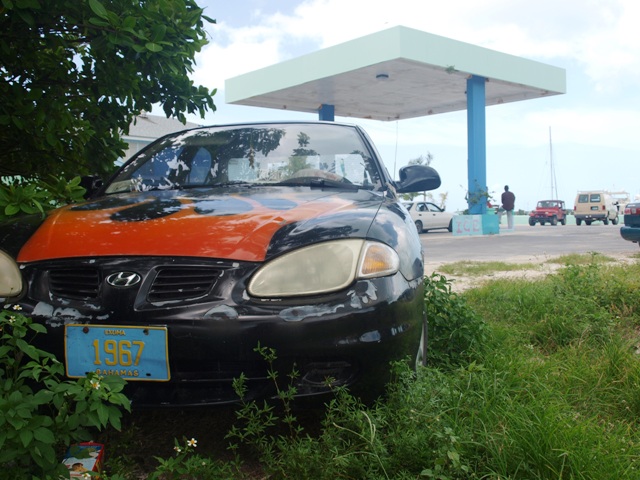 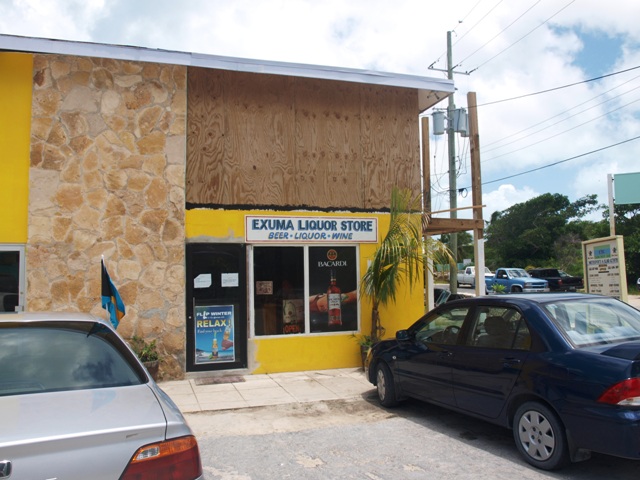 Hope all is well with you!