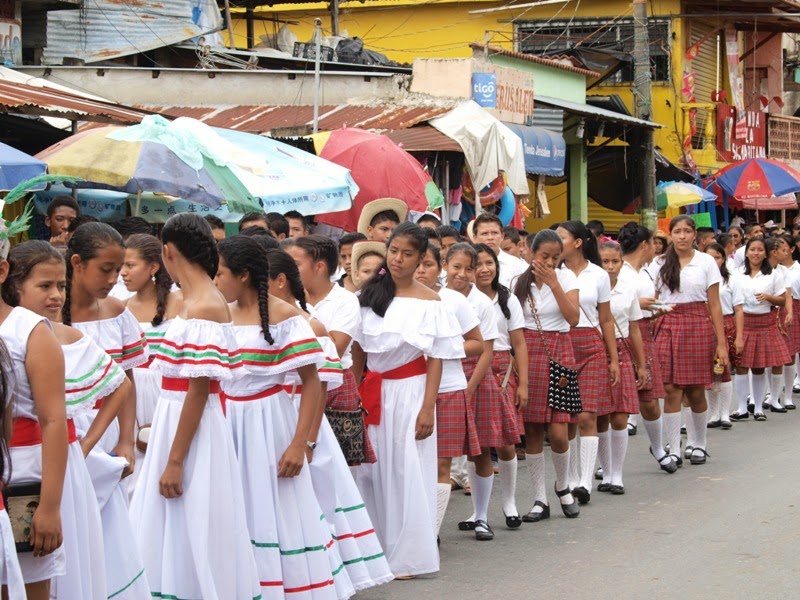 Parade patrons walked through the small town of Rio Dulce. We gathered with the rest of our cruiser friends, (more than twenty of us), cameras in hand  and waited and waited for the parade to begin. No one really knew when it would start, so we just waited. Eventually we saw the lights coming. It was led by a police pickup, an ambulance and a fire truck followed by hundreds of people each representing their own group, school or organization. There were no costumes, only those in uniform. No one danced, occasionally someone smiled. It must be a ‘big deal’ for their culture, but we certainly couldn’t see it on their faces. They did, however, really enjoy having their picture taken. When they spotted Jimi or me, their faces lit and they were smiles galore. 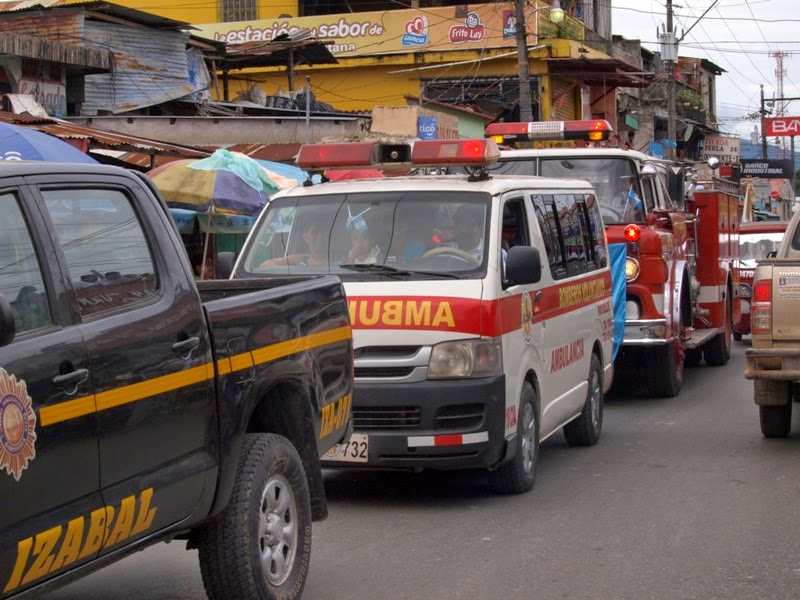 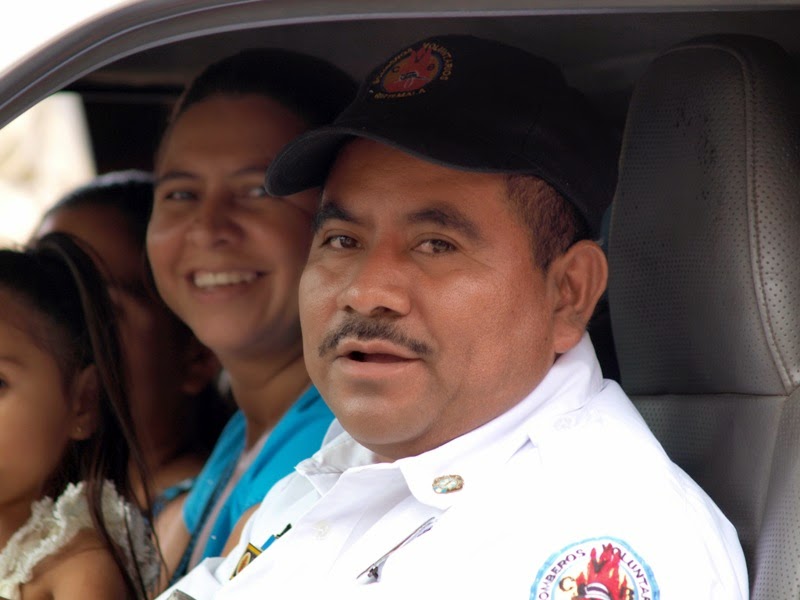 This ambulance driver was very happy to smile for the camera. Unfortunately, I snapped the picture seconds before we saw it. 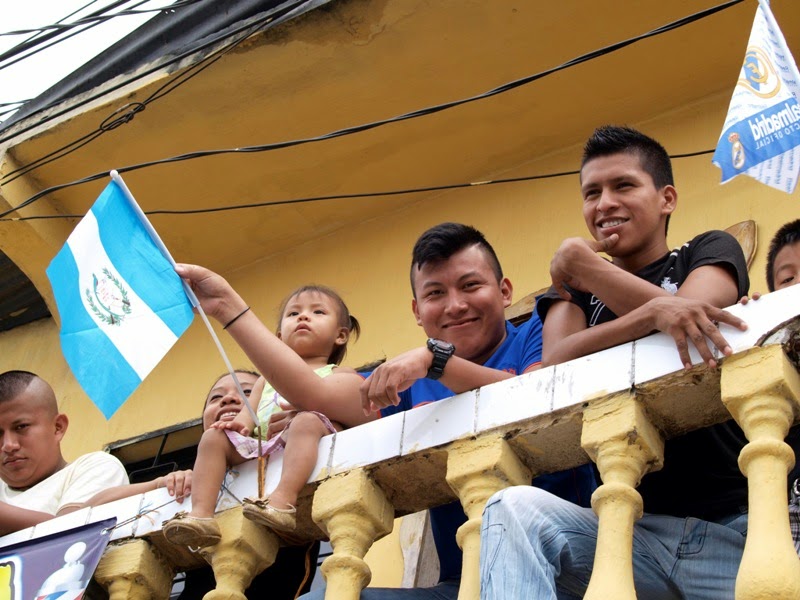 These locals were standing on the balcony above us. They got my attention so I would take their picture. 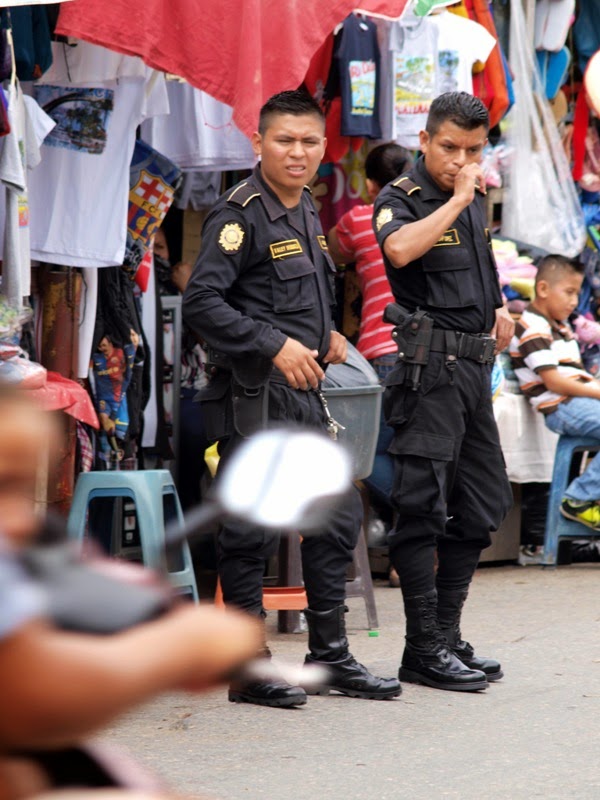 Police standing around to make sure all goes well with the parade. 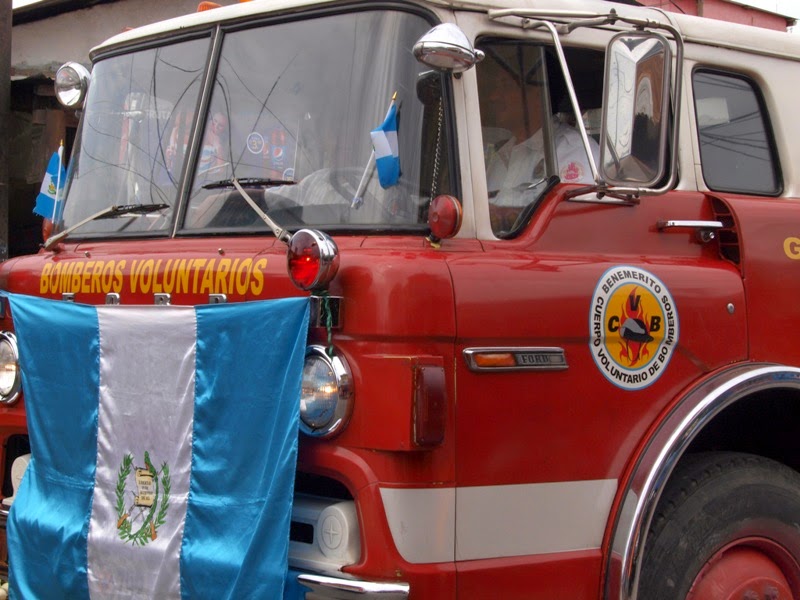 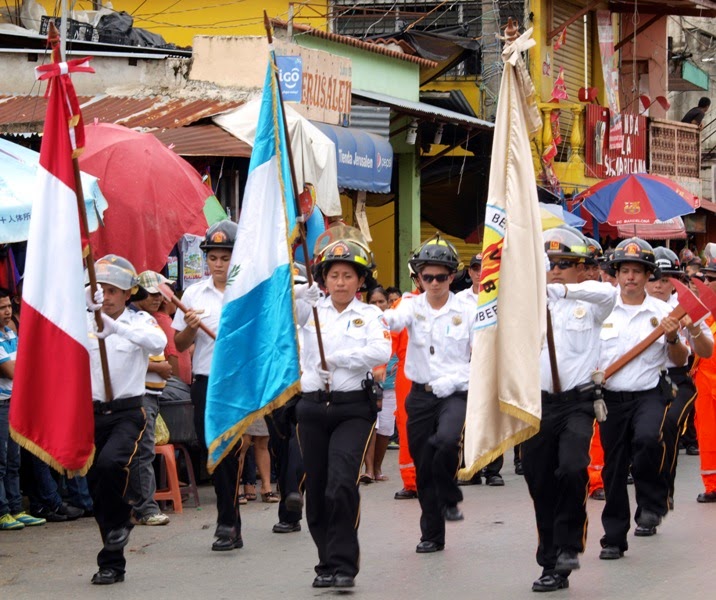 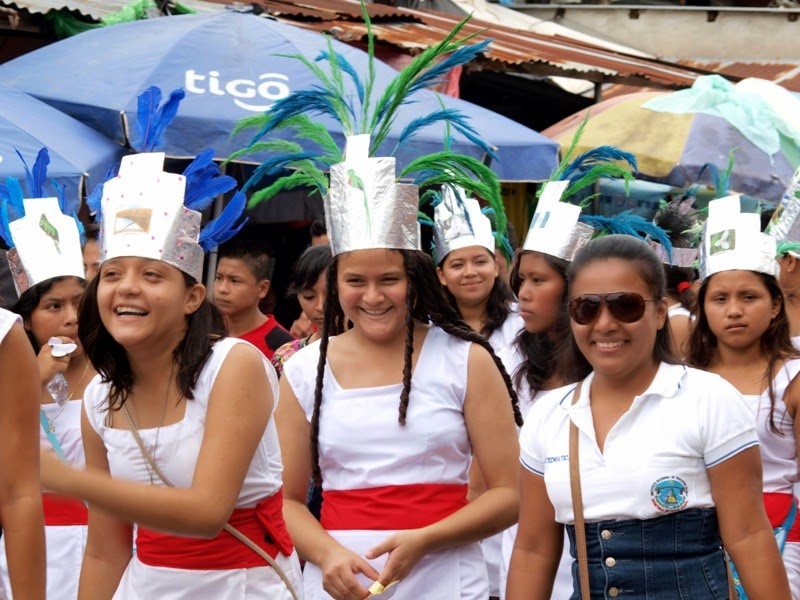 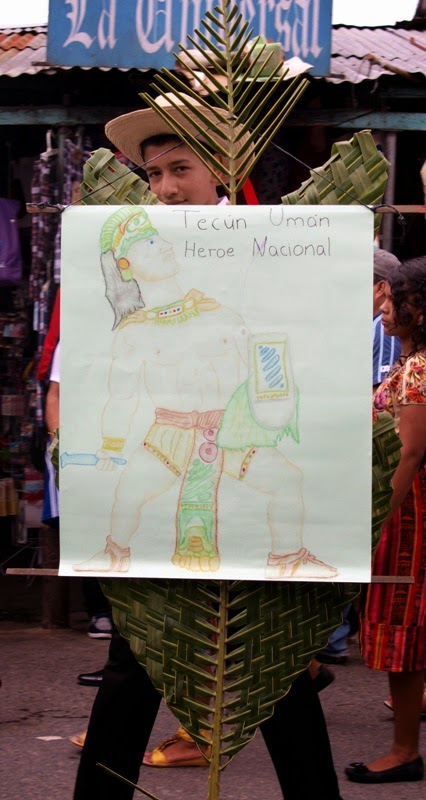 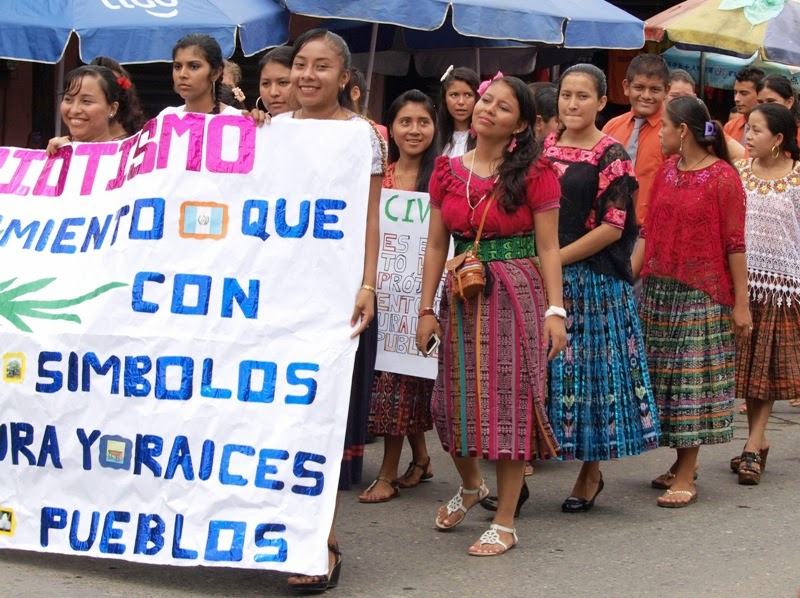 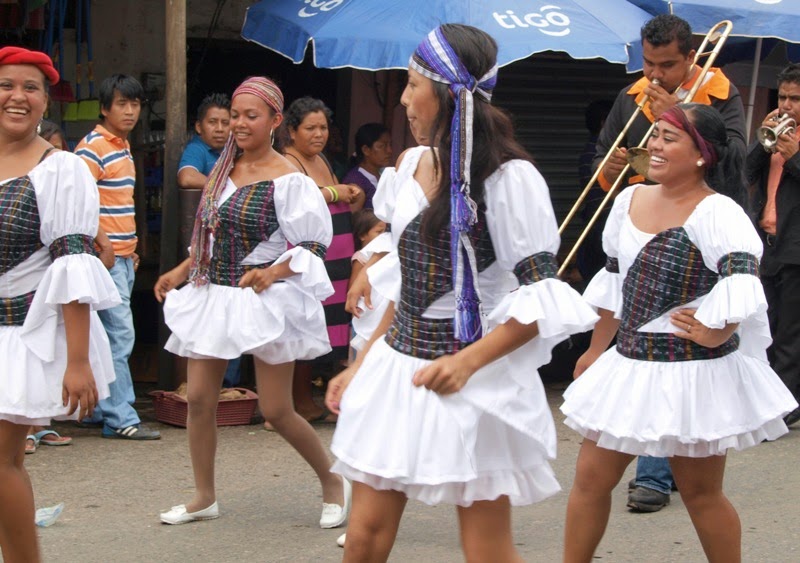 After the parade, we walked across the bridge and back with Allan and Marsha. The bridge is one of the biggest bridges in Central America, tall enough for most sailboats to get under. The view from the top is gorgeous. It’s not uncommon for vehicles to stop at the top to take in the sights. 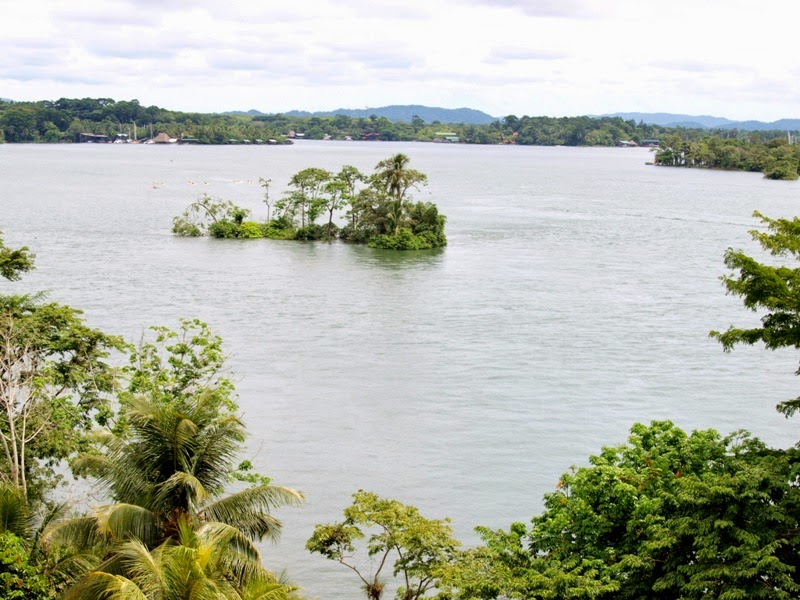 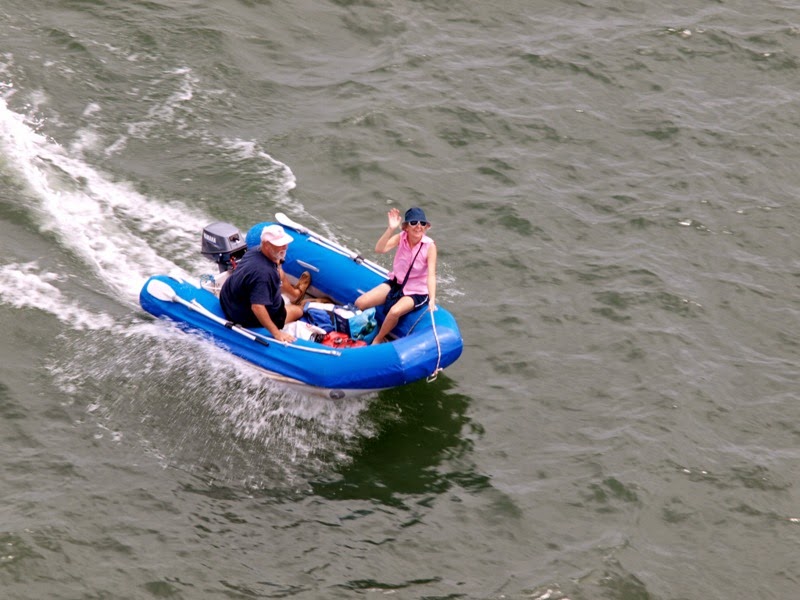 Our friends, John and Lisa going under the bridge in their Dinghy while we were on top of the bridge.

We heard there would be fireworks in various places around us, but we didn’t watch, anyhow just about firework time, mother nature hit us with a massive thunder storm. We were safely tucked in Sanibel’s belly. After the rain we heard music from a distance. I suspect the festivities continued just across the river from us under the bridge.

We’re thankful for the thunderstorm. We got enough rain to fill our fresh water tanks. Not really knowing their level, only that we haven’t filled them in what seems like months, we have a feeling of ease now. 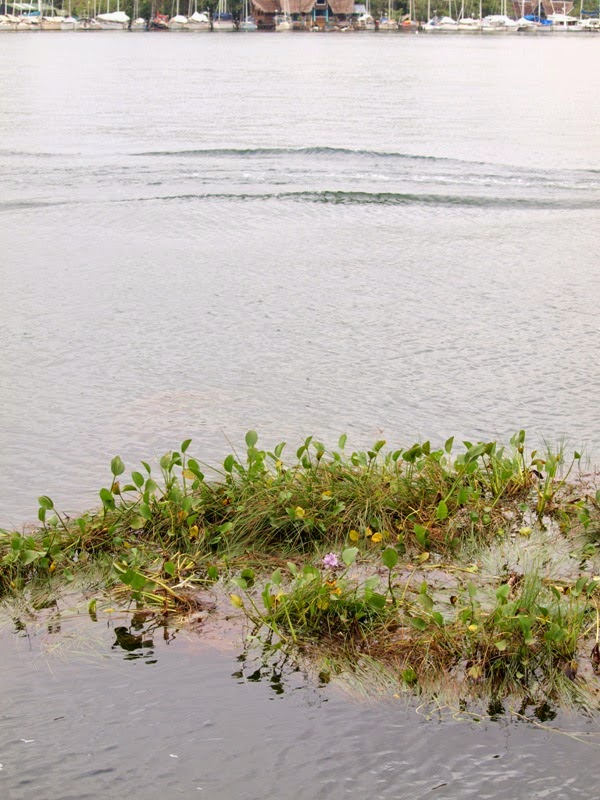 This floating island is a common sight to see on the river. We had one four times this size stuck to our anchor lines a few weeks ago. Birds take advantage of them for a free ride and as a means for hunting. 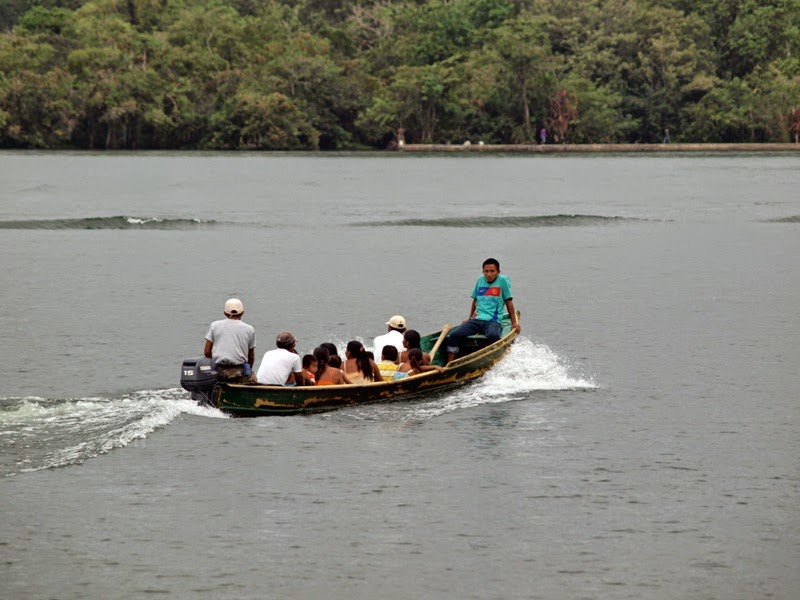 A local boat crossing our bow. 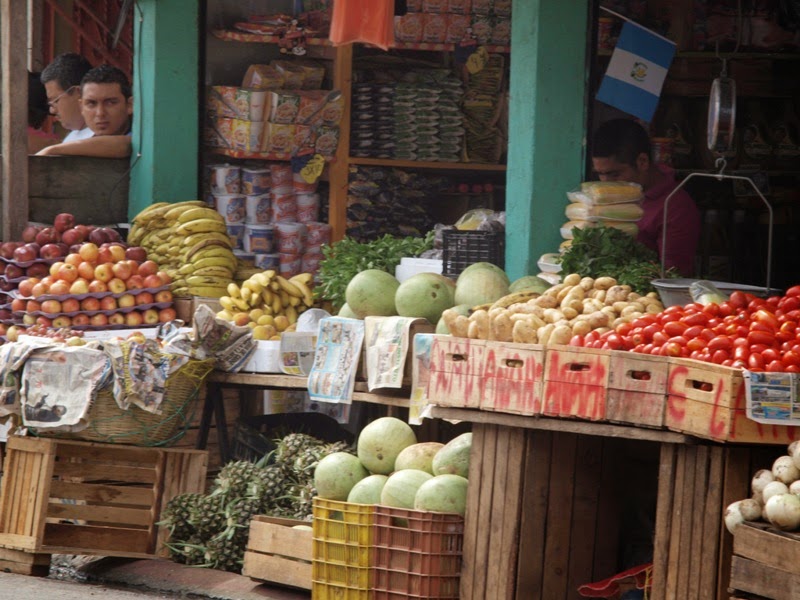 Fruit and veggie stand in town. 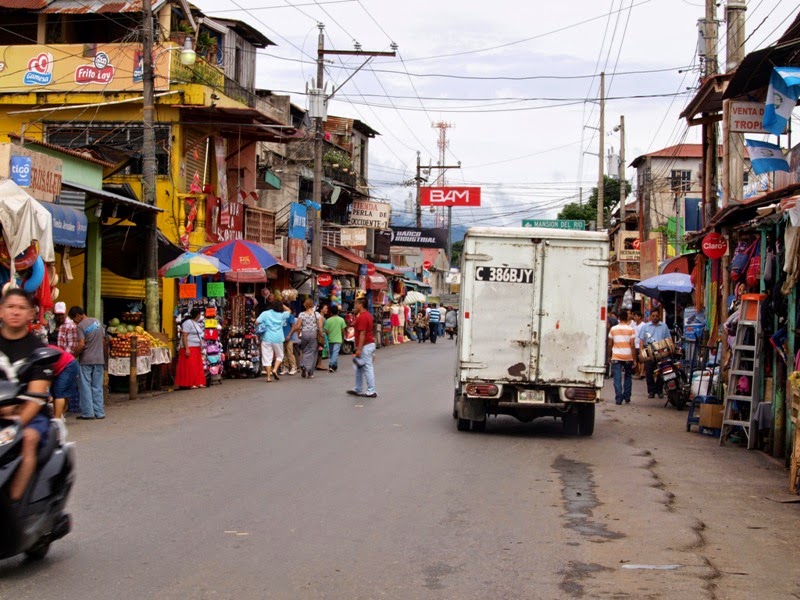 The street in town at one of its less busy times, as we are waiting for the parade to come.

We’re off for a ten day adventure inland. Traveling with two other couples, first we’ll pop in to Guatemala City and then Antigua. We’ll be back with ya when we return.

Posted by Lorie Nicolaus at 7:02 PM