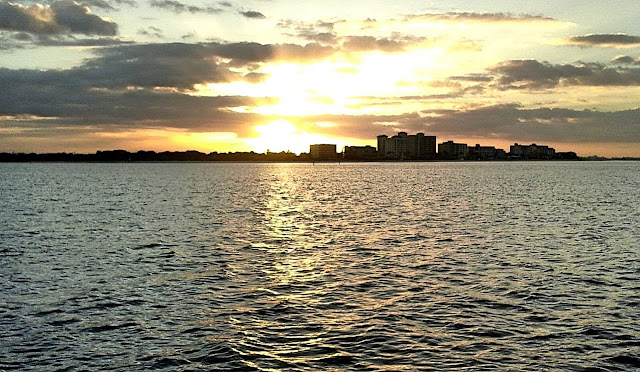 At it again – arriving at Fort Meyers Beach on Sunday, we anchored near the beach. We went to shore for a quick walk before the bugs came out. Monday morning we went back to the beach to collect sea shells. The tide was out by over a foot giving me an extra hundred feet of sand to search through; sand that would normally be under water. I’m happy with my finds. 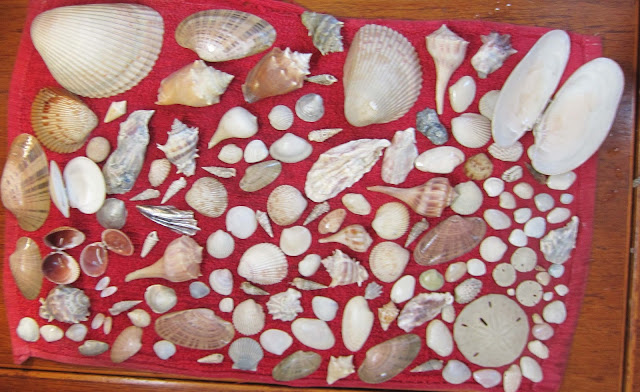 Just before lunch we motored in to the mooring fields. The mooring fields were full up due to the bad weather we’ve been getting. We got lucky though – two boats left leaving two balls open for us to snatch up; one for Sanibel and one for Windygo. 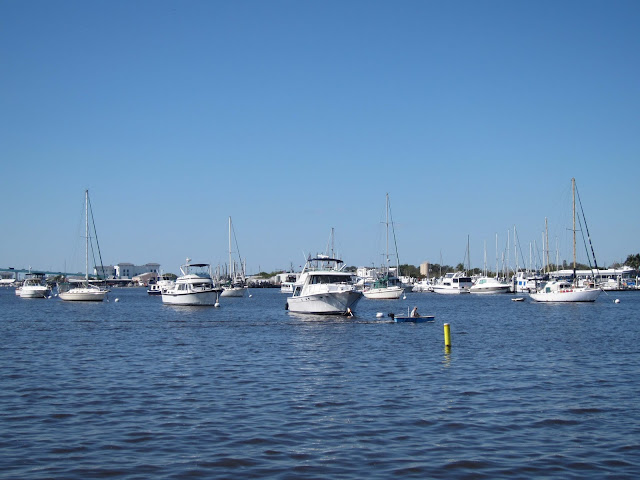 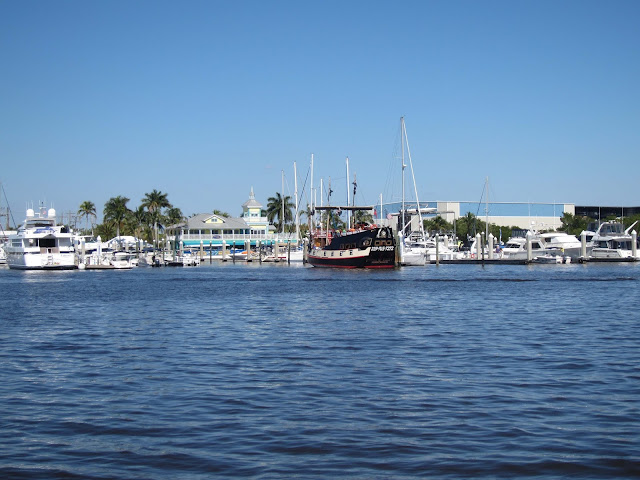 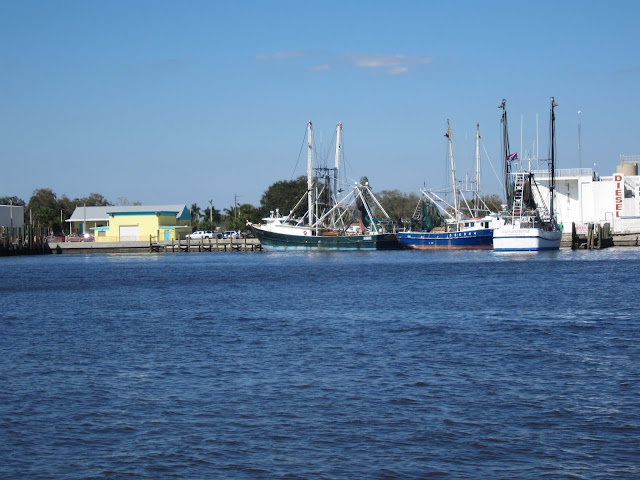 The Fort Meyers Beach area on Old San Carlos Island is a nice place. It’s a little touristy, but still nice. There are lots of great eats. Bob treated Jimi and me to dinner at the Yukon Beach Stand and then we walked the pier before returning to our vessels for the night. 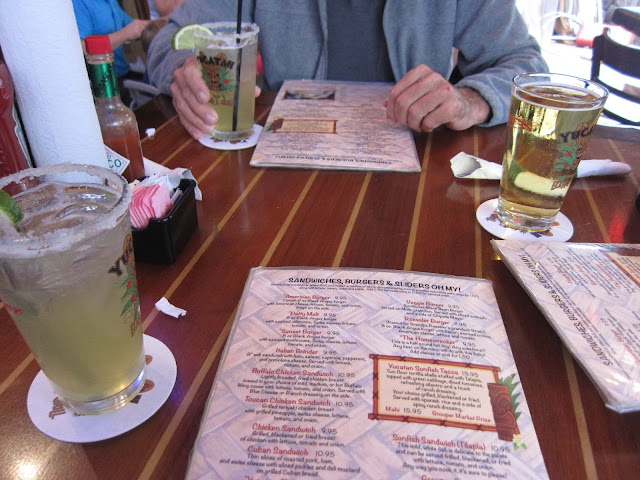 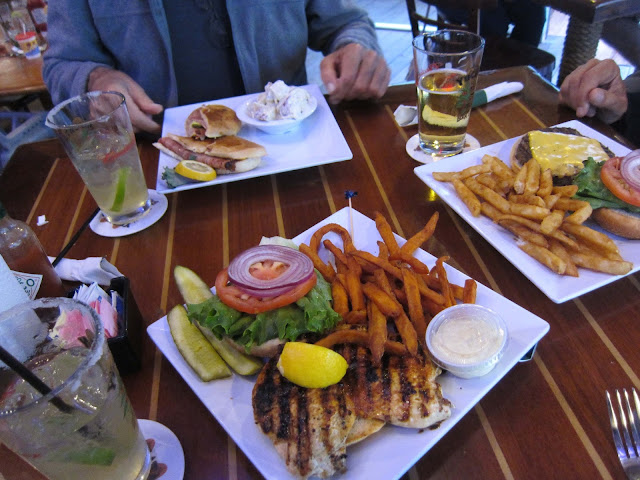 Paying for a mooring ball gives us access to showers (which we took full use of), laundry, water and Wi-Fi. The down side with their Wi-Fi is there really isn’t a place to use it. 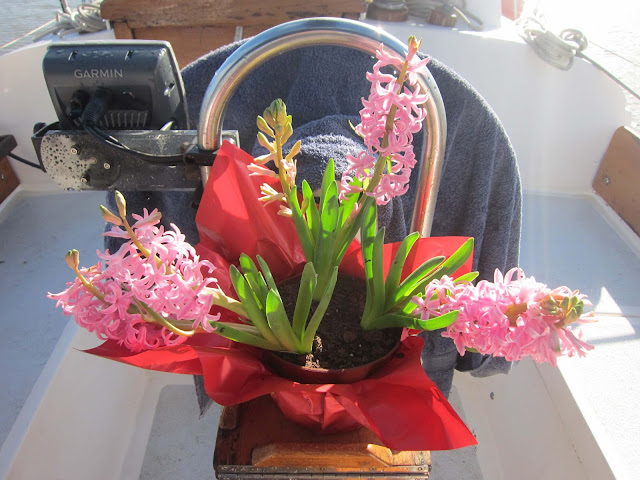 My flowers are doing great. We set them outside during the day and bring them inside at night. 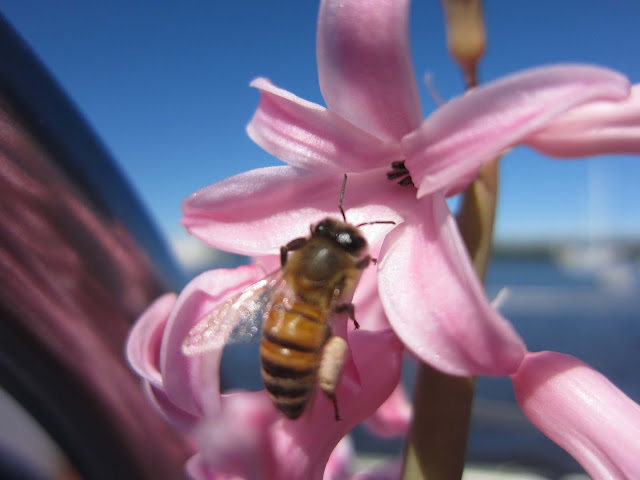 This is one happy bee at sea.

The lymph node on the right side of Jimi’s face has been swollen and he generally hasn’t felt good since November. He finally went to a walk-in clinic to see a Doctor. He found out he has a sinus infection and now has a prescription and on his way back to being in tip top shape. 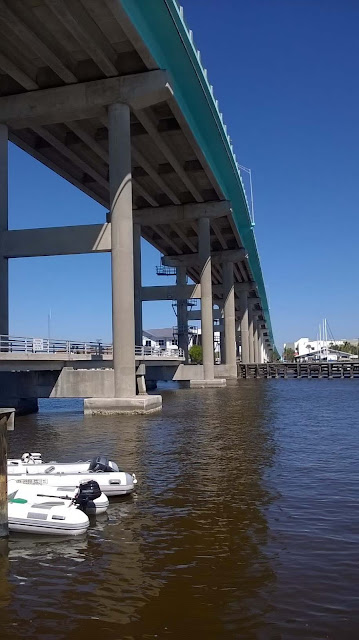 Under the bridge to Fort Meyers Beach. 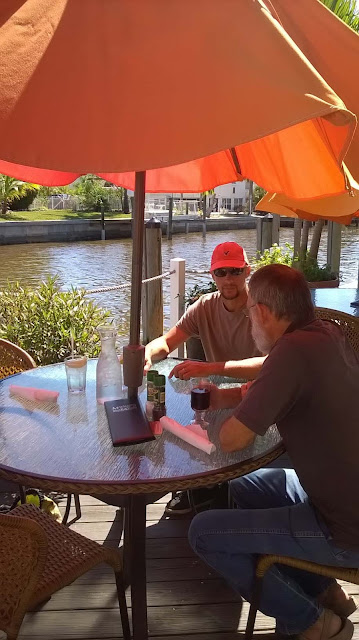 A quick and final lunch before leaving the island. 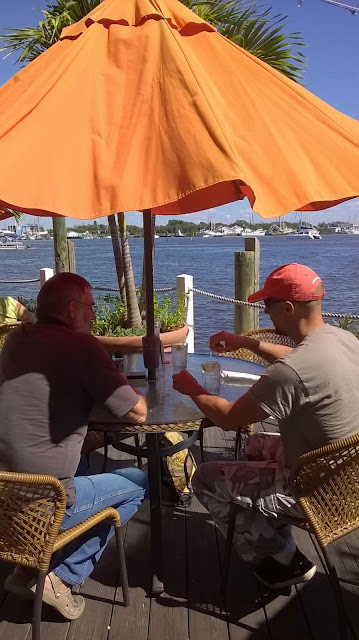 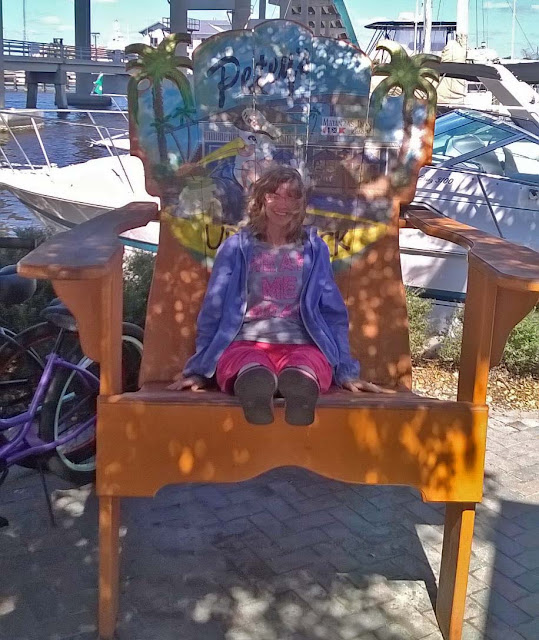 After three nights on the mooring ball, we left the field anchoring by the beach again. Upon anchoring whenever Sanibel would swing around the helm wheel would turn. In addition we could hear some sort of banging on the hull. Jimi determined there was something on the ocean floor knocking in to our rudder. He promptly pulled anchor and moved. We’re hoping there’s no damage to the rudder; there’s no way to tell right now, as visibility would be an issue if he dived down to take a look. Keeping our fingers crossed. 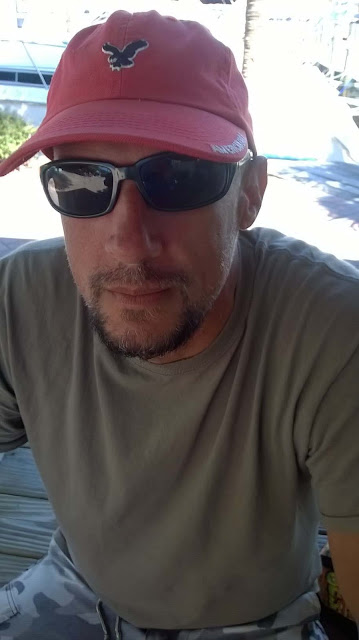 Jimi pulled anchor promptly at 7am for, roughly, a seven hour sail to Marco Island, Florida. At first the seas were calm and we were smoothly sailing along at 6 knots. Then later we were getting wind gusts, which were fine, but made things a little rougher.
We arrived and anchored at Marco Island about 2 pm. 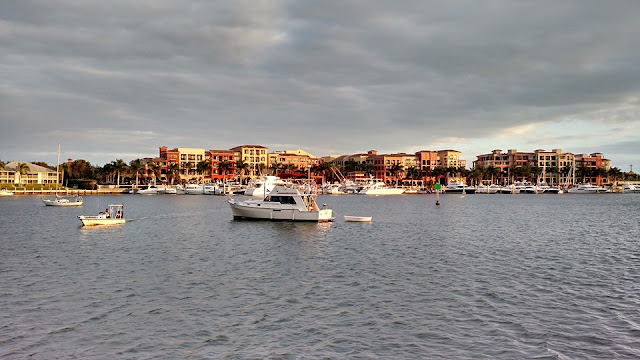 Bob picked us up in his dinghy and we went to shore for a preliminary look around, an afternoon snack and a cup of coffee.