Neither Jimi or I can really say we did much at all this past week. I did a little work for Cencorp, a lot for Crocs and otherwise laid around the house. Jimi was just beginning to feel better, while I began feeling the onset of a head cold.


Jimi had a bit of a selling streak - Yea for him. Within a couple of days, he sold several large ticket items, which helped replenish his purchasing income. He scored a great deal of camera gear on Craig's List, which he will turn around for resell He installed our new espresso machine in the kitchen and we are now enjoying Starbucks worthy lattes right from home. The old Rancillio has gone to a new home, which means there's no turning back now. 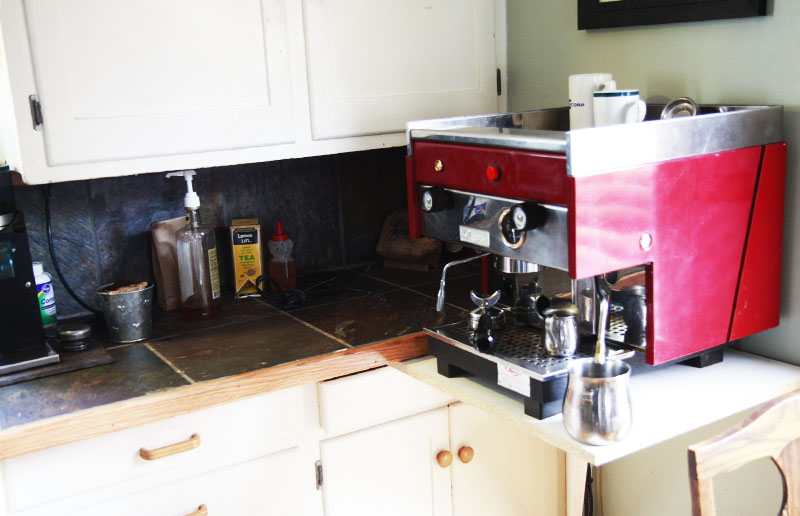 Even though we were a bit under the weather, we helped Tracy get rest of her things out of storage and after that I locked myself in my room for a good portion of the weekend. I managed to detour from a head cold, thus far anyhow, and we did a few little things such as: take a drive in the LTD and another on our bikes. We took the dog for a walk on the St. Vrain Trail, while Jimi road his bicycle and I roller bladed - or to clarify - tried to roller blade. Just as we began our adventure Miller stopped right in front of me and I fell crashing to the ground twisting and crunching my right wrist, as well as a hard hit to my tail bone. However, I felt I was tougher than to let a silly little fall stop me, so against Jimi's judgement, we pushed on. We made it to our turn around spot without anymore disasters until about half way back I tried a to stop (to let Jimi catch up), yet I had way too much momentum on the downward slope and this time I really hit the ground hard. It was a frontwards fall and I again injured the same wrist and bruised both knees. I'm not really sure what happened with my tail bone in this fall, but I do know that it really hurts. :-) Needless to say, I took those damn roller blades off my feet and limped barefoot rest of the way home. Jimi endlessly tried to get me to ride on the handlebars of his bike, but there was no way in hell I was getting on anything with wheels.


For Jimi rest of the weekend consisted of cups of hot tea to sooth his sore throat and buying and selling. For me it was ibuprofen, hot chocolate with peppermint schnapps, and homework.


Our original plans for the weekend had us going to my parents house in Nebraska for Pork Days; however, when I began feeling the pressure in my head I asked Jimi if we could stay home. He reluctantly agreed. We probably could have gone, but that's ok. We are hoping to get out there next month sometime.


That's all for now. Hope all is well with you.