Here we are already in December. Jimi and I should be sailing south now, but we aren’t. Four days before our planned departure date we received notice that Sanibel’s registration with the U.S. Coast Guard expired. To make things worse we were informed they are backlogged by four months. Without this documentation we would be unable to enter another country, so we must sit and wait. We’ve requested priority handling and are told our chances of approval are good. However, we’re not sure what time frame priority handling gives us. We are guessing a month or so. In the meantime we are anchored  in Key West taking full advantage of all the town has to offer. 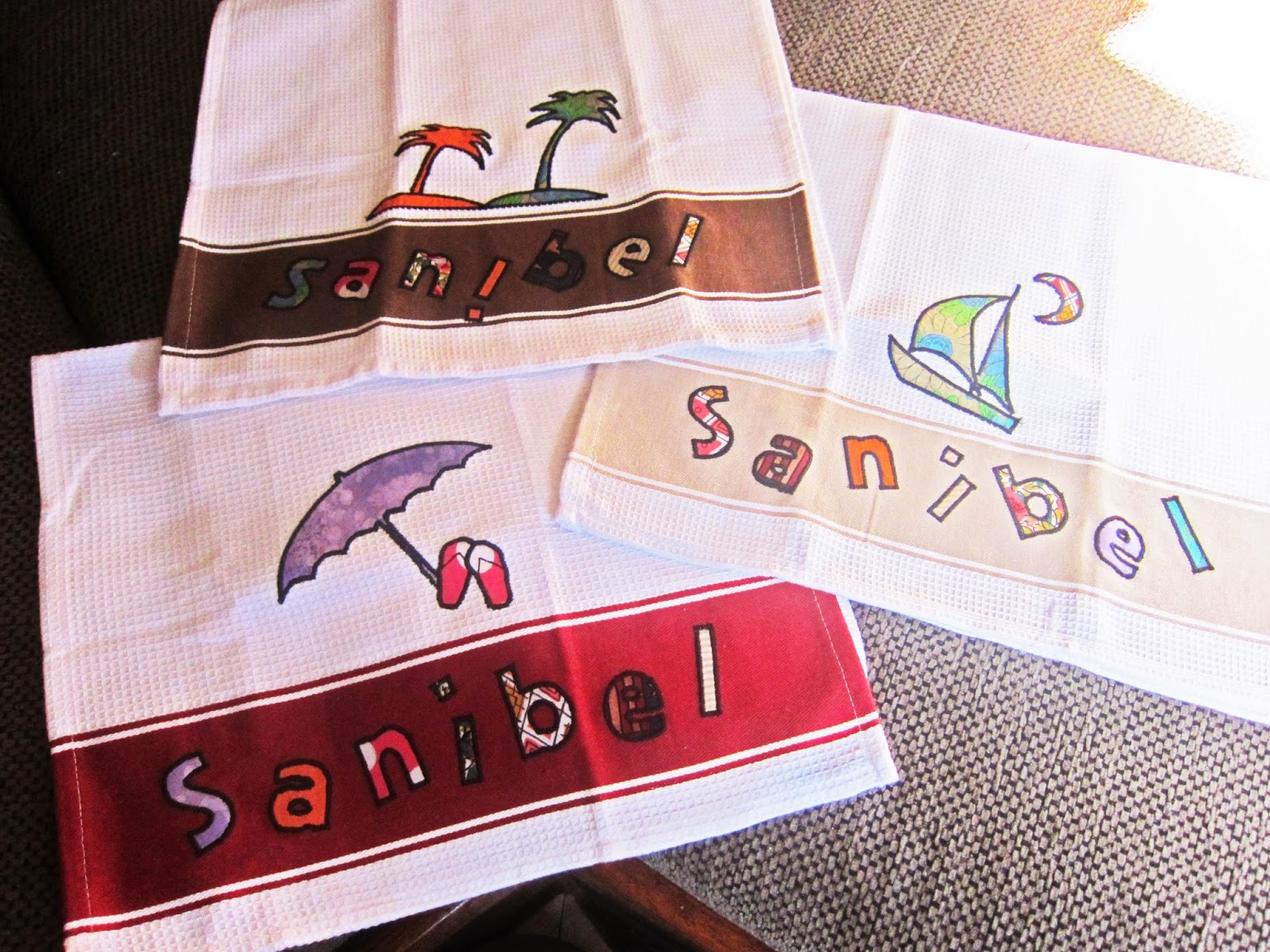 Personalized tea towels made by My sister, Marie, and myself.

I arrived home from Nebraska on November 19th where an eagerly awaiting Jimi met me at the airport. I brought back a large box and a suitcase full of second hand goodies to add to Sanibel’s character. After nearly a year of living aboard, we decided to decorate. Filling our time hanging framed pictures and patchwork curtains, Sanibel’s interior has gone from a dull brown to a colorful, warm and funky home. We have thirteen photos of family members and six of our own works of art which include a signed map from Meers at 5 Pointz in New York City, the U.S. flag, our 1967 LTD, a Cuban chug from Fort Jefferson in the Dry Tortugas, the Eiffel Tower in Paris, a Pagoda in China and a cross stitch photo of a parrot taken in Brazil. 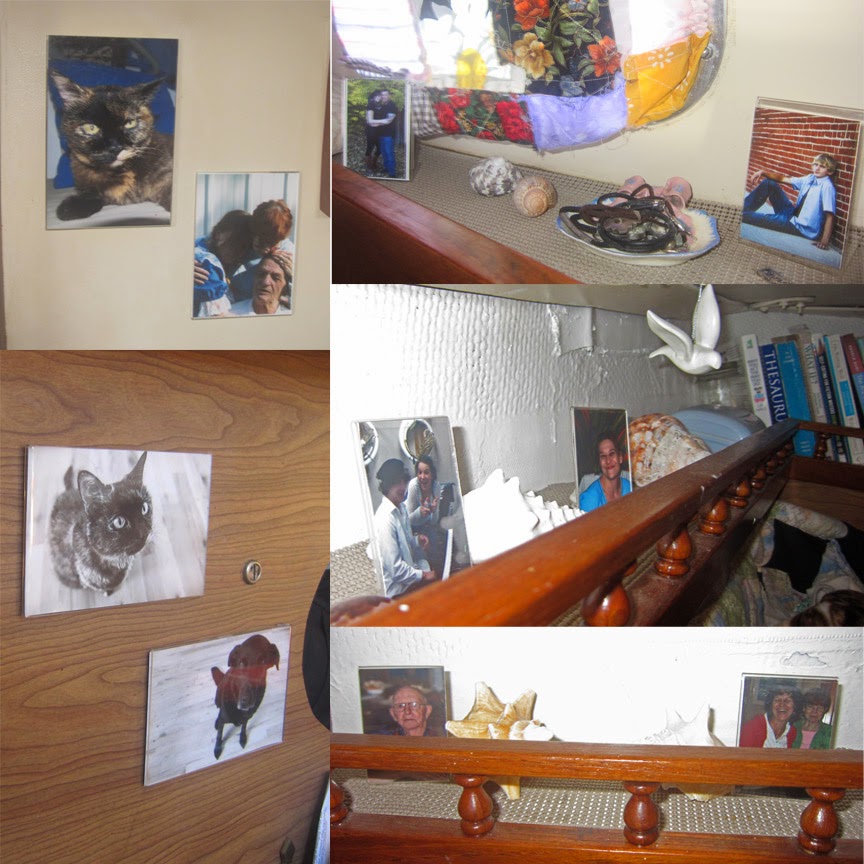 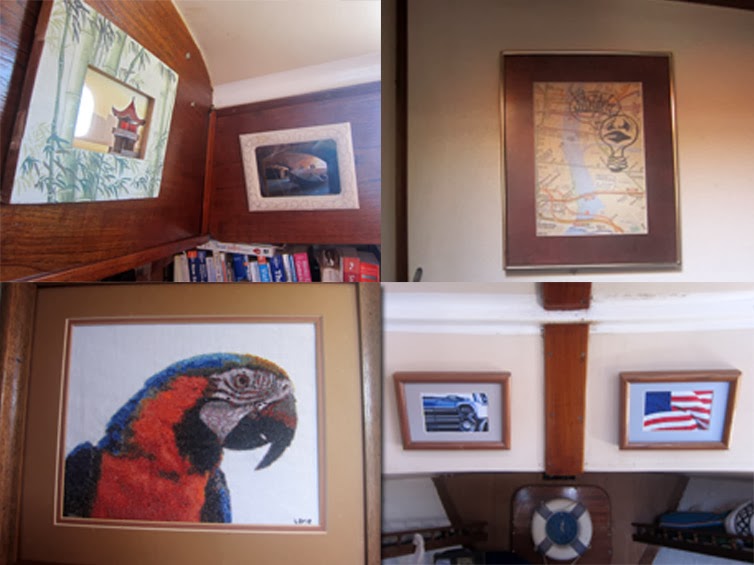 While I was away, Jimi spent much of his time on cosmetic enhancements to Sanibel. He painted the interior hull sides in the berths and the ceiling. He added vent covers, redistributed weight and re-provisioned.  The difference is astonishing. We purchased kitchen ware to help us with the rust problem like a ceramic knife and a silicone bread pan. We’ve installed a set of drawers in the galley cabinet making organization and space more manageable and added to our funky decor with a couple of cool plates and soup bowls. Along with our new style I’ve adopted the Croc’s motto “Funk free and Funky”. Fitting, don’t you think? 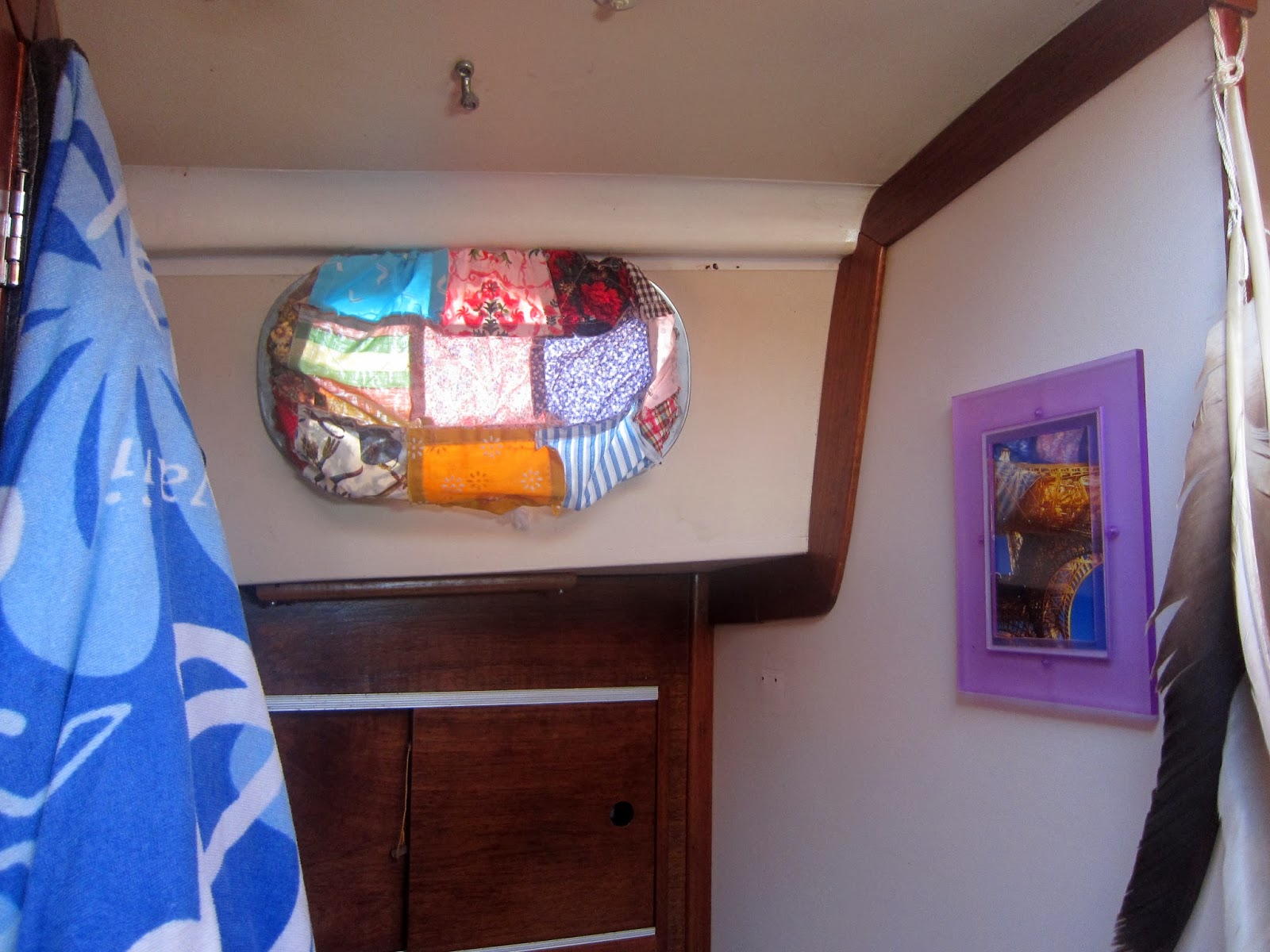 We celebrated a extraordinary thanksgiving day meal. Jimi grilled a four pound turkey breast. The tender white meat was beyond better than what we expected. The rest of our meal was a traditional display of ‘yummy-ness’. While disappointed we are unable to leave as planned, we are thankful for what we have and to be in beautiful warm Key West. 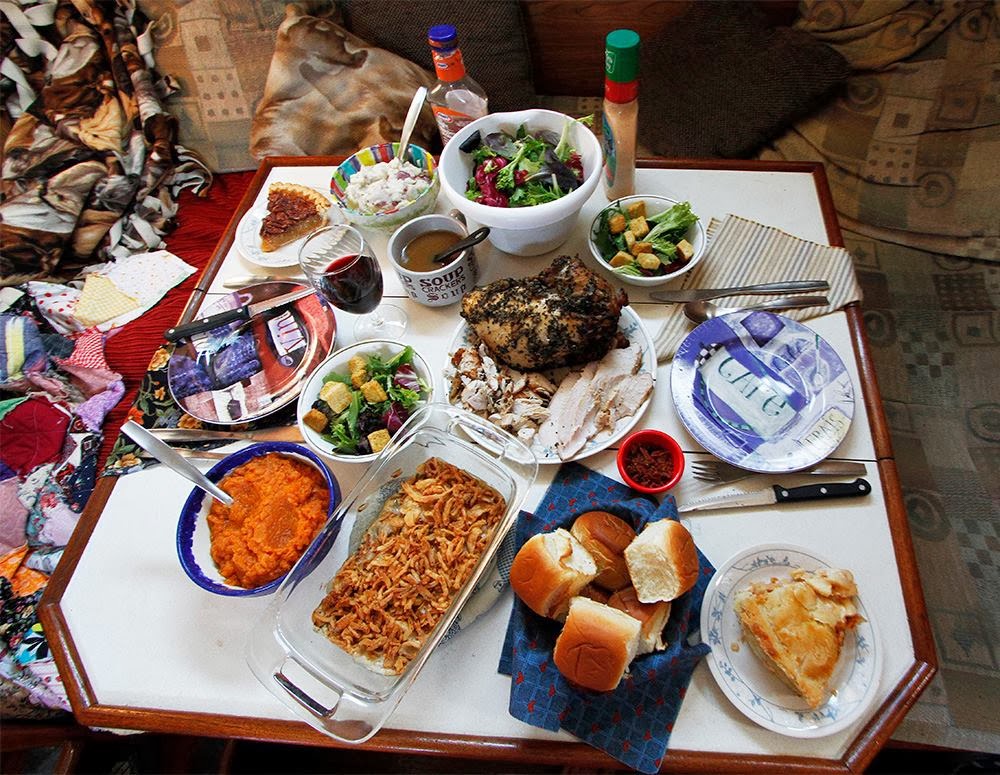 Posted by Lorie Nicolaus at 9:37 AM